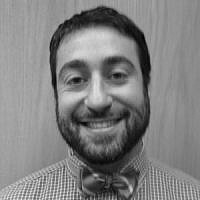 The Blogs
Nicholas Saidel
Apply for a Blog
Advertisement
Please note that the posts on The Blogs are contributed by third parties. The opinions, facts and any media content in them are presented solely by the authors, and neither The Times of Israel nor its partners assume any responsibility for them. Please contact us in case of abuse. In case of abuse,
Report this post. 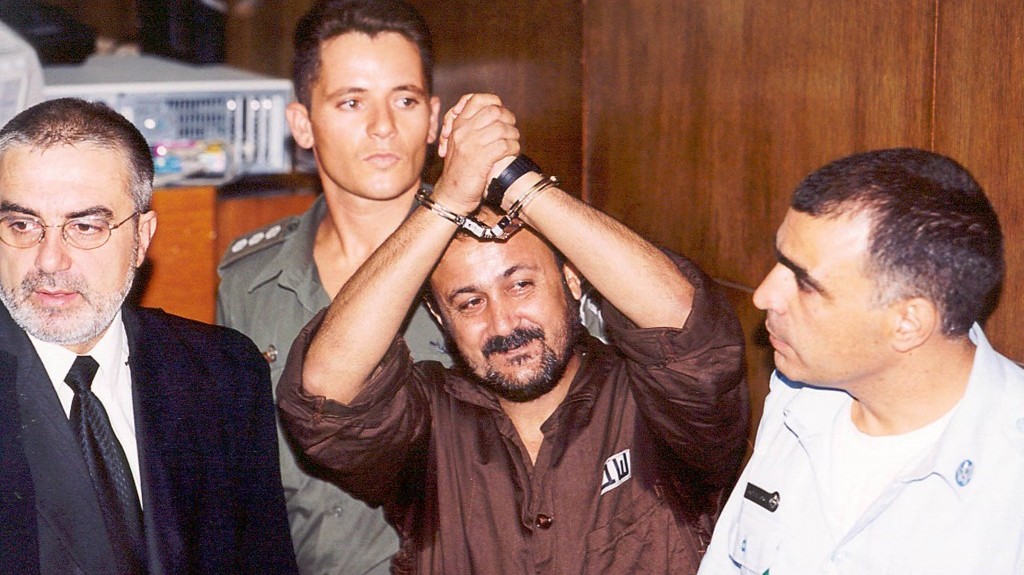 Rumors are circulating that Mahmoud Abbas, the 80-year-old president of the Palestinian Authority, will soon resign. The individual elected to succeed him will, in large measure, shape Israel’s security matrix for years to come. While Israel cannot select Abbas’s successor, it can help ensure that this political transition is smooth and leads to an era of peace and justice for both Israelis and Palestinians. Circumstances are such that one move in particular would serve this goal well: the release of Marwan Barghouti from prison.

Currently serving five life sentences for his involvement in the murder and attempted murder of Israeli civilians and soldiers during the Second Intifada, Barghouti carries considerable weight on the Palestinian street. He consistently polls as the top contender to replace Abbas, notwithstanding his imprisonment. His widespread popularity stems, in part, from his resistance to the Israeli occupation. Also, he is regarded as one of the few Palestinian leaders who is not tarnished by accusations of corruption. While many in Israel consider him an arch-terrorist who deserves to languish in jail for for his despicable crimes, there is good reason to believe his release is aligned with the security interests of Israel.

First, releasing Barghouti would strengthen the Palestinian Authority to the detriment of Hamas. The PA is suffering from an erosion of legitimacy due to its failure to deliver on the promises it made to the Palestinian people. Barghouti’s high profile release, if carried out in conjunction with the PA, would restore faith in this governmental entity and help prevent its collapse. It would also contain Hamas, which tried and failed to secure Barghouti’s release in the 2011 Gilad Shalit prisoner swap. The release of political prisoners is a core concern for Palestinians and Barghouti’s imprisonment embodies this issue. Polls indicate Hamas is more popular than the PA in the West Bank, where Hamas wishes to establish a second terrorist enclave from which it can attack Israel. The release of Barghouti would mitigate the risk of a Hamas takeover of the West Bank by reinforcing the PA.

Second, Barghouti is the only potential candidate that can bridge the ever-widening gap between Fatah and Hamas. In this capacity, his release and presumed election will serve two purposes that will enhance Israeli security. It will both hasten the reconstruction of Gaza and likely begin the process of restoring a PA presence there. Israel’s national security interests dictate that it must do all it can to rehabilitate Gaza, which will present an increasing security threat as development remains stalled and its economy withers. Gaza may be uninhabitable within five years and there is a growing Salafist (read: Islamic State) presence in the coastal strip, a portent of the extremism to come if progress is not made soon.

Much of the foreign aid slated to rebuild Gaza is contingent upon the return of the PA to Gaza to administer the process and resume control of border crossings. Hamas’s demand for Barghouti’s release reflects it is not deaf to public opinion and that Barghouti is viewed as less of a threat than Abbas. A government under Barghouti’s leadership will probably be allowed into Gaza, which will hasten the redevelopment of the Strip and simultaneously reestablish a PA foothold there. This will diminish Hamas’ current absolute power in Gaza and, by necessary implication, Iran’s influence as well.

Third, the release of Barghouti would reenergize the currently stagnated peace process and improve the chances of a peace deal based on the two-state solution. As many within the Israeli political and military establishment agree, the greatest national security threat to Israel is not Iran or Hezbollah, but rather the occupation and the consequences thereof. If released and elected, Barghouti’s credentials as the symbol and hero of Palestine will make a proposed deal with Israel far more palatable to the Palestinian public than if presented by another Palestinian leader.

Barghouti’s release will demonstrate to Palestinians – now on the verge of a Third Intifada — that Israel is serious about negotiations and will take tangible, if somewhat painful, measures for peace. Israel’s growing isolation, also a threat to its long-term security, would be curtailed by such a proactive gesture of good faith and would rebuild international confidence in Bibi’s intentions. Barghouti’s release could also be leveraged to postpone or otherwise slow down unilateral moves by the Palestinian leadership at the UN.

There is no way to erase or excuse the violence attributed to Barghouti during the Second Intifada. However, looking at his life holistically, Barghouti is a political leader not a military one. As former Israeli official Yossi Beilin once said, “Barghouti is not the Dalai Lama or Gandhi… [but] Anybody who is seeking a Palestinian partner who can ‘sell’ his people on a peace agreement with Israel must concede that Barghouti is one of the few men who can do it.” Barghouti is a man with a pragmatic approach to the conflict. He is fluent in Hebrew, speaks to the Israeli media, and at one point reportedly had the phone numbers of half the Knesset. While his statements on the use of violence are contradictory at times and seem dependent on the political climate (e.g. he has in the past called for both unarmed and armed Third Intifadas), he is an unabashed supporter of the two-state solution. Tellingly, in 2013, Barghouti reiterated his longstanding commitment to the two-state solution: “If the two-state solution fails, the substitute will not be a bi-national one-state solution, but a persistent conflict that extends based on an existential crisis – one that does not know any middle ground.”

A truism within Israel is that it takes a hawk to make peace. This aphorism holds true for Palestinian politics as well, as the Palestinian public will be more trusting of, and more willing to accept, an agreement signed by a leader utterly immune from attacks as being weak, corrupt or a collaborator with the enemy. Barghouti fits this bill perfectly. He is a hawk, but one who believes in peaceful coexistence with Israel as Palestine’s future neighbor. As Barghouti stated in his 2002 Washington Post op-ed, a year after Israel tried to assassinate him: “I still seek peaceful coexistence between the equal and independent countries of Israel and Palestine…I do not seek to destroy Israel but only to end its occupation of my country.”

The Israeli government should take advantage of the opportunity now emerging and engage with this dynamic Palestinian leader. Releasing him from prison is the necessary first step. As other commentators observed, if Barghouti is elected while in prison, it will have a “Mandela effect,” meaning a marked increase in his international stature and the creation of a public relations nightmare for Israel due to the inevitable external pressure for his release. Instead of releasing Barghouti as a reactionary measure, it is better for Israel to stay ahead of the curve and release him now. Doing so would be to the benefit of Israelis and Palestinians alike.