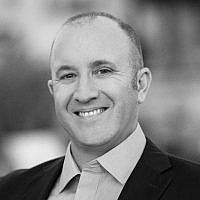 The Blogs
Mati Gill
CEO of AION Labs
Apply for a Blog
Advertisement
Please note that the posts on The Blogs are contributed by third parties. The opinions, facts and any media content in them are presented solely by the authors, and neither The Times of Israel nor its partners assume any responsibility for them. Please contact us in case of abuse. In case of abuse,
Report this post. 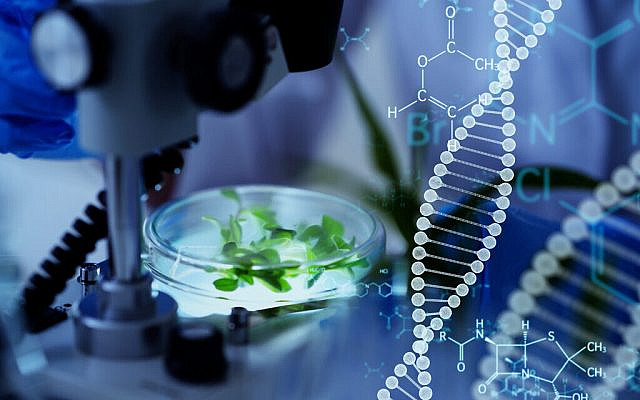 Late last year, Innovation, Science and Technology Minister, Orit Farkash-Hacohen, announced a  program to incentivize new immigrants and returning residents to integrate into the Israeli hi-tech industry. The initiative, which is currently being worked on by Israeli authorities and still requires Knesset approval, comes, Farkash-Hacohen said, “in response to the acute human power problem that the Israeli hi-tech industry is experiencing.”

She was correct in her assessment that the hi-tech sector, the locomotive that leads Israel’s economy, is desperately in need of more talent and that at least some of that talent needs to come from abroad. But the proposal misses the mark for one vital industry with potential to be a future growth engine of Israel’s startup nation and impact health in Israel and the world – biotech.

Biopharmaceutical innovation requires highly trained scientists and engineers, but Israel lacks the sufficient home-grown expertise with industry experience needed to support a thriving life-sciences industry on a global scale. Facing a chicken and egg predicament, the task of building Israeli multinational growth companies in bioconvergence and biotech requires experts and executives from other leading and developed industry centers around the world. Policy needs to support both the expansion of domestic talent, as well as enable the right kind of high-skilled immigration.

For Israel to grow and maintain a successful biotech ecosystem, it is important, but not enough to just encourage repatriation of Israelis living abroad or promote immigration under the current restrictive laws. It is imperative to the industry that we actively compete for global talent and encourage highly skilled foreign experts in biopharma R&D, computational biology, machine learning, data science, bioinformatics and other critical professions to come work here, too.

Every major biotech hub in the world – from Boston to San Francisco, Germany and Denmark to the UK — has recognized this and implemented long-term measures to help grow and maintain their local industry with the help of immigrant expertise. According to studies conducted by William Kerr of the Harvard Business School and the 8400 Health Network program, the share of US biotech patents with foreign inventors rose from 1 in 100 in 1975 to 1 in 7.5 in 2020. Yet, while Israel’s Law of Return allows anyone anywhere in the world with a Jewish grandparent to become a citizen, those who don’t meet that standard must apply for a temporary work visa with no current capability to extend beyond five years.

While many in our country rightfully take pride in the fact that over 5% of US “unicorn” companies are founded by immigrants from Israel, according to a study conducted by Prof. Ilya Strebulaev of Stanford University, the question remains: How is Israel attempting to achieve any similar level of growth in immigrant talent? We need to be more proactive, creative and systematic in our approach to attract global talent and showcase Israel as the right place to live, work and advance one’s career in both hi-tech and biotech.

Israel’s biotech sector has most of the basic ingredients needed to succeed: investment, capital, talented scientists, great academic life-science research centers, electronic health data and a stellar healthcare system. Furthermore, after decades of biotech falling behind the rest of the Israeli hi-tech industries, the Israel Innovation Authority, now under the auspices of Farkash-Hacohen, has launched a smart strategy to propel the local bioconvergence ecosystem as a national growth engine of the future economy in Israel. The authority says that its bioconvergence plan aims “to encourage the establishment of multinational companies’ R&D centers in the fields of biotechnology and health,” calling Israel, “one of the most attractive places in the world for building an innovative bioconvergence industry.”

The plan, which intelligently builds on Israel’s strength in engineering, AI and computational technologies and talent, is an important recognition of the need for government to actively encourage growth in this sector and has already attracted multinational companies to invest in Israel. But it fails to address one central problem: Israel lacks an experienced talent-pool large enough to translate its biotech potential into sustainable industry success.

If we are serious about growing the biotech and bioconvergence space, we must take tangible action to join the global competition for the best and the brightest in the industry. Currently, if someone wants to apply for a visa to work in Israel’s hi-tech industry but is ineligible to immigrate under the Law of Return, they must request an extension every year, with no guarantee that they will receive it and no possibility of extending beyond five years. Pharma is an industry based on protracted research and plans. Why are we not accommodating these vital, long-term opportunities for non-Israelis?

Rather than limiting options for home-grown talent, allowing a select group of experienced and expert foreigners to take up key positions in the industry will help Israeli scientists gain the experience they lack. While home-grown talent is indispensable to Israeli life-science leadership, so too is the ability to use foreign expertise as a catalyst for local growth. Any amount of expert global talent would not threaten the Jewish and democratic nature and demography of our country, but rather enrich the talent pool and train the next generation of Israeli life-science executives necessary for a thriving industry.

Israel is not far off its 100th birthday. Its population is on the cusp of 10 million. Like a biotech engineer, researcher or company, the country has taken an improbable vision and turned it into a living, breathing reality. Now is the time to recognize that as a mature country and an established hi-tech powerhouse, it must follow established global standards in order to grow further. By adjusting its outdated immigration laws to allow its local biotech ecosystem to succeed, Basel in Tel Aviv can be no less attractive for industry innovators than Basel in Switzerland.

It is time to join the global competition for talent.

About the Author
Mati Gill is the CEO of AION Labs, an Israel-based innovation lab using AI for drug discovery and development, a coalition between Pfizer, Amazon Web Services (AWS), AstraZeneca, Teva, Merck, the Israel Biotech Fund (IBF) and BioMed X supported by the Israeli Government. He has held leadership roles within the biopharma industry for over a decade, formerly serving as a senior executive at Teva Pharmaceuticals and in the Israeli government.
Related Topics
Related Posts
Comments