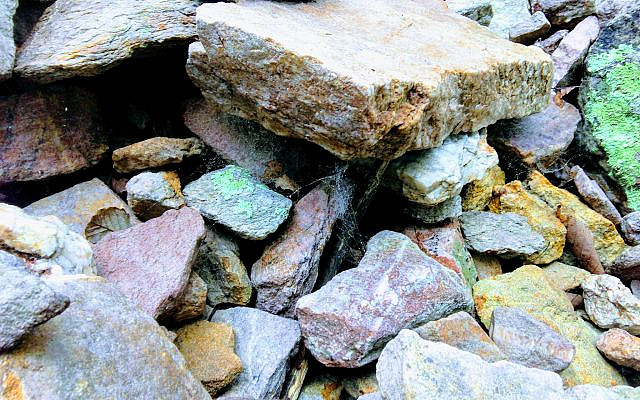 When it comes to us individually or as the Jewish nation, we must leave no stone unturned for our peace, security, and survival.

In this week’s Torah reading, Vayeishev, Joseph interprets the dreams of Pharaoh’s butler and baker that are in prison with him. The butler who had a fly in the cup of wine that he brought to Pharaoh was to be restored to his position, but the baker who had a stone in Pharaoh’s bread was to be hung. While the butler probably could not control if a fly, which is harmless anyway, flew into Pharaoh’s wine, certainly the baker should’ve been more careful to leave no stone unturned to ensure that there were no stones or anything else in Pharaoh’s bread, which absolutely could’ve caused grave harm to Pharaoh.

Even in their dreams, the themes of care and neglect were manifestly evident. The butler saw the careful preparation of the wine from “on the grapevine were three tendrils, and it was as though it budded–its blossoms bloomed and its clusters ripened into grapes.” (Genesis 40:10)  However, the baker simply saw the careless carrying of “three wicker baskets on my head–and in the uppermost basket were all kinds of Pharaoh’s food” (Genesis 40:16-17) from which the birds were eating it openly. Clearly, we see the difference between the meticulous preparation of the wine by the butler and the negligent handling of the bread by the baker, and hence the fitting consequences for each, with the meticulous butler being restored and the negligent baker being hung.

This is truly a powerful lesson for us on the importance of leaving no stone unturned in our own lives to do the right thing, always.  As we see the consequences for shabby, uncared for, and even negligent work being the possible harm to others and ultimately grave consequences for oneself.

However, I think there is a larger lesson here as well, which is that our very survival as the Jewish nation must be anchored in our leaving no stone unturned, as in Joseph’s rightful interpretation of Pharaoh’s dreams subsequently of the seven plentiful years to be followed by the seven years of famine. Pharaoh clearly understood and heeded Joseph’s interpretation that he needed to act, and he set Joseph up as his second in command over all of Egypt to leave no stone unturned to “prepare the land of Egypt during the seven years of abundance. And let them gather all the food of those approaching years, let them amass grain…and safeguard it.” (Genesis 41: 34-35).

The survival of the individual as well as the entire nation depends on each of us individually and collectively acting to leave no stone unturned in meticulously doing our jobs and what is right. If we, for but even a moment, lapse and fall to “safeguard it,” then everything can be ruined.

In the modern history of the State of Israel, after the great 1967 victory over the surrounding Arab enemies, unfortunately we saw that Israel became overconfident in themselves and lax in the their defense. The result was that despite reams of intelligence pointing to a multi-front attack by Egypt and Syria coming on Yom Kippur in 1973, Israel’s military intelligence discounted it all and stood firm that no war was coming. Thus the full contingent of reserves were not called up and the adequate preparations for war were not made. The result was that the first days of the Yom Kippur War in 1973 looked like it was almost Israel’s last.

Like the baker who was not careful with Pharaoh’s bread, and become arrogant in his position in the royal court, and suffered his life for it, so too the intelligence and leadership in Israel were full of themselves with the success of the 1967 War and rather than leave no stone unturned to safeguard Israel, they discounted the warnings of the meticulous, proverbial butlers who warned of war on the horizon. The result was that Israel let the stones pile up against them with powerful, resurgent Egyptian and Syrian armies at their southern and northern doorsteps. Only by G-d’s miraculous hand and the bravery of the IDF was Israel spared the fate of the baker.

Over the last decades since 1973, Israel has taken strong actions again to beef up their defenses and leave no stone unturned including taking the bold steps in destroying the menacing nuclear reactors of Iraq in 1981 and the Syrian reactor in 2007.  Now Israel is facing a similar decision on action with Iran and their weapons of mass destruction. Israel and the United States need to leave no stone unturned in trying to find a path towards a peaceful resolution with Iran, but if that stone threatens potential annihilation of Israel and other western allies, then there should be no doubt whatever that Israel and other civilized nations must act once more to remove the threat and turn that stone into harmless dust again.

Whether towards peace or G-d forbid to war, Israel must be courageous to act and leave no stone unturned to secure its peace and security, or the ultimate defeat of its unrelenting enemies. Israel must be like Joseph, and be able to interpret the dreams and events unfolding before them, and like Pharaoh to make the decision to act and restore the meticulous butler, hang the negligent and dangerous baker, and save the nation from otherwise assured destruction. May G-d give us the wisdom, courage, and strength to do what we must eventually do and let it be for the good.