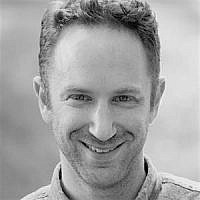 The Blogs
Phillip Brodsky
Apply for a Blog
Please note that the posts on The Blogs are contributed by third parties. The opinions, facts and any media content in them are presented solely by the authors, and neither The Times of Israel nor its partners assume any responsibility for them. Please contact us in case of abuse. In case of abuse,
Report this post.

This week, Molly Harris, student at McGill, warned rising Jewish freshmen to brace themselves for an onslaught of anti-Semitism when they arrive on campus this fall.

It is true that there has been a marked rise in anti-Semitism the last two school years. Additionally, there are anti-Israel events on campus across most major American campuses including petitions for universities to boycott and divest themselves from Israel.

This year The David Project is monitoring and preparing for a continued rise in traditional anti-Semitic incidents (such as Swastikas), as well as upticks in the disruption of Israel events and internal strife as the Jewish community grapples with young Jews decrying 50 years of Occupation on the 50th anniversary of the Six Day War next summer.

However, it is not all bad news for rising freshmen.

Take, for example, that if you are someone who feels connected to Israel, cares about Israel, or thinks that you may care about Israel, there have never been more opportunities at your fingertips. In fact, last year there was not only an up-tick in anti-Israel events, but pro-Israel events as well.

Hillel and Chabad on campus are the largest providers of Birthright Israel trips. Israel advocacy organizations such as The David Project, the Israel on Campus Coalition, and several other partners have many resources on campus of which students can take advantage. For instance, in the past two weeks, well over 1,000 college students were trained at national conferences hosted by The David Project, Hillel International, AEPi, ICC, Camera, and StandWithUs.

Additionally, if you want to talk about Israel with your peers and would like some guidance, there is now JAFI Israel shlichim (Israeli emissaries) on more than 50 campuses who would be happy to help.

For Jewish students who are concerned with including their non-Jewish peers, consider this: thanks to Birthright and other Israel travel opportunities, today it is more likely than EVER that a non-Jewish person on campus knows someone personally who has been to Israel.

And, if they can’t find someone who has been to Israel, there are now several opportunities for them to travel there themselves. This year, in addition to The David Project’s Israel Uncovered: Campus Leaders Mission to Israel, AIPAC, AJC, ADL, and JNF all have trips for non-Jewish students to Israel to learn about the country, the people, and the conflict first hand.

To be sure, the anti-Semitism and anti-Israelism that Molly describes are real, but to me the best way to respond to these disturbing trends on campus is to be aware of the opportunities and resources available to students, connect as many young Jews to them as possible, teach our students to build awareness of their values and identity, and then help them live up to their values fully. At The David Project we encourage students not to shy away from Israel, but rather feel confident standing up as Jews on campus who are willing to talk to their peers about what is great about being Jewish and Israel, what is challenging, and how they, as leaders of today’s young generation are taking up the challenges of our people.

So, on behalf of The David Project’s 250 student interns on campus, if there are rising freshmen who want to get involved immediately, they are welcome to reach out to any of our interns on our 50 campuses this fall. Each intern would be more than happy to talk about the Israel environment on their campus (both the good and the bad), as well as help incoming freshmen find the right Israel opportunity to get involved with.

In fact, because there are so many opportunities now to be an Israel advocate, the biggest challenge for rising freshmen might just be choosing which option is right for you.