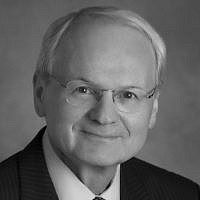 Israelis were traumatized in recent weeks by the kidnapping and murder of three Israeli youths — Eyal Yifrah, 19, Gilad Shaar, 16, and Naftali Fraenkel, 16 — by the Hamas terrorist group, now part of Mahmoud Abbas’ Fatah Palestinian Authority (PA) regime. Days later, an Arab Israeli teenager, Muhammad Abu Khdeir, 16, was murdered by what appears to have been a violent underworld group of Jewish Israelis. Former Jerusalem Post editor, David Horovitz, immediately wrote a tendentious article, painting an inaccurate and ugly image of Israeli society, ‘A sobering moment for complacent Israel’ (July 7), in which he contended that “the killing of Muhammed Abu Khdeir must rid us of the illusion that we enjoy a distinctive moral superiority over our neighbors … [without] a reverence for life, we have no particular right to be here at all.”

Indeed, Horovitz thinks that this admittedly horrific, bestial crime tells us something about Israelis in general that we didn’t know, or care to think, before: “We Israelis knew we had nothing in common with those Hamas killers who so callously ended the lives of three innocent Israeli teenagers; we were wrong.”

But it is David Horovitz who is wrong. First, Israel’s national existence, like that of other countries, is not conditional on a “distinctive moral superiority” — which Israel actually possesses over its enemies. Second, the way to gauge whether a society supports or reviles terrorism is to observe its reaction to it. Comparison here is instructive.

Mahmoud Abbas’ Palestinian Authority (PA) has institutionally glorified terrorism against Jews as a national and religious duty. The PA honors, lauds and rewards terrorists — by naming schools andstreets after them; by calling them ‘martyrs’ and paying condolence calls on their families when they’re killed; by hiding wanted terrorists in Abbas’ presidential compound; by paying stipends to those imprisoned and pensions to the families of those deceased; and by demanding the release of jailed terrorists by Israel as precondition of further negotiations.

Palestinian society widely approves of anti-Jewish terrorism. Hamas has an explicit policy of kidnapping Israelis to ransom their imprisoned members, a policy which Abbas himself has publiclydescribed as “a good thing.” A September 2013 Pew survey found that a large majority — 62% — of Palestinians justify the use of suicide terrorism, while a July 2011 Palestinian Center for Public Opinion poll found that 62% of Palestinians support a policy of kidnapping Israeli soldiers and that a staggering 73% agree with the hadith (Islamic tradition), quoted in Hamas’ Charter, about the need to kill Jews.

By contrast, in Israel, Jewish terrorist outrages are reviled by all but a violent fringe. Thus, when in 1994 Baruch Goldstein gunned down 29 Muslims in Hebron, the Knesset condemned the act in a unanimous vote, the groups that praised Goldstein’s crime were outlawed and expressions of horror and repudiation traversed the political spectrum. A makeshift shrine raised in his honor by extremists was razed by the Israeli government.

Or again: when Yakov Teitel murdered two Palestinian Arabs, bombed a left-wing Israeli activist, and was found to be planning further terrorist acts, he was apprehended, convicted and imprisoned. There are no Israeli security forces planning to kidnap Palestinians to trade for Yaakov Teitel’s release. The Israeli school system isn’t teaching children that Yaakov Teitel is a hero. Israeli youth do not attend summer camps named after Yaakov Teitel. Yaakov Teitel’s family doesn’t get a monthly stipend from the Israeli Government for murdering Arabs.

Given this night-and-day distinction between Israel and the Palestinian-controlled territories, it’s scarcely complacent triumphalism to say that Israel enjoys a “distinctive moral superiority” over its neighbors — merely demonstrable fact.

It would be idle to deny that there is deep Israeli distrust and concern about the Palestinian Arabs — yet the reason for that isn’t racism; it stems from decades of Palestinian Arab terrorism, refusal to make peace over twenty years of negotiations, glorification of terrorism and inculcation of hate by the PA. It is due to Palestinian Arab words and deeds, not race or religion. Israelis do not like being hated and murdered and their murderers cheered. The Israeli reaction to these things would be the same if it was coming from Scandinavian Lutherans.

Regrettably, Horovitz prefers to make the Abu Khdeir murder the occasion for a false morality tale about corrosive “occupation,” when in fact 98% of Palestinian Arabs have lived for years under Palestinian control, with their own legislature, courts, police and schools. Indeed, peace would have arrived but for the rejection in 2000 and again in 2008 of Ehud Barak and Ehud Olmert’s respective proposals for Palestinian statehood in virtually all the territory publicly demanded by the PA. Jewish communities in the territories cover a mere 3% of the land in question. Yes, Israeli security forces operate repeatedly in some PA areas — but that is a function of ongoing terrorism, not racism or corroded ethics.

Can it really be said that Israeli humanitarianism is corroded when Israel saves daily the lives of Palestinian Arabs in its hospitals, sends doctors and agricultural experts to assist African countries, makes disproportionately large and sustained contributions to international relief efforts, as in Haiti in 2010 — or as it would have done in 2004 in Iran, governed by a regime denying the Holocaust and calling for Israel’s elimination, had but the Iranian regime permitted Israeli medical teams to assist the country devastated by an earthquake?

The record shows Israeli society to be extraordinarily humane and moral, despite constant Arab assault, encompassing hundreds of suicide bombings, thousands of roadside bombs, drive-by shootings and rocket barrages resulting in over 2,000 Israelis murdered and over 10,000 maimed. Despite all this, Israel has produced remarkably few acts of reprisal violence and vigilantism and has dealt expeditiously with them whenever they occur, as it did this week.

This op-ed was co-authored with Dr. Daniel Mandel, Director of the ZOA’s Center for Middle East Policy and author of H.V. Evatt & the Creation of Israel (Routledge, London, 2004).