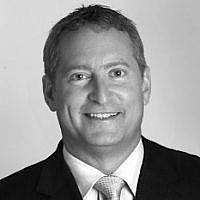 The Blogs
Daniel Birnbaum
Apply for a Blog
Advertisement
Please note that the posts on The Blogs are contributed by third parties. The opinions, facts and any media content in them are presented solely by the authors, and neither The Times of Israel nor its partners assume any responsibility for them. Please contact us in case of abuse. In case of abuse,
Report this post. 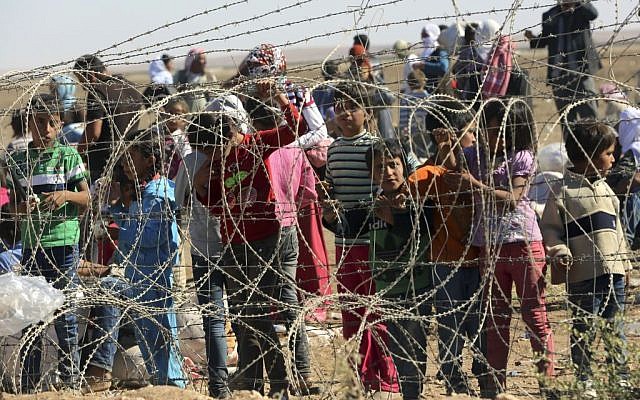 I can’t just stand by and watch the humanitarian horror that’s going on just across the border. Can you?

My mom and dad taught me as a young child to try to be a good person. They taught me what a mensch is: to help an older person cross a street, give food to the hungry, return found money, invite lonely people home for a meal, visit the sick and sometimes just spend time with a lonely soul. I experienced the tremendous reward inherent in the act of giving, even the giving of the smallest things, but things that might mean the world to another. The Talmud teaches us that a person who saves a single life, saves an entire world. I never really had an opportunity to save a life.

Here’s a story that makes the Syrian refugee crisis even more personal to me. When my father’s family applied for a visa to emigrate from Czechoslovakia to the USA in October 1938, they never dreamed that three years later, in January 1942, the final answer of the US visa department would be a resounding denial. But it was!  It took the US authorities three years to say no. The written response stated that “the issuance of a visa is not warranted at this time.”

By that time in 1942, the systematic wholesale murder of Jews under Nazi rule was no secret. If it wasn’t warranted then, when would it ever be? What an disgraceful chapter in US history. What a painful chapter in the history of my family. More than 30 of my father’s family died in the gas chambers, including all four of his grandparents, including all of his aunts and uncles living in Europe at the time, including his toddler and children cousins.

The story of my family is typical of the six million European Jews who were murdered while the world stood by and refused to take them in. The St. Louis German passenger ship was one example. The ship carried 937 German Jews, who had each legally purchased a visa to Cuba for a small fortune, only to be denied entry into Cuba in 1939. The ship then attempted landing in several places in the US and Canada, but the gates of freedom were shut in its face. Eventually the St. Louis had to return to Europe where many of its passengers perished in Nazi gas chambers.

The denial of help at this time of horror was actually institutionalized in July 1938, as 32 nations gathered in France for the “Evian Conference” to seek help for the persecuted Jews. The U.S. initiated this conference but the result was a list of pathetic excuses why each country couldn’t help the Jews. The US for example offered a “German Quota” of 29,000 immigrants per year but set a prerequisite of a “good behavior” certificate from the German Police.

How outrageous and, at best, ignorant to expect a German Jew to secure any document, let alone a “good behavior” certificate from the German police at that time. Indeed, the German Quota provided no relief for German Jews. Canada would accept only people with experience in agriculture. But it was well-known that Jews in Europe were anything but farmers. Anti-Semitic laws prohibited them from owning land for centuries. And Australia stated “we have no racial problem and are not desirous to import one.” Amazing that in 1938, the acceptance of Jewish refugees by a democratic nation would be equivalent of importing a “racial problem”. In short, there was no help forthcoming for Jews.

How then can we stand by today, 70 years after we emerged from the fires of hell, and just watch refugees escape for their life and disregard them with the same degree of cruelty that my family and my people were treated within memory?

It would be an extraordinary act of compassion for the Jewish State to undertake measures to save the lives of refugees from Syria. We have a history of deep mutual hatred. But that’s what makes this such a magical opportunity to show solidarity, to show our humanity and provide these unfortunate people with a new lease on life. How wonderful it could be to substitute kindness for hatred. It would be an incredible statement of humanity, a gesture of solidarity with the European countries now dealing with the refugee issue, an example to the Arab countries in the Middle East, so many of which refused to take in any refugees at all.

It would be a shame if the Government of Israel bypassed this unique opportunity for close cooperation between the Jewish State and the Diaspora for a cause that would evoke admiration and gratitude in our brethren throughout the world and would stir the respect of the whole civilized world. There is little doubt that Jews across the globe would proudly role up their sleeves to help pitch in for such a generous humanitarian effort in any manner possible.

This instance is especially remarkable, since Israel would join close to thirty countries who are prepared to take in Syrian refugees, and because we are talking about Arabs whom, as the world knows, so many Israelis fear.

Aiding Syrian refugees is the right thing to do, not only because of vivid memories of recent Jewish suffering and not only for the sake of forging another link between Israel and the Diaspora, but also because, as a human being, and especially as a Jew, I expect my country, the State of Israel, to express in action the Jewish values of which I am so proud.

In fact, Israel has always been the first to send aid to stricken regions of the world. We sent emergency relief to earthquake victims in Turkey, Haiti and Nepal, to tsunami victims in Thailand and Sri Lanka, to famine-stricken Africa. As far back as 1977 where we took in 300 Vietnamese boat refugees, who integrated beautifully into Israeli society. Israel never stopped to ask whether we had good or any relations at all with these nations. It didn’t matter when it came to saving lives of innocent people. I was always so proud to be an Israeli at those times. Israel has even been providing emergency medical treatment and hospital care to hundreds of wounded Syrians who reached its northern fence. And Israel has been doing this with no fanfare, only because this is who we are. This is what a Jew does when someone needs help.

To help the Government of Israel to reach a favorable decision in the matter, the mayor of the Beduin city of Rahat and SodaStream have jointly decided to offer housing and employment to 200 families representing 1,000 individuals.

I fully recognize the many reasons why the absorption of Syrian refugees, even of only 200 carefully screened families, may seem undesirable to Israel. Our little Israel is facing enormous challenges right now. Hate-filled boycotts across the globe seek Israel’s destruction. Hamas and other terror groups continue to murder Israeli civilians and launch rockets on Israeli homes. Iran, the world’s number one state-sponsor of terror and whose leaders call for Israel’s annihilation, will soon receive billions of additional dollars to continue their aggressive actions across the Middle East and their nuclear research. Israel certainly does not need another challenge. But this is no mere challenge. This is a challenge that offers an unparalleled opportunity.

I call on Benjamin Netanyahu to embrace this opportunity. Use your podium at the United Nations to announce that we extend our hand in peace to our Arab neighbors. This will be an expression of our strength, resilience and our courage. This will unite our people in Israel and the Diaspora. This will save lives. And this will make us proud to be Jews. This is our opportunity to teach our children what it means to be a mensch. Mr. Prime Minister, we will do this together. You are not alone.

About the Author
Daniel Birnbaum is the Chief Executive Officer of SodaStream International.
Comments