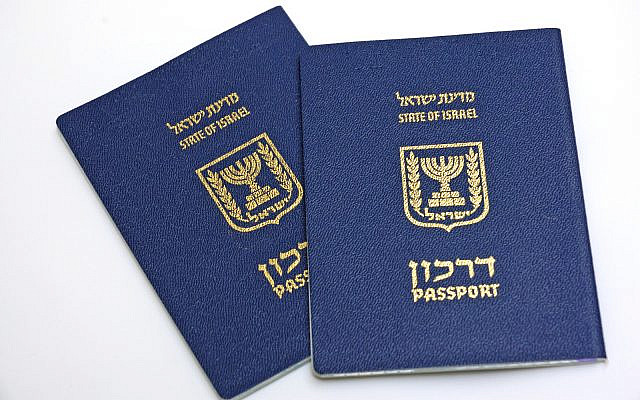 A recent Israeli bureaucratic decision is sending shockwaves through the Israeli expat community in the US and elsewhere.

For around two decades, Israeli authorities ignored the law stating that all children with an Israeli parent, even if born abroad, automatically are Israeli citizens and may only travel to Israel on an Israeli passport. Recently, however, this has changed.

In response to requests to let the children of Israeli citizens living abroad bring their American children to visit their grandparents and other relatives, Israeli immigration authorities have been allowing the children in—but only on condition that their parents agree to register the children as Israeli citizens, and get them Israeli passports that they must use next time they come to Israel.

My own three kids, with a dual-citizen mother born in Israel and a 100% American father, have collectively been to Israel dozens of times, and not once did border authorities question their lack of Israeli citizenship.

But now we have a problem. We want to visit Israel this winter, but we don’t want Israeli citizenship imposed on them.

We want our teenage daughter to be able to visit when she wants without fear of being drafted into the military of a country she’s never lived in. If someday she wants to become an Israeli citizen, fine. If the Israeli government automatically gave her citizenship but gave her and us an easy way of renouncing it, fine. But the Israeli government is intent on making her a citizen, and then would make it extremely difficult for her to undo that citizenship.

So like many mixed Israeli-American couples in the US, we find ourselves in a bizarre situation. One of us has never lived in Israel, and the other has not lived there for over 25 years. Our children were born and have always lived outside Israel. We would like them to see their saba, their aunt and uncle, and their cousins in Israel. But Israel won’t let them do so without imposing citizenship on them, with the potential consequence of them not visiting Israel between age 17 and at least 26.

Why would Israel want to reduce the ties between my kids and the country? It’s not like they are going to join the IDF because Israel gives them unwanted citizenship.

A group of parents is apparently suing to overturn the policy, and instead require Israel to offer, but not impose, citizenship on children of Israelis born abroad. I don’t know if they have any chance of victory, but I wish them luck. Meanwhile, the Israeli government really needs to rethink this policy, just as we are rethinking our December trip to Israel.