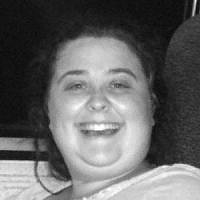 While in Israel last month, a friend of mine texted me. “Hey. You alive?” She meant to be funny, since my hatred of heat and summer and sunshine have led friends to conclude I am a vampire. Had I been living in New York, I likely would have laughed.

Problem is, I had spent the last eleven months of my life living in Israel. My first thought was that a terrorist attack had happened while I was curled up with a book. What was it now?

Another synagogue attack, with bloody prayer shawls on the floor?

Another innocent baby robbed of life before she even reached a year?

I breathlessly turned on my computer, searching to find out what happened.

It sounds morbid, but my time in Israel has changed me. Spending a year in the Homeland has made me more mature, more independent and more patient. I had lots of time with my incredible family and my sweet friends. I work in one of the most incredible environments, the Ministry of Environmental Protection, studying biodiversity. I met people who I will treasure for life. Israel has been an incredible experience for me.

Being there has also left me with a great deal of trauma. After hearing a “code red” siren and that awful boom of Iron Dome, I had panic attacks for days. I skittered around Jerusalem like a frightened mouse, terrified of the death that could come from the sky.

After the Begin Center had a shooting done by a waiter who worked there, I started wondering about security measures at all times. I started noticing every single person around me, wishing I could be guaranteed of their safety.

After the cars began crashing into the Light Rail, I began wondering if I should take a camel to work. Waiting became stressful to me, and I started reciting Tennyson poetry to keep myself breathing.

After the Har Nof Massacre, I started wondering if leaving the house was a good idea. Surely, I could find a bomb shelter to rent and become a hermit.

I managed to get through these experiences with the love and support of friends and families. I had a normal life, I traveled around, I saw friends and I remained ambitious and cheerful as always. My life was glorious in Israel. When I think of family, it will always be Rishon L’Tzion that comes to mind. There is no joy like a lazy night at the shuk, shwarma in one hand and a cell phone in the other.

Still, the scars remained. The home-front testing of the alerts had me vomiting in the bathroom. The siren announcing Shabbat makes me tremble enough to force myself to breathe. The fireworks on Yom Ha’Atzmaut made me cry and call a friend for support. On my last Wednesday in Israel, another Red Alert testing had me listening to Enya for twenty minutes and practicing my breathing.

I’ve only had a small taste of Israel. Unlike my cousins, I haven’t served in the army. I haven’t been in a war. I didn’t live through an Intifada. I only experienced a bit of the daily reality of Israel.

The world doesn’t see the stress Israelis live under. This country is remarkable for its ability to march on, firm in the conviction that they have no other choice. I admire the Israeli resilience in the face of terror. My friends and family there march on bravely, trying to carve out the best life possible.

Maybe then, they would understand.

About the Author
Elke Weiss is currently an Israel Government Fellow, working in Biodiversity. In her spare time, she's the Content Director for Act For Israel, an Iengage Fellow for the Shalom Hartman Center, a Media Fellow for Chinese Media Center, a novelist and a rabble rouser.
Comments