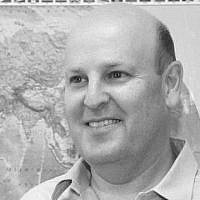 The Blogs
Ohad Cohen
Apply for a Blog
Advertisement
Please note that the posts on The Blogs are contributed by third parties. The opinions, facts and any media content in them are presented solely by the authors, and neither The Times of Israel nor its partners assume any responsibility for them. Please contact us in case of abuse. In case of abuse,
Report this post. 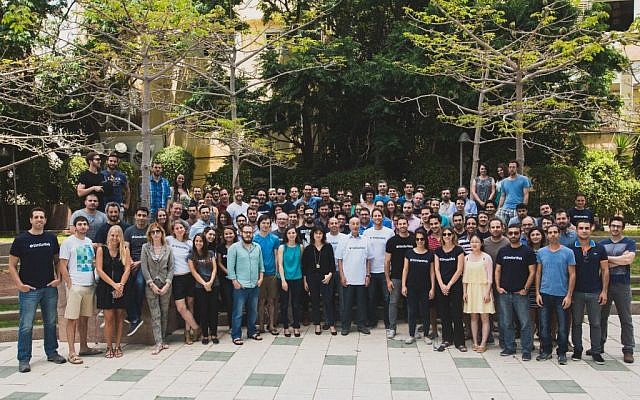 3.6 billion. Around half the world’s population. That’s the number of mobile subscribers there were throughout the world at the beginning of 2015. By 2020, another billion people are predicted to join the global mobile revolution.

The mobile ecosystem has become a major economic force worldwide and Israel plays a major role: over 140 of the 2000-plus companies at the world’s largest mobile technology event – Mobile World Congress 2016 (MWC) in Barcelona – come from Israel or have their main R&D labs located in Israel – the most ever.

The Israeli Pavilion, featured for the seventh time at MWC, provides visitors with a glimpse of cutting-edge technologies and solutions that Israeli companies are developing and draws many visitors, including the most senior personnel representing leading multinational and international corporations.

Sponsored by the Foreign Trade Administration at the Israeli Ministry of Economy and Industry along with the Israel Export Institute, the Israel Pavilion is showcasing 65 of Israel’s leading hi-tech companies, presenting the latest technologies for mobile communications.

From the country that gave the world Waze and Gett, this year the Israeli delegation is also spotlighting ISRAEL: StartAppNation, an app store with Israel’s hottest mobile apps which visitors can try out for themselves in the pavilion. Apps from consumer to enterprise solutions are on display including those for advertising, business & finance, education, entertainment, lifestyle, social healthcare/medical, security, smart-home, voice & messaging.

Here are snapshots of just a few of the Israeli companies that are attending MWC 2016:

Celeno – Celeno makes advanced chips and software inside routers and gateways for better Wi-Fi management in the home of today, and the future. Celeno provides its technology to some of the world’s largest service providers including Comcast, Time Warner and Deutsche Telekom.

SimilarWeb – One of the world’s leading digital insights companies, SimilarWeb just launched a new mobile product that will dramatically alter the way developers and marketers interact with users from the first time they interact with an app. The product utilizes SimilarWeb’s metrics to capitalize on inferred demographics and enables developers to increase app retention and engagement.

Vonetize – Vonetize is disrupting the traditional entertainment industry by offering top-quality premium and niche content to connected viewers around the world through any smart device. The company develops premium content services and technology platforms for Smart TVs and mobile devices that reach millions of viewers worldwide, with an emphasis on emerging markets. The company provides a variety of content offerings – from Hollywood movies and TV series through its premium content offering Smart VOD, to concerts, children’s programming and niche ethnic content on the company’s global channels.

Friendly Technologies – With its easy-to-use Smart Home management solution, Friendly allows service providers and their customers to control and monitor all aspects of the digital home from appliances and security sensors, to power management and broadband services.

PetPace – PetPace offers the only comprehensive, wearable, noninvasive pet health monitoring technology that tracks dogs’ and cats’ health data, temperature, pulse, respiration, activity, positions, pain and more. PetPace’s low-power, patent-pending wireless collar is fitted with an array of sensors that report vital signs as well as numerous physiological and behavioral parameters. A sophisticated cloud-based analytical engine evaluates the data in real time. When abnormal indicators or behaviors are detected, immediate alerts regarding the suspected condition are generated. These alerts are disseminated to pet owners or caregivers via any web-connected device, allowing them to take preemptive action to protect the pet’s health.

That’s just a taste of some of the Israeli startups that have made a name for themselves by focusing on creating a better mobile experience. To meet with representatives of the Israeli delegation, arrange meetings with companies or to read more about the numerous companies featured at the Israeli Pavilion at MWC 2016, please click here.

About the Author
Ohad Cohen, BA, MBA, heads the Foreign Trade Administration at the Israeli Ministry of Economy, where his responsibilities include the development and implementation of Israel’s foreign trade policy and managing Israel’s foreign commercial service, which includes 40 trade offices operating in more than 50 countries. From 2007 to 2012, Ohad served as the Commercial Attaché at the Embassy of Israel in Washington, where he was in charge of promoting and facilitating trade and investment between Israel and the United States, and to enhancing bilateral commercial relations. Ohad Cohen, who started his career at Zim Integrated Shipping Services, a large maritime container carrier, joined the Foreign Trade Administration in 1997, where he has since held increasingly senior positions.
Related Topics
Related Posts
Comments