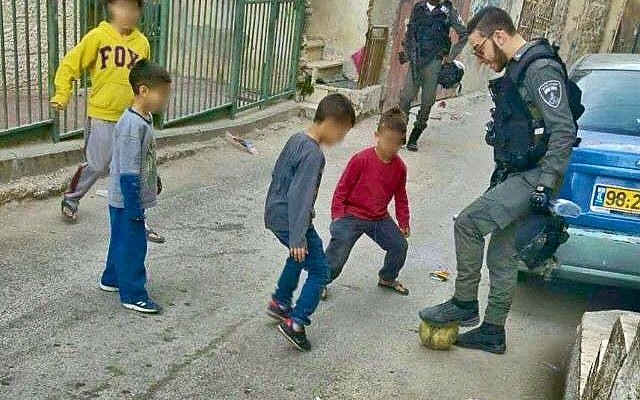 The Jewish people have a long standing tradition of helping the underprivileged. Jews have led the charge against poverty, for civil rights with African Americans and women’s suffrage. Among many verses cautioning the Jews to take care of the less fortunate we find Jeremiah the prophet quoting God, “Do what is just and right; rescue the victim from the fraud; do not wrong the convert, the orphan, and the widow; commit no lawless act, and do not shed the blood of the innocent in this place.” After millennia of persecution Jews are hardwired to be sensitive to those claiming oppression. Jews find it impossible to be skeptical, let alone dismiss appeals for help.

Once the homeless oppressed stranger in every land, the tables of victimhood have been overturned against the Jews. Today’s Jews have their own state and are one of the most powerful economic and military forces in the world. The Arabs, once the powerful rulers of the Middle East, have become weak and powerless. Through a series of poor choices they’ve lost the chance of their own independent state and are governed by Israel. Taking advantage of the optics, they’ve claimed the cloak of victimhood and spun a tale of being oppressed by the Israelis.

The narrative of Israeli oppression is nothing but a fable. When the layers of lies are peeled away even a cursory survey of Palestinian Arab life under Israeli rule reveals a life with human rights, opportunity and fair treatment. Claims of a life of hardship are contradicted by the plethora of Arab owned late model luxury cars and mansions spread throughout Judea and Samaria. Jobs in Israel and joint industrial zones are available to Arabs and the health care and education available to Palestinian Arabs is among the highest rated in the Middle East.

Contrary to the myth that Israelis prevent the Arabs self-determination, under the Oslo Accords, Israel agreed to the Palestinian Authority hosting elections for Palestinian Arabs to determine their own governance. The Palestinian Authority hasn’t held elections since 2006. Things aren’t any better in Gaza which is under Hamas’s control. Hamas embezzles international aid, directing funds to terror tunnels and rockets, ruling a million Arabs with an iron fist, all the while blaming Israel.

Over a million Arabs are Israeli citizens and are given equal rights to their Jewish Israeli brethren. Palestinian Arabs are not Israeli citizens, and while they enjoy all human rights, they do not have the rights of Israeli Arabs for they aren’t Israeli citizens – a status of their own choosing. It is telling that in poll after poll, Israeli Arabs prefer to live under Israeli rule rather than under the Palestinian Authority.
Palestinian Arabs are not happy with their current situation. They believe that Israel is their land and they see Zionist rule as illegitimate. Every Hebrew sign, IDF soldier and checkpoint is a reminder of their national failure. They have given up the opportunity for an independent state six times over the last 72 years. Their unhappiness does not mean that they are mistreated. Israelis don’t expect Palestinian Arabs to be thankful, but it is time that the myths of Israeli oppression end. Most importantly, Jews should remember that for over 100 years Palestinian Arabs have returned Jewish kindness with violent terror. Instead of misplaced mercy to those fraudulently claiming to be oppressed, Jews should be led by the Midrash that warns, “He who becomes compassionate to the cruel will ultimately become cruel to the compassionate.” Israel should continue with its fair treatment of the Palestinian Arabs. Activists should begin focusing their attention on the true oppressors of the Palestinian Arabs – the Palestinian Authority, Hamas and their backers, including Iran.