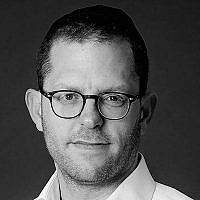 The Blogs
Joshua Maraney
Apply for a Blog
Advertisement
Please note that the posts on The Blogs are contributed by third parties. The opinions, facts and any media content in them are presented solely by the authors, and neither The Times of Israel nor its partners assume any responsibility for them. Please contact us in case of abuse. In case of abuse,
Report this post. 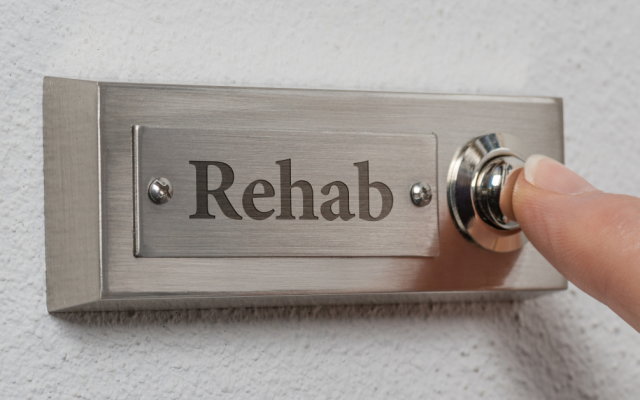 A shocking new study conducted by the Israel Center on Addiction found that one in seven Israelis suffer from addiction, with alcohol being the number one substance at play.

Whilst substance addiction is nothing new, the heightened rise in numbers of Israelis who are addicted to some substance or behavior is unprecedented.

The study found that addiction to drugs (prescription drugs and others) was up by 15 percent, with marijuana having increased by almost 50% compared to a previous study conducted in 2018, while addiction to sex and pornography had increased by 34%. Alcohol was at the top of the findings with an addiction increase, in a population already heavily addicted, by 25%.

The study also found that 15% of all Israelis are addicted to something and that 90% of this total do not seek help to overcome their addictions. These new findings were concluded from an internet survey with 3,300 participants responding between the ages of 18 – 70 years old. The survey revealed that one-fifth of those who are addicted are below the age of 35 years.

While many of the participants were found to have a behavioral addiction (such as gambling, video games, sex etc.), alcohol addiction held 71% of the answers, whereas marijuana was at 27% and other drugs at 9%.

While addiction is not something new we face, there has been extensive research and learning into how someone becomes addicted and why substance abuse is so dangerous. Addiction is caused by an integral imbalance between the brain’s reward signal which seeks immediate gratification and satisfaction, and the brain’s regulatory system. Addicts, therefore, continue to chase the “reward feeling” and become addicted to the thing that provides that feeling. There is also a common link between childhood trauma and addiction that many psychiatrists have recognized and elaborated on.

The Israel Centre of Addiction has stated that the cost of addiction to the Israeli economy is estimated to be 7 billion shekels a year. As a result, the government’s newly proposed addiction program was recently approved and should tackle this challenge that Israelis and their economy face. However, the timeline for this to take effect is expected to be over the next three years which according to Prof. Shaul Lev-Ran, founder and academic director of the Israel Center on Addiction, is too long to wait. And as a result, many people suffering from addiction will have to seek support groups and other means of support or the outcome for families of addicts could be devastating. What’s more, while those in need are set to wait, thousands more Israelis will fall into the challenges of addiction over this waiting period.

These government-funded treatments are only in the implementation phase and time is still needed to open up and support and facilitate the public. The report concluded that an action plan that can be implemented sooner is what is drastically needed.

Whilst thousands of Israelis are battling addiction, it was reported in early May by Ha’aretz, that following opposition from Israel’s four major health care service providers, some senior officials within the Health Ministry would not transfer full responsibility for the medical treatment of addiction to these service providers despite the strong recommendations from government experts and addiction treatment organizations. The reason stated is budgetary and concern for services provided to other mental health patients in need of care.

So what practical solutions do Israelis face? If the addict cannot overcome their challenges on their own or locate and maintain attending support groups, what choice do those wishing to recover have?

There is always the possibility and opportunity to travel abroad for treatment. South Africa boasts many luxury rehab facilities competing with Europe, California, Florida and Thailand. However, South Africa comes in as the most affordable luxury rehab option, while offering far more than just medical attention and addiction support. Where rehab facilities in California range from $10,000 to up to $120,000 per month. The South African weakened Rand presents an unparalleled opportunity to people from overseas to undergo world-class, private treatment within beautiful, natural settings.

South Africa has various options of treatments for addicts that prove to be a far more affordable option for tailored, private care. South Africa is one of the most sought-after medical tourism destinations in the world, boasting excellent doctors and treatments and world-class health care facilities at an affordable price.

Private care is also readily available in private drug and alcohol rehabs, where addicts enter into a world of tranquillity tucked away in a peaceful setting. They’re supported by teams of highly experienced specialists, therapists, and psychologists and they immerse themselves in the program to overcome addictions. These types of facilities offer more than just a support group. The holistic approach to overall wellbeing is also a main focus where patients receive a full recovery and wellness experience. Including family support and after-care patient follow-up once the patient has re-entered the working world.

South Africa may be an option for Israelis looking for help with their addiction.

About the Author
Joshua Maraney is the CEO of www.topclick.co.za who handles the marketing for hundreds of clients worldwide.
Related Topics
Related Posts
Comments