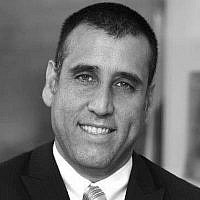 The Blogs
Aviv Ezra
Apply for a Blog
Advertisement
Please note that the posts on The Blogs are contributed by third parties. The opinions, facts and any media content in them are presented solely by the authors, and neither The Times of Israel nor its partners assume any responsibility for them. Please contact us in case of abuse. In case of abuse,
Report this post.

We are proud of the recognition bestowed on us at a ceremony held at Israel Ministry of Foreign Affairs in honor of the Israeli teams that set up and operated the Kochav Meir field hospital in Ukraine. To date, MASHAV has provided humanitarian aid in a wide variety of critical areas and will continue to do so!

On this eve of Yom Kippur  the  citizens of the State of Israel can take pride in the country’s humanitarian aid to Ukraine.

Israel is making an unparalleled effort to provide an unprecedented level of humanitarian aid to the war-torn country.

As part of its routine operations during regular days,  Israel’s  Agency for International Development Cooperation, MASHAV,  is actively involved in international development activity in over 140 developing countries worldwide. Its primary focus rests on fostering economic growth and development in these countries, or what the world of development commonly refers to as “capacity building”. Alongside these efforts, MASHAV also offers humanitarian aid to countries ravaged by natural disasters and other humanitarian crises.

However these are not regular days and Given the devastating effects of the war in Ukraine  and the severe humanitarian crisis which it resulted in, MASHAV has led an intensive and unprecedented campaign to offer humanitarian assistance to Ukrainian citizens and refugees.

When the war first started, our primary focus was on offering immediate, concrete assistance to address the country’s most pressing needs.  Israel was the first and only country in the world to build a civilian field hospital in Ukraine itself, which treated thousands of refugees, often under sirens while putting its own staff at considerable risk.

Moreover, the State of Israel also immediately rushed to best meet additional needs outlined by Ukraine’s healthcare authorities, including mega generators, purchased by MASHAV, which would provide a reliable supply of electricity to Ukraine’s hospitals should the need arise.

As the war persisted, and the world’s initial interest waned, new humanitarian challenges arose. Backed by the Israeli government, which specifically allocated funds to this end, MASHAV continued to work with the Ukrainian government in an effort to identify the challenges facing the country and offer an unprecedented amount of aid to Ukrainian citizens in need.

Last August, for instance, Israel’s Embassy in Kyiv spearheaded a campaign to transport trucks carrying tens of thousands of kilograms of basic food items for Ukrainian refugees facing food insecurity and inconsistent access to food ( over a quarter million prepackaged meals in total).

In addition, over a million family-sized water containers were transported to Ukraine to aid refugees, especially children, living in shelters without regular access to clean water.

Israel also continues to provide medical equipment and other personal hygiene products (such as diapers for infants and adult diapers) to Ukraine. These items are often sorely lacking in wartime and were transported to Ukraine through bordering counties.

In addition to providing emergency assistance to Ukraine and addressing its most pressing civilian needs as indicated above, MASHAV also launched a long-term medical rehabilitation program for civilians injured and wounded in the war.

All of the above notwithstanding, I am most proud of our capacity-building efforts, which, I feel, offer long-term and sustainable results, which are crucial in the long run.

MASHAV for example has conducted a comprehensive training program for Ukrainian professionals in various fields, helping them learn and implement Israeli work models in various disciplines. Last August, for instance, MASHAV hosted psychologists and social workers from Kiyv in our Haifa training center of Carmel to help train them in Israeli methods of coping with trauma in schools and in the community at large. In September, furthermore, MASHAV hosted senior staff in the Ukrainian Ministry of Education and shared various Israeli models and methods for opening the school year under fire. Additional courses in this vane will address topics such as water supplies and medical treatment with the goal of implementing Israeli systems and methods in Ukraine, based on Israeli training models.

As we come to the end of the Jewish year, we can look proudly at Israel’s  Agency for International Development Cooperation, MASHAV,  unprecedented and historic efforts this year, under extremely difficult conditions,   to assist Ukraine and alleviate the humanitarian crisis raging therein.

We strive to stand on the right side of history and uphold the fundamental values of the State of Israel: Tikun Olam and lending a helping hand to those in need.

At this Yom Kippur, The State of Israel and its citizens can take pride in our country’s humanitarian efforts at this critical juncture.

About the Author
Aviv Ezra is the deputy Head of MASHAV, Israel's agency for International Development Cooperation, in the Israeli Ministry of Foreign Affairs.
Related Topics
Related Posts 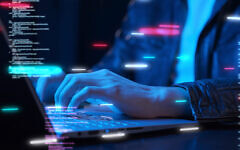