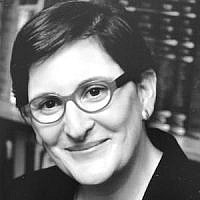 The Blogs
Avital Hochstein
Apply for a Blog
Advertisement
Please note that the posts on The Blogs are contributed by third parties. The opinions, facts and any media content in them are presented solely by the authors, and neither The Times of Israel nor its partners assume any responsibility for them. Please contact us in case of abuse. In case of abuse,
Report this post. 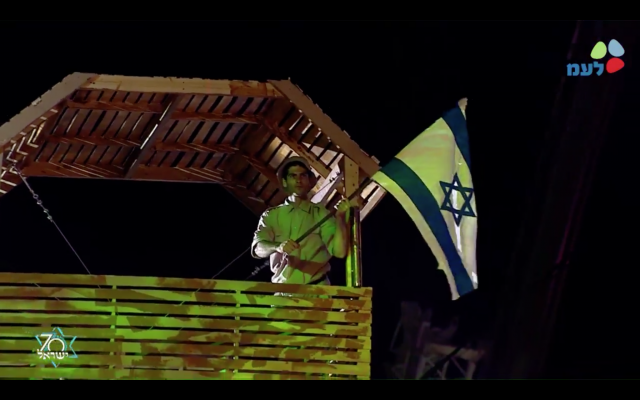 JERUSALEM (JTA) — Rabbi Donniel Hartman, who lives in Jerusalem yet works regularly in North America, likens Diaspora Jews to grown children who have left their parents’ nest and created their own space and home outside the homeland of the Jewish people.

The beloved grown adult children still feel at home when they visit their parents — that is, Israel. Yet they may not go freely into every room in the house or feel at ease, even though it is still their ancestral, family home.

Rabbi Shira Koch Epstein of the 14th Street Y in New York spins that metaphor in another direction. She understands the relationship between Jews who live in Israel and those who live elsewhere as one of siblings. She prefers a portrait conveying greater equality between the two groups.

Epstein says that Israeli Jews are like the children who have moved back into their parents’ home, while Jews elsewhere are like the children who have set up a new home. Jews around the world are free to create their own new spaces as they understand them, with no limitations stemming from parental baggage. Israeli Jews face a more arduous task. Feeling free to innovate when one has moved back into the home of one’s parents is more challenging, she says.

I appreciate both metaphors of family dynamics. This is an important conversation. Yet I am uncomfortable. The shift from understanding the relations between Israeli Jews and world Jewry as one between parents and grown children, to appreciating them as the relations between siblings, is interesting, challenging and compelling. But the constraints that Rabbi Koch Epstein describes feel foreign to my experience as an Israeli.

While the sibling metaphor is a helpful way to understand the realities and challenges of Jews today, I would flip it: World Jewry, not Israelis, are the grown children living in their parents’ home, as, indeed, Jews have been living outside Israel, with no sovereignty and as a minority, for more than 2,000 years.

Thus, Jews around the world are living in their parents’ environment and struggling, often with success, to break free from old traditions and ways, despite being in an all-too-familiar environment.

Israeli Jews, on the other hand, are the siblings who have broken with old family ways and are meeting new situations at every turn. Being the majority and having Jewish sovereignty are new experiences for Jews, even after 70 years of having a state.

As we mark our 70th anniversary as a state, we have a lot of work ahead of us figuring out how, for example, we should treat minorities ethically and Jewishly. We must continue asking how an ethical Jewish army should function, how to collect taxes and spend government revenues, and many more issues.

Jews in Israel today face new challenges and novel circumstances. But we also have new tools to use because there exists a state with a Jewish majority and sovereignty. In their new home, they have the freedom to innovate, to experiment, and to meet those challenges and circumstances in their own way.

Rabbi Avital Hochstein is a research fellow at the Shalom Hartman Institute in Jerusalem and president of Hadar in Israel.

About the Author
R. Avital Hochstein: Hartman Institute & Mechon Hadar - Avital Hochstein is a teacher and researcher. She is the Mechon Hadar Israel - Director, and a 'Maskilot' fellow at the Hartman Institute in Jerusalem. Co-authored "Women Out Women In – The Place of Women in Midrash" (published in 2008) with Prof. Chana Safrai. Currently pursuing her PhD on issues of Talmud and Gender.
Comments