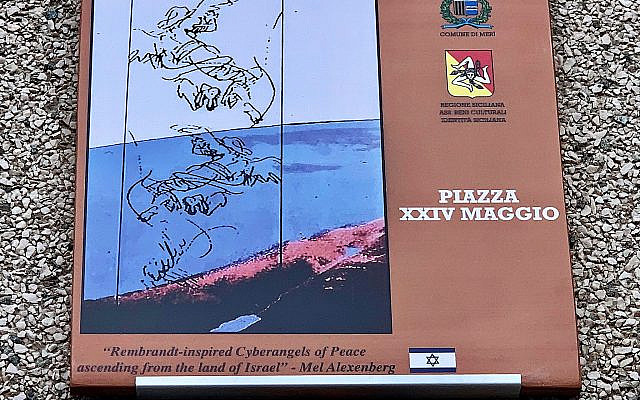 Prominent Italian artist Lorenzo Chinnici and his son Francesco Chinnici created “Meri Timeless Immortal Art 2021,” an open-air museum in his hometown of Meri, Sicily. He invited sixty artists from countries throughout the world to participate in a collaborative art project to redefine the role of art in an urban context as a way of beautifying a city. I was invited to represent Israel.

Lorenzo Chinnici explains that the project involved the installation throughout the village of Merì of terracotta tiles on which are reproduced the paintings of sixty artists. There are no longer just simple name plaques on walls of streets and squares of the city, but sixty art works that transform it into an open-air museum. The open-air museum is intended to initiate urban regeneration through art as a model of cultural rebirth. Each participating artist is honored by having his or her artwork, name, and country linked to the name of a street or square.

“Meri Timeless Immoral Art” is an artistic expression of international collaboration that puts Meri on the map. Merì is a charming small town with medieval roots on the north-eastern shores of Sicily. It is hardly where you would expect a worldwide artistic community participating in creating a pioneering open-air museum.

To go on a tour through the town of Meri and see all sixty paintings on street signs, see MERÍ TIMELESS IMMORTAL ART 2021 – YouTube. My sign for Piazza XXXIV Maggio “Cyberangels of Peace Ascending from the Land of Israel” can be seen at 12.57 to 13.10 seconds into the video.

The Merì project aims to be more than an open air gallery. It hopes to create a model of cultural rebirth by changing how art is viewed within an urban context, art that is democratic, free and open for all, with no money involved and no commercial interest attached.

“Timeless Immortal Art China” modeled after the Meri open-air museum of art will have artworks from throughout the world adorning street signs in Shanghai and other cities in China. My artworks in China will represent Israel.

CYBERANGELS FLY FROM ISRAEL TO SICILY

In response to Lorenzo Chinnici’s invitation to participate, I wrote that I am honored to represent Israel with my artwork CYBERANGELS OF PEACE ASCENDING FROM THE LAND OF ISRAEL among the artworks of many other countries in your MERI’ – TIMELESS ART project in your beautiful City of Meri.

I sent him this description of my artwork that he requested.

“CYBERANGELS OF PEACE ASCENDING FROM THE LAND OF ISRAEL is a serigraph in the collection of the Israel Museum that was created in Jerusalem by the Israeli artist Mel Alexenberg. It shows digitized Rembrandt-inspired angels ascending from a NASA satellite image of Israel. It illustrates the biblical commentary that the angels in Jacob’s dream go up from the Land of Israel and come down to earth throughout the world.”

“He had a vision in a dream. A ladder was standing on the ground, its top reaching up towards heaven as divine angels were going up and down on it.” (Genesis 28: 12) 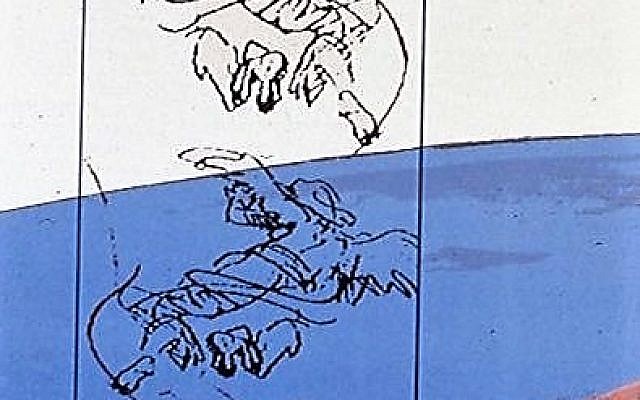 “The Cyberangels of Peace carry a digital age message to each of the 70 biblical nations populated by the descendants of Noah that God “separated into their lands, every one according to his language, according to their families, into their nations” (Genesis 10: 5). They convey God’s message that the nations of the world are not meant to speak one language as in the disastrous Tower of Babel episode. Each nation has its unique and distinct voice to contribute to the grand planetary choir singing God’s praise.”

ART IS A COMPUTER ANGEL

Lorenzo Chinnici told to me why my artwork was selected to mark the town square called “Piazza XXXIV Maggio” (Piazza twenty-four May). “The square takes its name from a date Important for us Italians, because on May 24, 1915 Italy entered the First World War, a difficult and dark era. We have chosen to place your angels there precisely for this reason, as a symbol of purity, freedom and protection, so that these dark periods never return. Your installation marking this square represents for us, a symbol of protection and blessing through your angels.”

I responded to him that the key to linking art and angels is found in the Bible. The term for “art” in the original Hebrew language of the Bible is found in the description of the master artist Bezalel creating the Tabernacle. The Hebrew for “art” is two words that translate as “thoughtful craft,” a feminine term. Since I’m a male artist, I transformed it into a masculine form. I was surprised discovering that in Hebrew, it reads as “computer angel.” In the ancient language of the Bible coming alive in our digital age, “art” is a “computer angel!”

So not only does my cyberangel from the Land of Israel come down to earth at Piazza XXXIV Maggio to symbolize freedom, but it announces that it is the mate of “art” itself. On the cover of my latest book, Through a Bible Lens: Biblical Insights for Smartphone Photography and Social Media, you see my cyberangels ascending from a satellite image of Israel on a smartphone on their way to Meri. 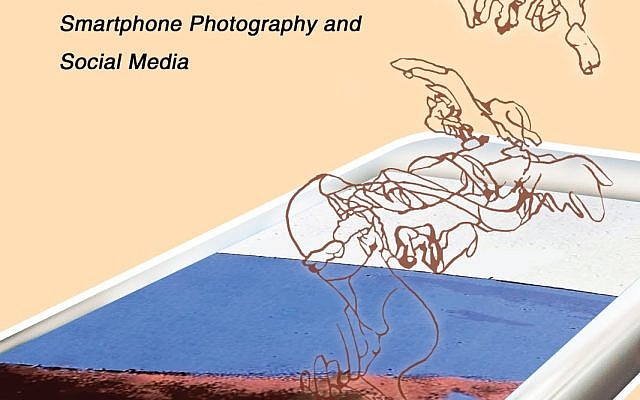 Meri Open-Air Museum in Messina Province, Sicily, is an 1197 mile flight (1926 km) from Jerusalem, Israel; or 0 cybermiles via The Cloud

Cyberangels of Peace are waiting on a virtual runway to fly from the Shrine of the Book at the Israel Museum in Jerusalem, where the oldest manuscripts of the Bible are housed, to the Meri Open-Air Museum on May 24, 2022. They will join the cyberangels on the sign marking Piazza XXIV Maggio, the plaza in Meri commemorating Italy’s entry into WWI on May 24, 1917. The two groups of angels will shout out in unison the words of the prophet Isaiah:

“They shall beat their swords into plowshares and their spears into pruning hooks. Nation will not lift sword against nation, and never again will they learn war.” (Isaiah 2: 4)