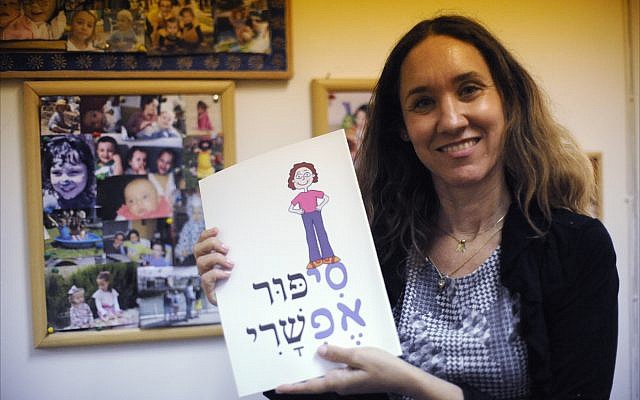 Shira Zagury, CEO of the Cystic Fibrosis Foundation of Israel, holds up a children's book about the disease at her Ramat Gan office. (Larry Luxner)

RAMAT GAN — When Shira Zagury joined the Cystic Fibrosis Foundation of Israel as CEO eight years ago, only one cystic fibrosis patient sat on the nine-member board of directors. Today, five of the nine are adults with CF — a reflection of the ever-increasing life expectancy of those born with the disease.

Israel, with nearly 8.9 million inhabitants, is home to 680 registered CF patients — including 150 Arabs — and roughly 350,000 carriers. The chronic disease was long thought to be associated with Ashkenazi Jewish ancestry, though it’s also found among Sephardim as well as black Jews from Ethiopia.

Zagury said she knows of several cases in which women who were told they weren’t carriers gave birth to children with CF because they had mutations for which they were not tested.

“We’re now in a big fight with Israel’s Ministry of Health over the screening panel,” Zagury said. “Today they check only 14 mutations, but four years ago our association screened all patients who didn’t know which mutation they have — and we now know of 72 mutations in Israel. We have asked the ministry to include about 60 more mutations in the panel.”

Zagury was interviewed at CFF Israel’s modest headquarters in Ramat Gan, along with Danny Italiaander, a board member whose 16-year-old son, Amichai, has CF.

The organization was established 51 years ago, at a time when there was little knowledge in Israel about CF. Soon after that, the country’s first cystic fibrosis clinic opened at Tel HaShomer Hospital’s Sheba Medical Center; its director was pulmonologist Daniel Katznelson, now 95.

CFF Israel today employs 10 people, including four social workers, two pharmacists, one physiotherapist and other staffers. It operates on an annual budget of $1 million. 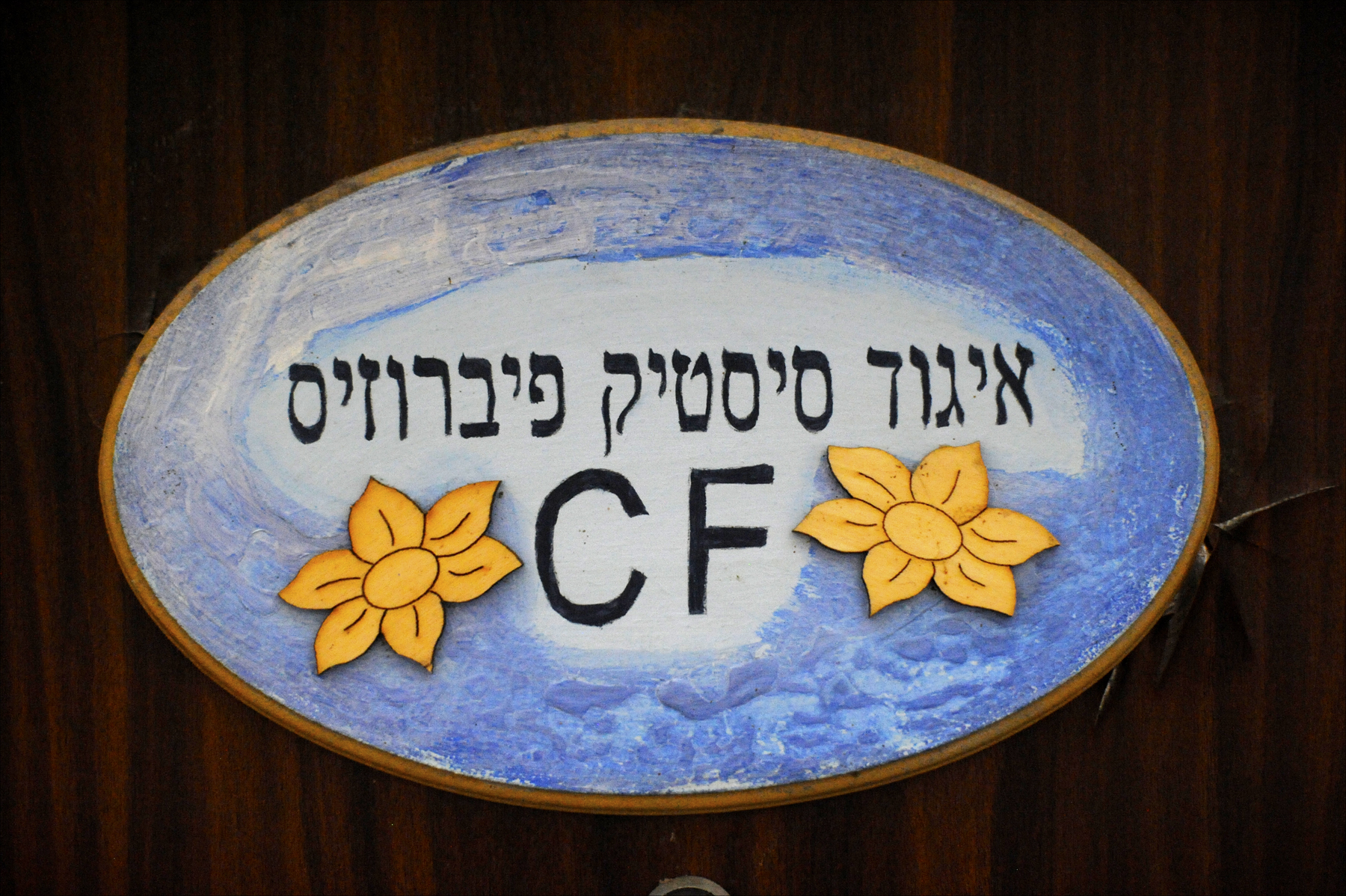 Despite official state recognition of CF as a chronic rare illness, the Israeli Health Ministry and various health plans only partially supply special treatments, therapies and other essential needs. CFF Israel fills this gap by providing funding for the following:

“Six years ago, thanks to our foundation, physiotherapy treatment for CF was included in Israel’s ‘health basket’ of coverage for the first time,” Zagury said. “We were behind it, but the Ministry of Health thought it was science fiction, that it would never work, because families got reimbursed after doing the treatment. But it was such a success that now, patients with other rare diseases like A-T syndrome and PCD [primary ciliary dyskinesia] get physiotherapy treatment covered too.” 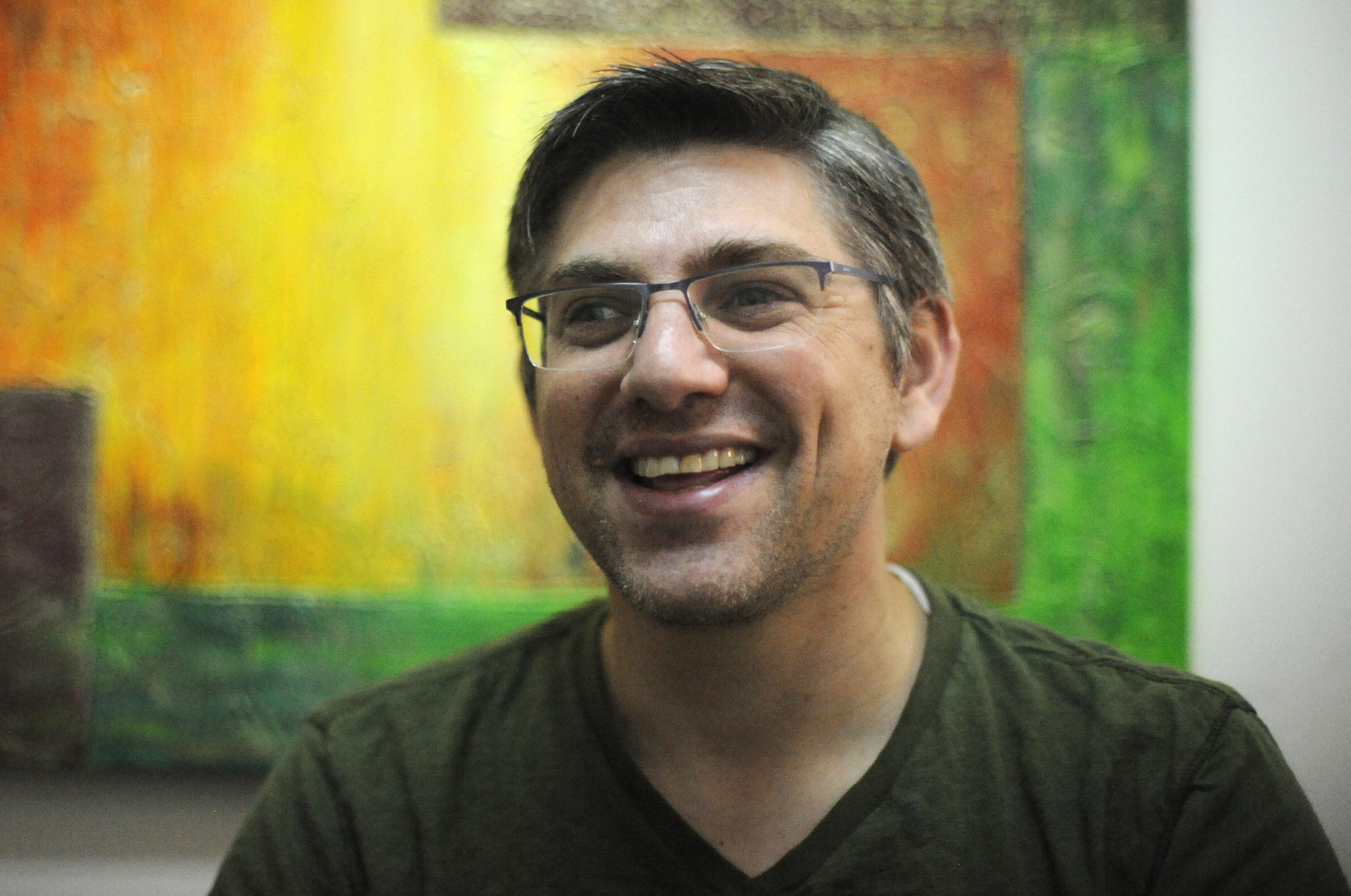 Daniel Italiaander is a board member of the Cystic Fibrosis Foundation of Israel. (Larry Luxner)

To date, 38 Israelis with CF have received lung transplants. The first was performed 20 years ago on a woman who is still alive thanks to the procedure, which is completely covered by the country’s health system.

Yet Zagury said the supplemental aid her organization provides is crucial, because 20 percent of the families of CF patients are living at or below the poverty level.

Italiaander dedicates one day a week for fundraising and organizing events, such as a recent concert in Ra’anana, and a July wine-tasting party in London. He has also visited New York and Palo Alto, Calif., to expand CFF Israel’s philanthropic network.

Group focuses on treatment, not research

CF research is alive and well in Israel, as evidenced by the fact that some 20 Israeli scientists traveled to Serbia in June to attend the 41st European Cystic Fibrosis Conference in Belgrade. These included Dr. Hannah Blau, director of the Pulmonary Institute at Schneider; Dr. Malena Cohen-Cymberknoh and Eitan Kerem, both of Hadassah; and Dr. Moshe Ashkenazi of Sheba Medical Center’s Edmond and Lily Safra Children’s Hospital.

In addition, Israeli entrepreneurs are behind two companies making headlines in the CF world: Yuval Cohen, CEO of Corbus Pharmaceuticals, which in January received $25 million from the U.S.-based Cystic Fibrosis Foundation to finance a six-month Phase 2b clinical trial of lenabasum; and Amir Avniel, president of Advanced Inhalation Therapies, whose nitric oxide treatment to fight CF lung infections won orphan drug status in 2015 from the U.S. Food and Drug Administration. 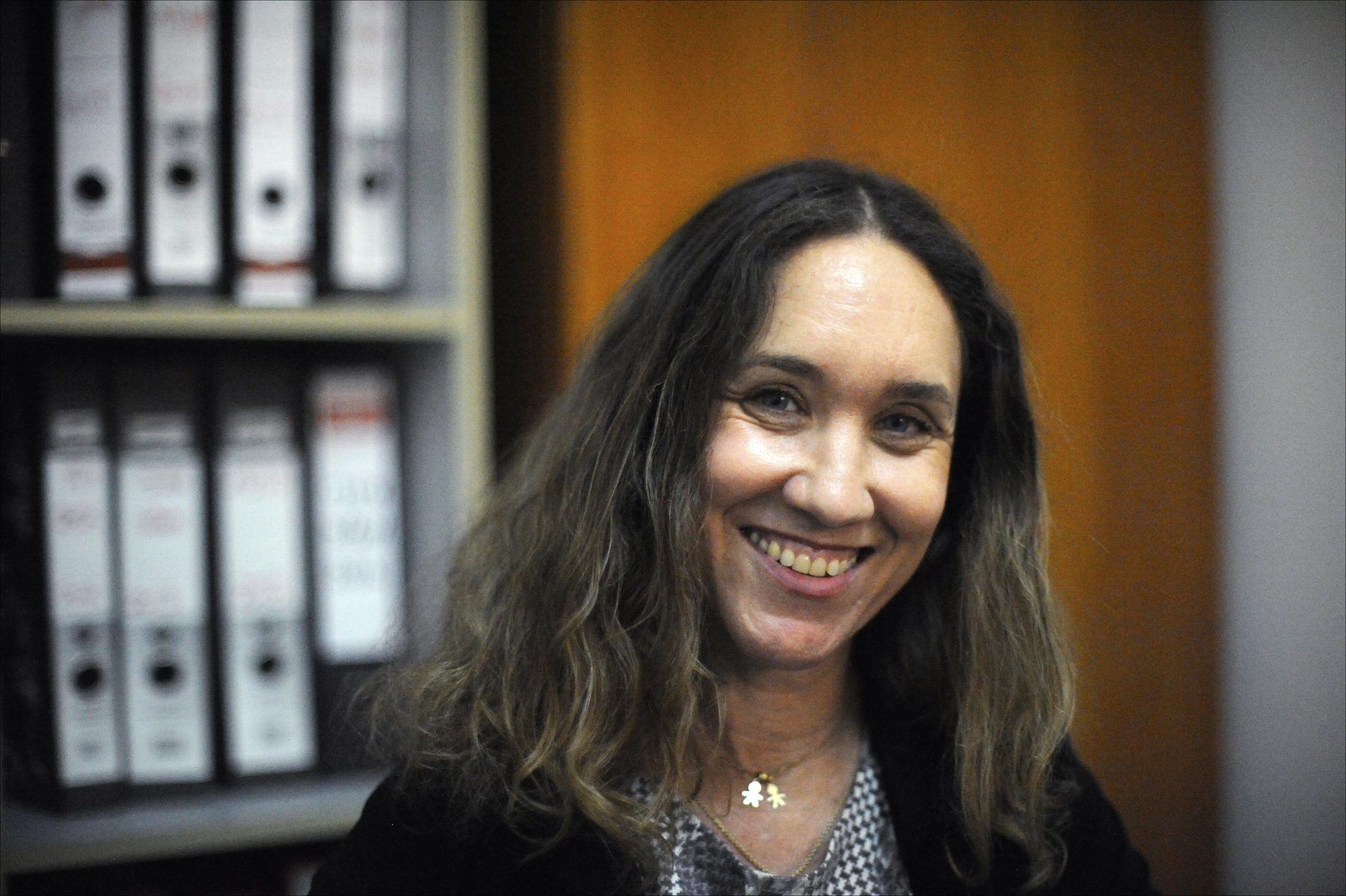 But CFF Israel leaves research to the scientists; the foundation is mainly concerned with the day-to-day welfare of patients with the disease.

“We have consciously chosen not to focus our resources on research,” Italiaander said. “We rely on enormous resources that already exist in the U.S., keeping our fingers on the pulse, and making sure that if something reaches a Phase 3 clinical trial, it is immediately be brought to Israel. That’s where we see our responsibility. But our own resources go to treatment.”

Italiaander’s son is one of 13 patients in Israel taking Kalydeco (ivacaftor), a CFTR modulator therapy developed by Vertex Pharmaceuticals that normally costs $250,000 to $300,000 a year. But here in Israel, it’s included in the healthcare basket.

“This shows we have excellent coverage when it comes to expensive breakthrough medications,” he said. After two years of fighting for it, Orkambi (ivacaftor/lumacaftor) is now also covered since Jan. 1; at the moment, 49 Israelis are on that treatment.

But with only $1 million a year, and just 2 percent of its funds coming from the government, there’s only so much the organization can do.

“Most of our budget goes to the CF families themselves, then our payroll, and also to lobbying. There is simply no money to invest in research,” said Italiaander, explaining that CFF Israel depends almost exclusively from very small donations.

“What we don’t have is one person or foundation that can make a significant donation and take us to the next level,” he added. “My goal is to double the annual budget. The support we’re giving to families right now is very limited, and not nearly as much as they need to cover their expenses. We must also do more  lobbying. There’s so much work to be done.”