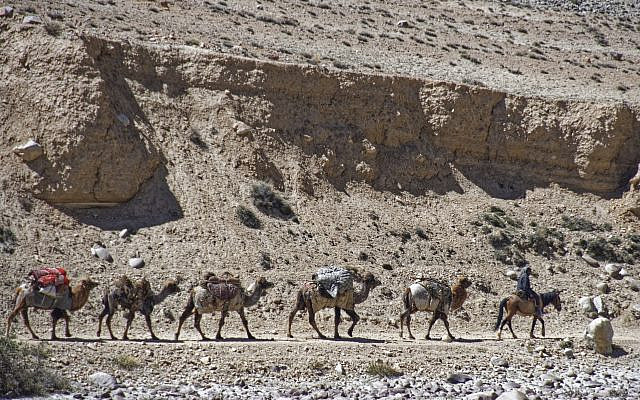 After 20 years in Afghanistan, the United States is withdrawing effective August 31, 2021. Yet after $2 trillion invested (wasted) and 2,500 dead U.S. service members, what do we have to show for it? We routed the Taliban after the devastating terror attack on 9/11, only to see them return in full force within just a few days of our announced withdrawal.

Overall, this was a stunning defeat for the United States of America. First, the immediate fall of the 350,000 strong Afghan army equipped and trained by the U.S. along with the overrunning of the entire country is nearly beyond belief. Further, endless scenes of chaos with U.S. diplomatic and civilian, as well as Afghan interpreters and intelligence evacuees mobbing Kabul airport and being turned back, beaten, and whipped by the Taliban is shocking. On top of that the ISIS-K attack that left 13 U.S. service members dead, another 18 wounded, and a couple of hundred dead Afghan civilians was icing on the disorderly and arbitrary August withdrawal date. Once again, politics took precedence over U.S. lives, so that we could announce that we’ve ending the long war before the upcoming twenty-year memorial in 2 weeks on September 11, 2021.

What stands out in my mind is how a ragtag bunch of Taliban fighters could rout the superpower U.S. that has not only the largest military and intelligence budget in the world, but also the most advanced technology and deadly weapons in all of history. Despite the brave U.S. warfighters who fought in Afghanistan these last 20-years, our politically driven rushed and disorderly withdrawal left us looking like we were running with our tail between our legs. It is a sad image carried on television and the front pages of major newspapers around the world that is embedded in not only our minds, but that of our allies and foes alike. After the similarly chaotic downfall of Saigon to Communist North Vietnam in 1975, the overthrow of the Shah in Iran by radical Islamists in 1981 and the subsequent disastrous U.S. hostage crisis that lasted 444 days, as well as the collapse of the Afghan government to the terrorist Taliban, this is now the 3rd major defeat for the U.S. and a historical stain not only on our determination to maintain superpower status in the world’s eyes, but also on our commitment to democracy itself around the world.

There is an important lesson to be learned here not only for the United States but for our best friend and ally, Israel:

It’s not always the largest, strongest, fastest, and best financed that wins. Like with the story of David and Goliath or even one of my modern-day heroes, Rocky, the determination of the little guy can overcome the biggest and the best of them. The Taliban were patient and over twenty years continued to wage their struggle against us, but more than that they knew that our patience was limited and that eventually we would leave, and they took the long view and planned for the overthrow of the government and the return of their rule after we were gone. They waited us out and that can be an incredibly successful strategy!

For Israel, this is the same strategy that the Palestinians and the Arab League have been taking for 73 years since Israel’s founding. They are persistent in their attacks on us, and they vary them to try to keep us off balance. War, Intifada, terrorism, BDS, delegitimization, resolutions by the United Nations, and the refusal to negotiate, it is all in the name of the “long game” where they believe that eventually, Israel will tire from fighting and will somehow give up. Whether they wear us down piecemeal by getting back the Sinai first, Gaza second, maybe the West Bank third, it will not end there. It is a strategy that Yasser Arafat put in place to incrementally weaken and eventually destroy the Jewish State.

Patience is critical to winning not to give in, and certainly not to surrender. It is truly a “War of Attrition” or in Israel they like to say, “The War Between The Wars.” Ultimately, Iran threatens the Jewish State with nuclear ballistic missiles, but the Palestinian’s ticking time bomb for Israel is a “War of Return” to flood Israel with millions of Palestinian “refugees” (i.e., really the refugees’ decedents and now even decedents of decedents) and to demographically out-populate us and outvote us in the single Jewish homeland thereby making it Palestine and no longer Israel. Thus, the Palestinians turn down every offer for land for peace (and of course for peace for peace), and they try to wait us out just like the Taliban waited out the United States.

The Palestinians like the Taliban each have their associated terror groups to cause havoc and death in the world. For the Palestinians, they have Hamas, Hezbollah, Islamic Jihad, and ISIS, and for the Taliban, they also have Al Qaeda and ISIS-K. Terrorists terrorize and keep their enemies constantly in fear and the defensive. It’s expensive not only to Israel and the U.S. in terms of treasure and blood, but it wears down the morale of the people over time who just want peace in their times.

Fortunately, for the United States, when we have had enough bloodshed, we can just set a (arbitrary) timetable and pick up and go home. Even if we leave billions of dollars of military equipment to the Taliban and the Afghan soil soaked in U.S. blood, we can just pack up and leave whenever the President says so. However, for Israel and the Jewish people surrounded by hundreds of millions of Arab League enemies, we not only have nowhere else to go, but we don’t want to be anyplace else but Israel! Therefore, for Israel there is no retreat and ultimately, there is no withdrawal!

Israel is the Jewish homeland and the Biblical Promised Land from G-d. What the Palestinians haven’t understood in all these years, since the State’s founding in 1948, is that no matter how long they try to wait us out, we have more determination than they have patience! The Jewish people will never give up our historical and legitimate rights to be a sovereign nation in our land, Israel. In the end, the Palestinians may be very patient, but we are the ones who are utterly determined: whether Ashkenazi or Mizrachi, Labor or Likud, Tel Avivian or Jerusalemite, one thing that we all fundamentally agree on is our sheer and utter determination as the Jewish people to survive and be a free nation in our land.

Israel has a lot in common with the United States from democracy to deep-rooted Judeo-Christian values, but Israel is not like the United States in terms of its ability to pick up and leave, ever. The Palestinians and their Arab sympathizers are grossly mistaken that patience will defeat Israel, just as they think it has the United States in Iran, Vietnam, and Afghanistan. Like the camel that is determined to carry on even in the worst desert conditions, the Israelites spent 40 years traveling from Egyptian servitude through the desert to get to the Holy Land. The Jewish people are not only patient in their own right, but more importantly faithful in G-d’s promise to us and determined that we are never going anywhere or giving up to anyone in this fight for our national existence and the right to live in our 4,000-year-old historical, Biblically promised, and beloved homeland of Israel.