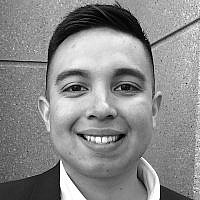 The Blogs
Juan Gilces Coronel
Apply for a Blog
Please note that the posts on The Blogs are contributed by third parties. The opinions, facts and any media content in them are presented solely by the authors, and neither The Times of Israel nor its partners assume any responsibility for them. Please contact us in case of abuse. In case of abuse,
Report this post. 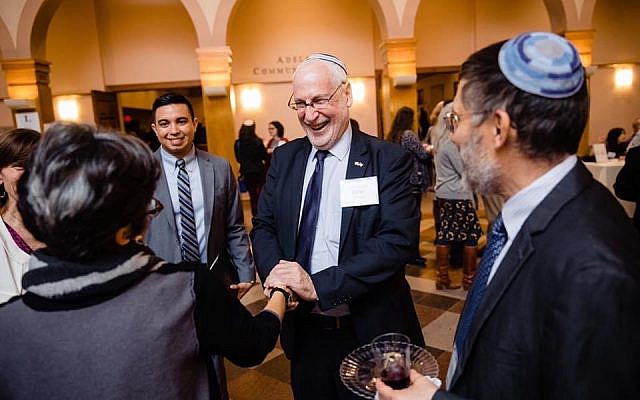 For over two years I’ve had the opportunity to witness and assist the day-to-day work of Israel’s top diplomat in Boston. As chief of staff to the Consul General of Israel, I wrote briefs, memos, managed meetings, calendars, and appointments. Furthermore, this position gave me the opportunity to learn the vital work of Israeli diplomats and why they deserve more credit.

To any average outsider, the Israeli embassies and consulates are there to serve Israeli citizens abroad with passports, notary, and other citizen services. Many non-Israeli businessmen and students have gone to these embassies and consulates to request a student or work visa. While this work is important, these diplomatic missions do much more for the State of Israel and its critical relationship with the United States.

First of all, Israel has nine diplomatic missions in the United States (more than any other country), a tribute to the importance of the U.S.-Israel relationship. These Israeli diplomats engage in a wide range of activities for the benefit of both countries. In Boston, Israeli diplomats have helped hundreds of Israeli start-ups to open shop in the region and contribute to the local economy by adding jobs and positive economic activity. On the other hand, Israeli diplomats are positively affecting the lives of Israelis at home through their service abroad. For instance, the Israeli consulate in Boston was key to pen an agreement last June that allows Israel to purchase a potential COVID-19 vaccine from Massachusetts-based biotech company Moderna Inc.

During my time at the Israeli consulate, I’ve come to appreciate the work of career diplomats in general. Unlike political appointees, career diplomats join their country’s diplomatic institutions through a highly competitive process with a great sense of public service. These diplomats serve most of their careers abroad no matter who is president/prime minister or which political party is in control in their home country. Specifically, Israeli diplomats are known for their passion and resiliency of their work abroad. A Northeastern University professor, who worked at the United Nations, once told me how she remembered the Israeli delegation intensively working the room during an important vote with professionalism and toughness.

The recent diplomatic breakthrough that normalized relations between Israel, the United Arab Emirates, and Bahrain are the results of years of behind-the-scenes work by Israeli diplomats. Unfortunately, these diplomats have been mostly overlooked by the media coverage of other political and government officials alike. The Israeli people should be proud of their diplomats for their hard work abroad that sometimes encounters harsh environments and stumbling blocks. Nonetheless, the Israeli ‘chutzpah’ or what I like to call ‘resiliency’ is put to good use by Israeli diplomats across the globe.

I leave my position at the Consulate General of Israel to New England satisfied, not only for all my productive work but for having a better understanding and appreciation of Israel’s representatives to the world. I welcome you to get to know the closest Israeli embassy or consulate in your area, support their incredible work and give them the appropriate credit they deserve.

About the Author
Juan Gilces Coronel is Manager, Israel & Global Jewish Citizenship at Combined Jewish Philanthropies. Most recently, he was the Chief of Staff to the Consul General of Israel to New England. From 2016-2018, Juan worked for The David Project of Hillel International as a Senior Campus Coordinator for the southwest region of the United States. Juan was born in Ecuador to a family of Dutch-Portuguese Jewish origin and was raised in South Florida. He is a member of Young Professionals in Foreign Policy and former chapter advisor for Zeta Beta Tau fraternity. Juan holds a M.S. in Global Studies and International Relations from Northeastern University and a B.A. in International Relations from Florida International University.
Comments