In Tel Aviv, graffiti has been raised to a fine art. The words of these modern day prophets are written on the subway walls, so to speak, and with a light rail system turning half the city into a massive construction site (and even more massive traffic jam), there was plenty of wall to decorate.

Below is an annotated photo essay showing examples of this prophetic art from my recent visit to the not-always-so White City, as well as other spots in Israel.

Sadly, graffiti often takes a destructive tone — words can heal and also hurt. While I was there, I saw a synagogue in Tel Aviv defaced with words comparing Jews to Nazis, and I was on Mount Zion in Jerusalem the day the Dormition Abbey was defiled by anti-Christian graffiti, an act for which two Jews were later arrested.

All in all, Israeli graffiti left me hopeful. Life there is intense, purposeful, creative, celebratory, and, despite it all, hopeful. Like the film “American Graffiti,” perhaps it might spawn a spin-off that will bring us closer to “Happy Days.” 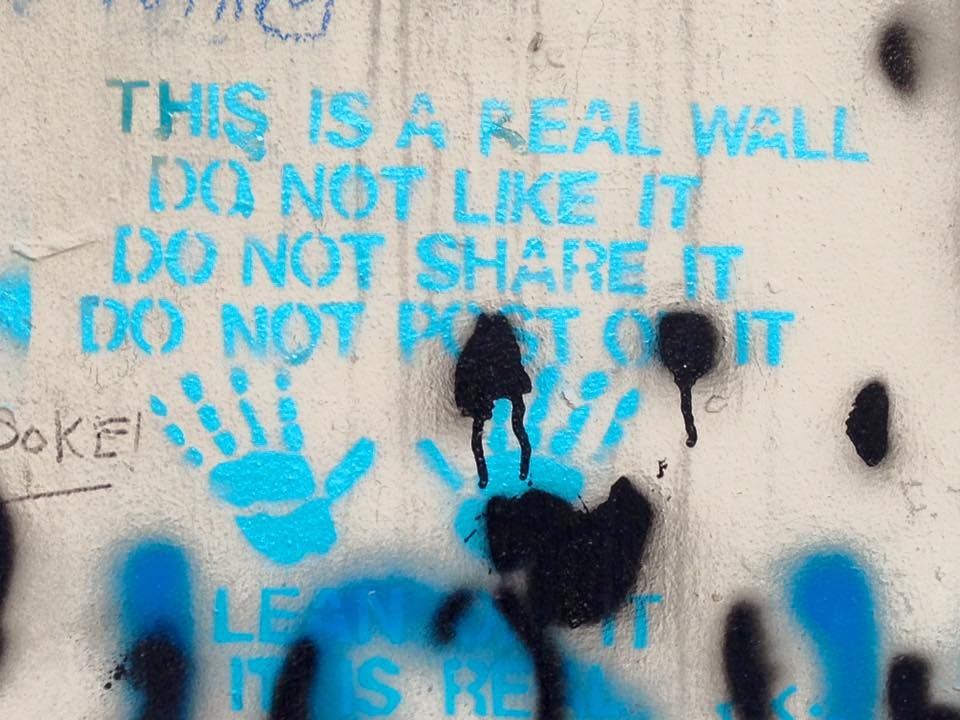 From the Florentin quarter, rejections of the virtual in favor of what is real and human. 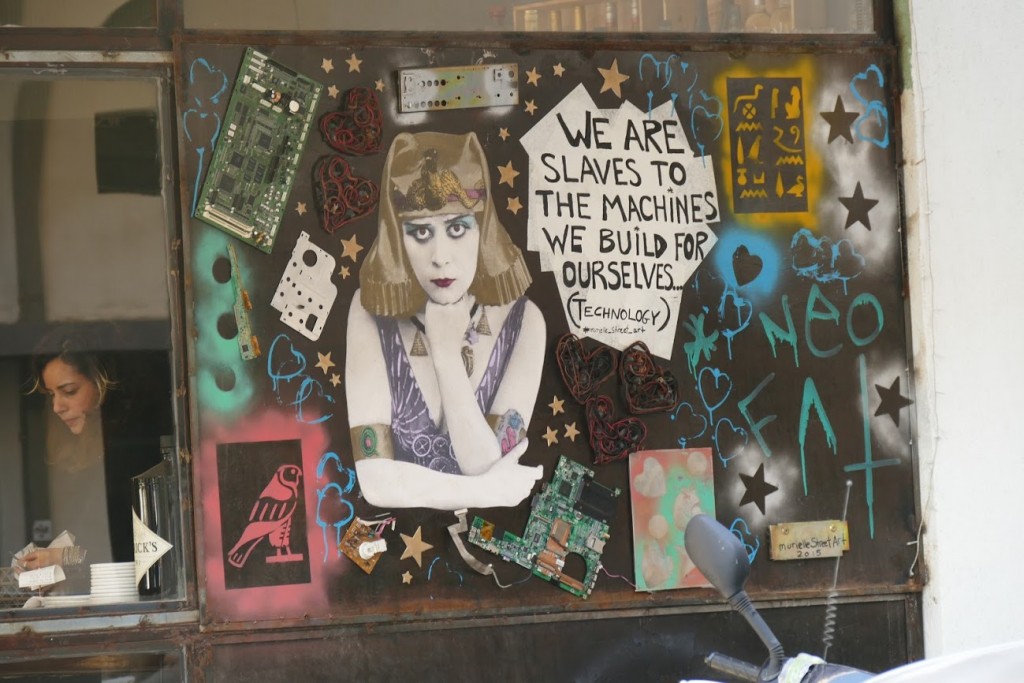 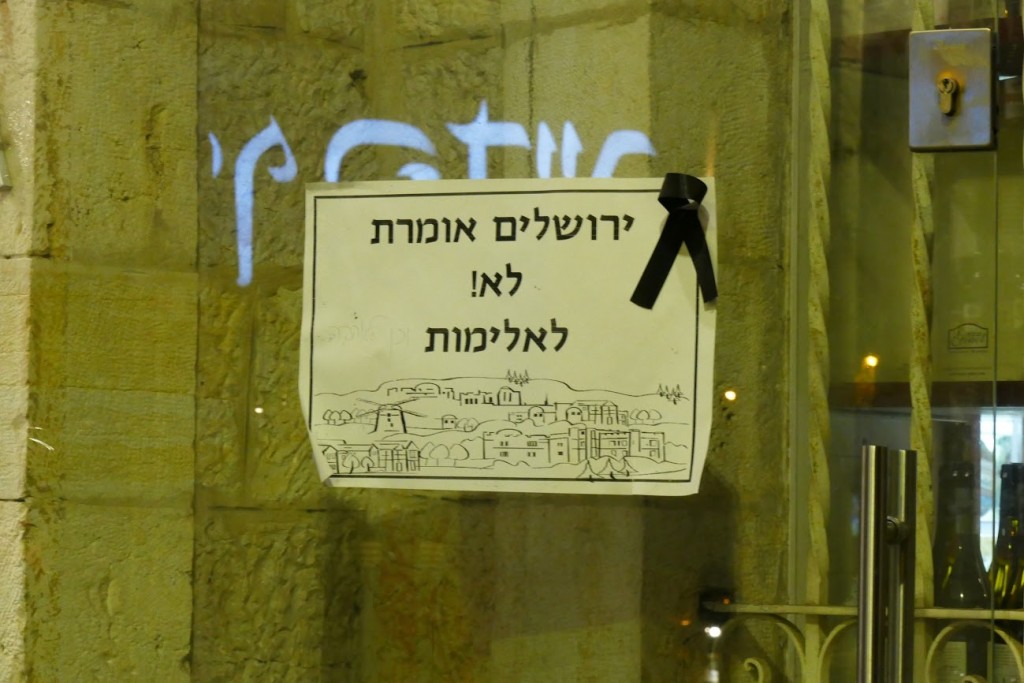 On a store in Jerusalem’s German Colony: “Jerusalem Says NO to Violence.” 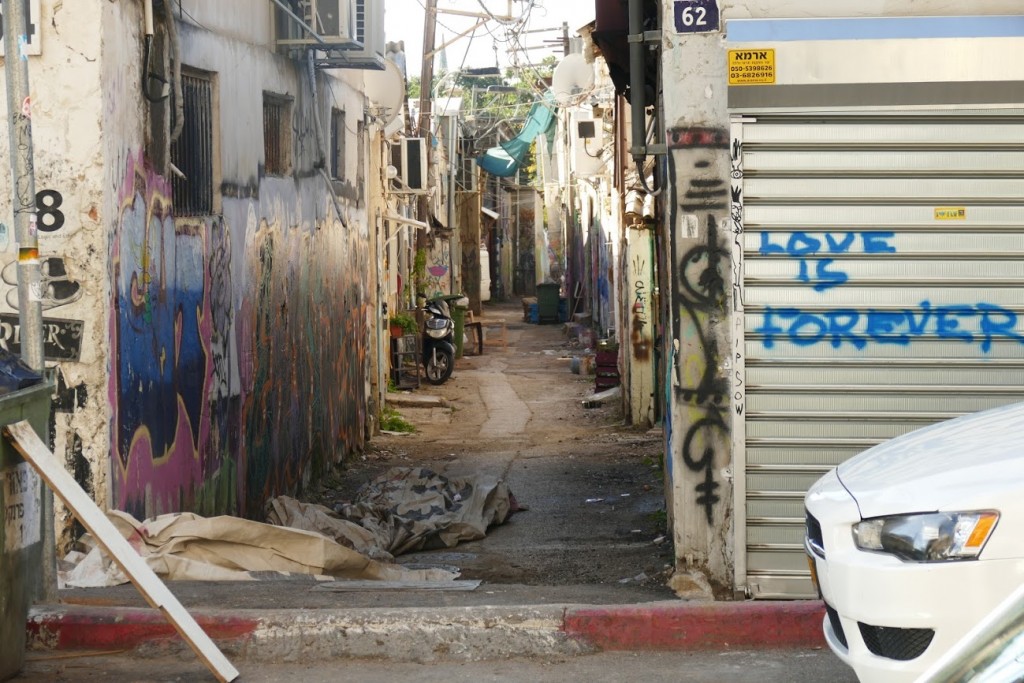 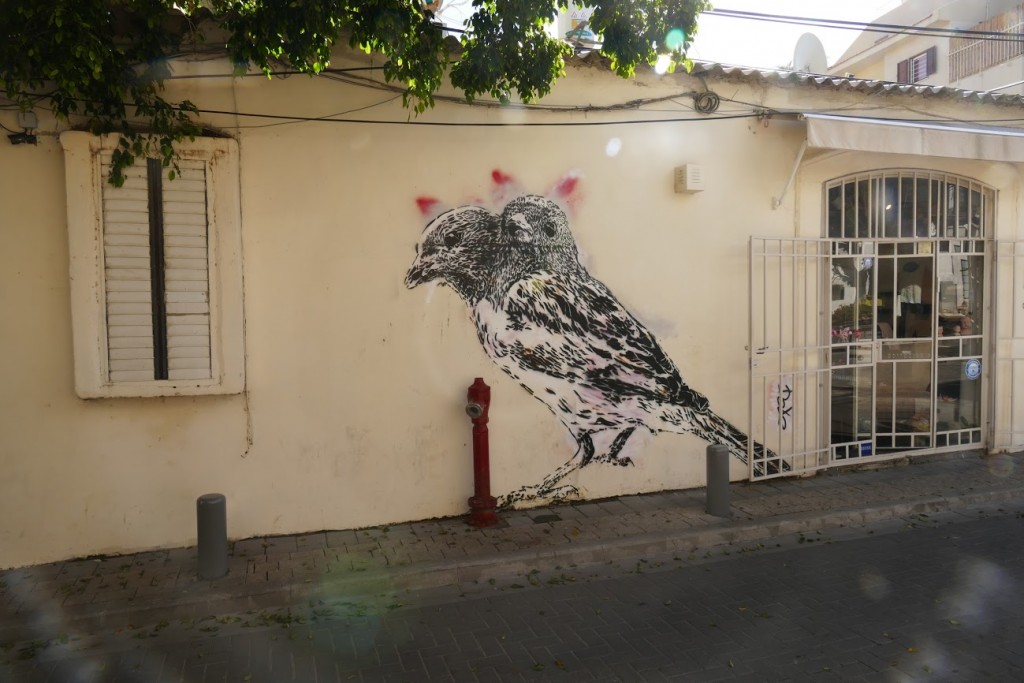 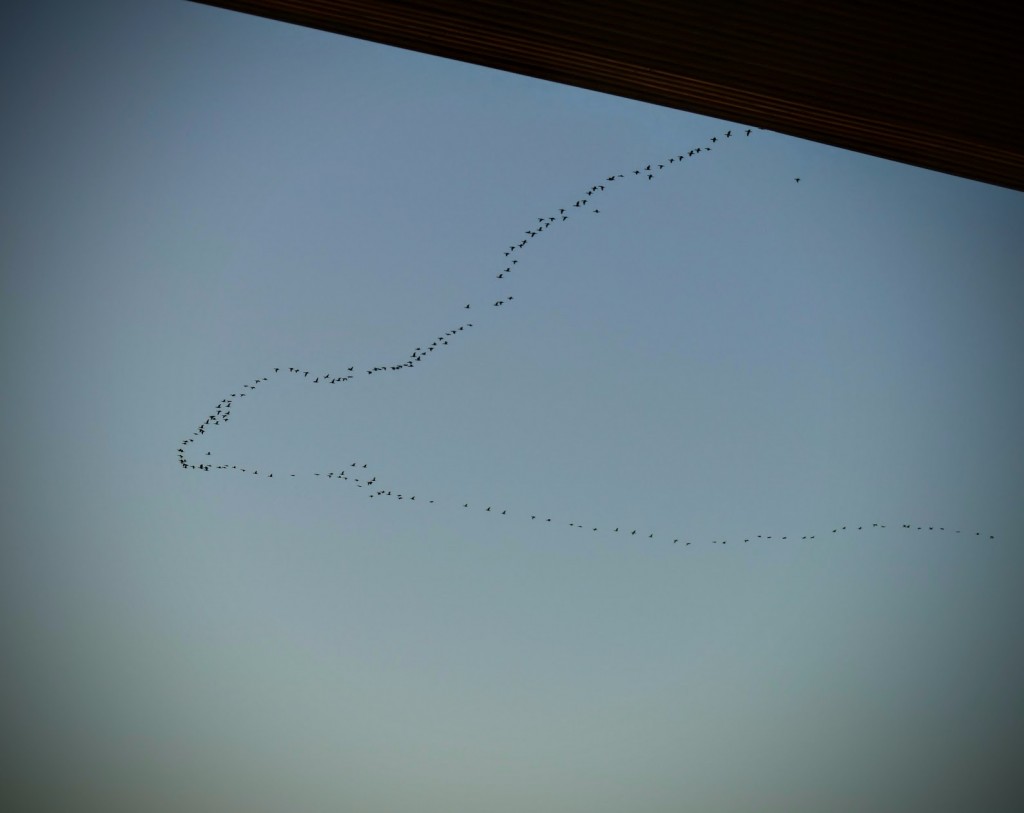 And again. Even starlings got into the act, forming the shape of a dove of peace over Bograshov Beach 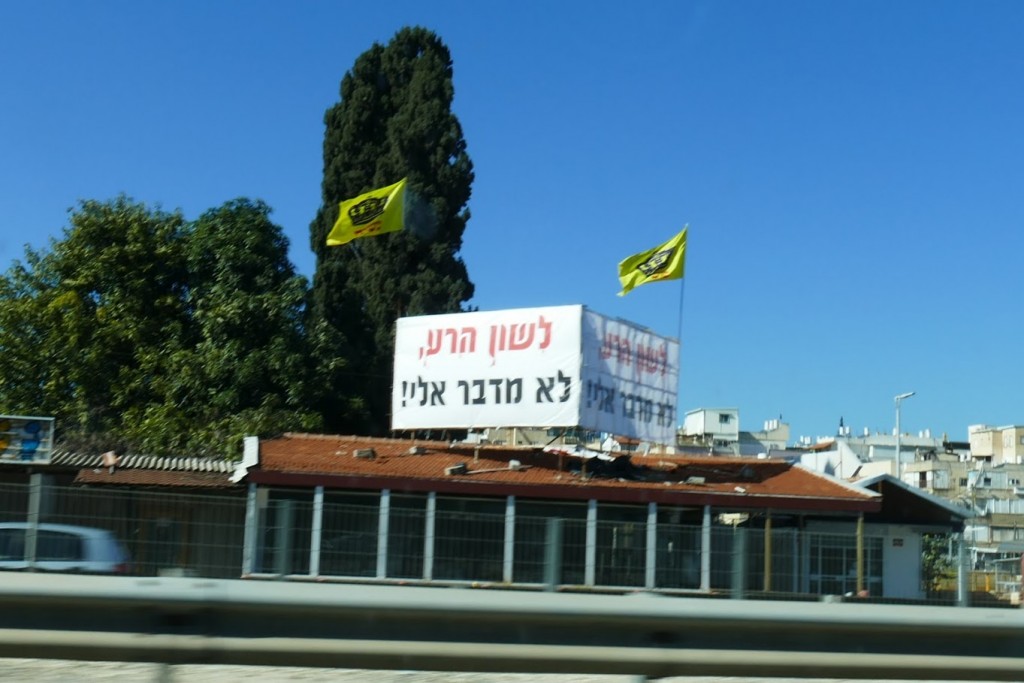 I love this one. On Highway 4, near Bnai Brak, a sign implores us to refrain from gossip (lashon ha-ra). Only in Israel. 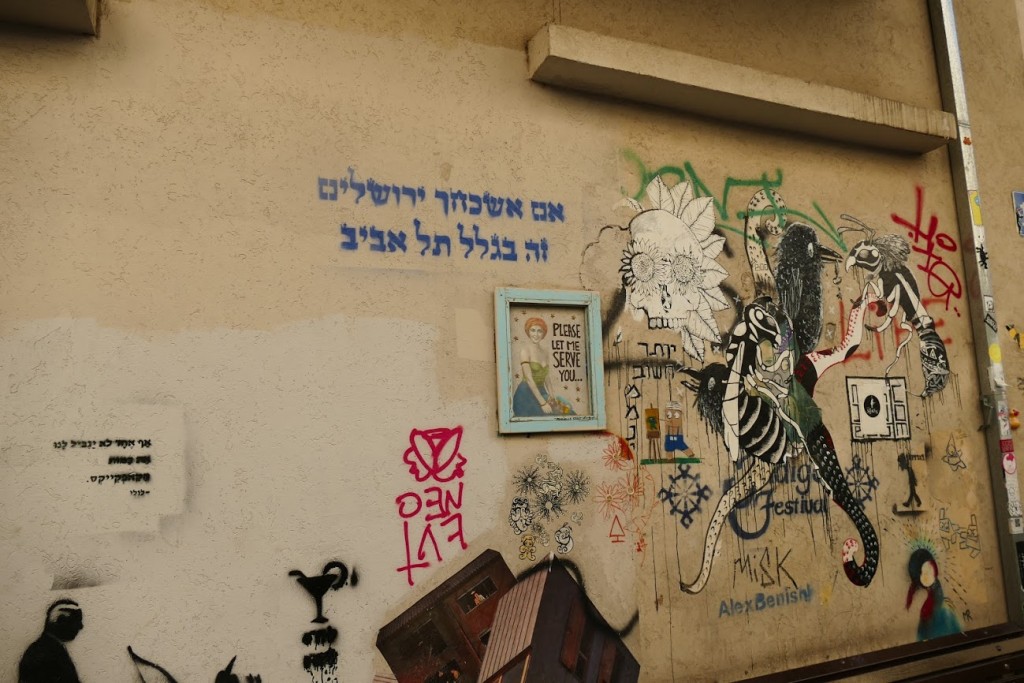 In Florentin, “If I forget thee, O Jerusalem…it’s because of Tel Aviv!” Truly, the contrast between the two cities could not be more stark, except that both are doing precisely the same thing — stretching the limits of the human capacity to dream. 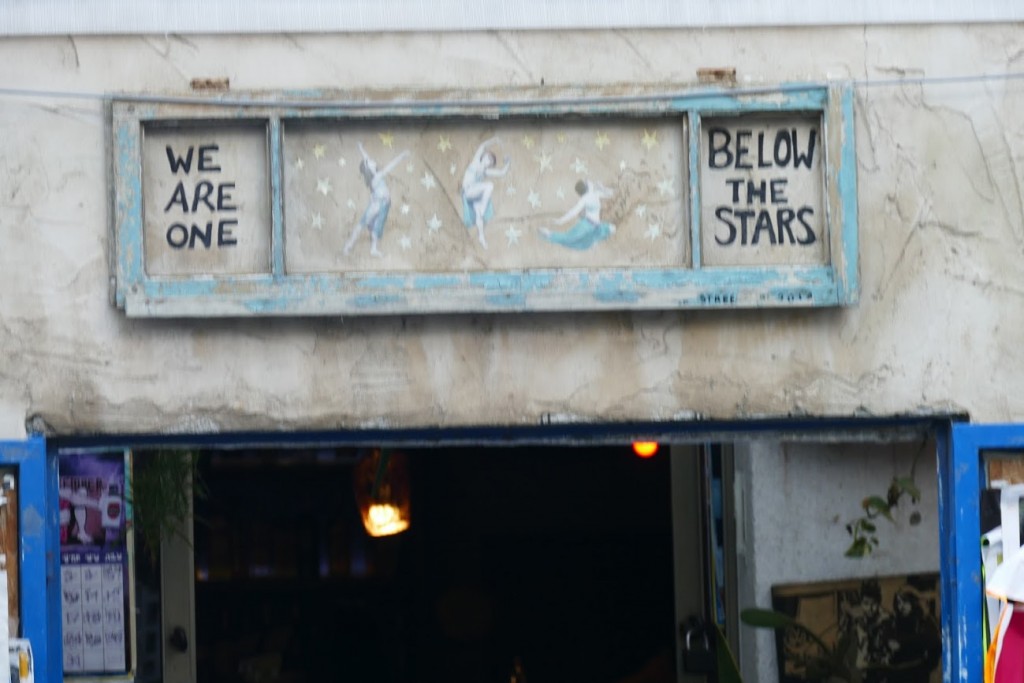 Forentin — note that English is the language of choice in Tel Aviv’s graffiti world. 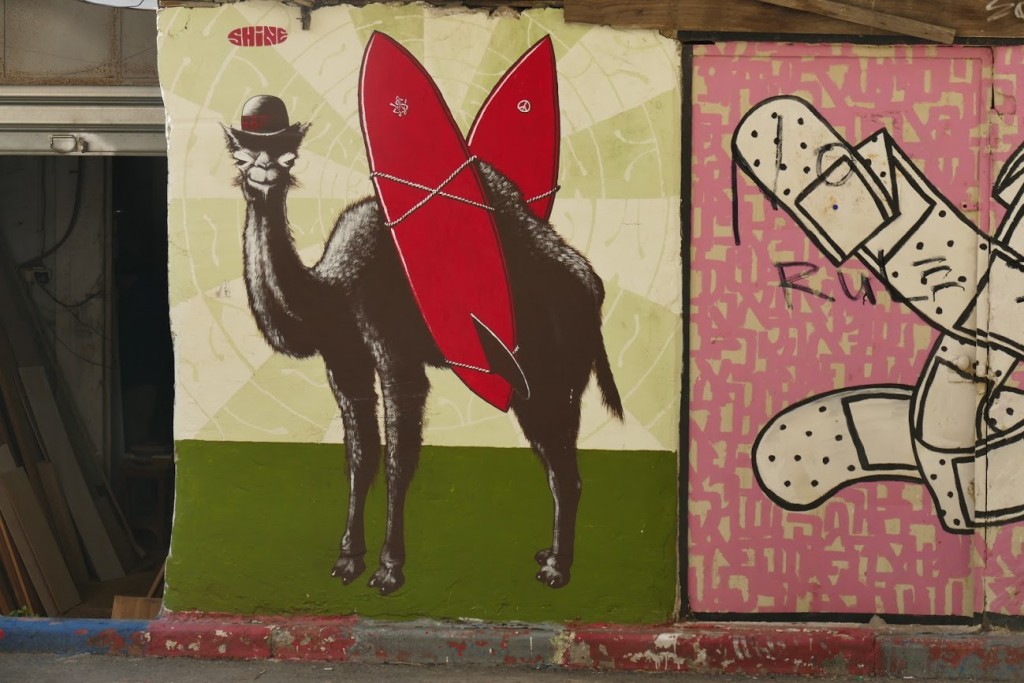 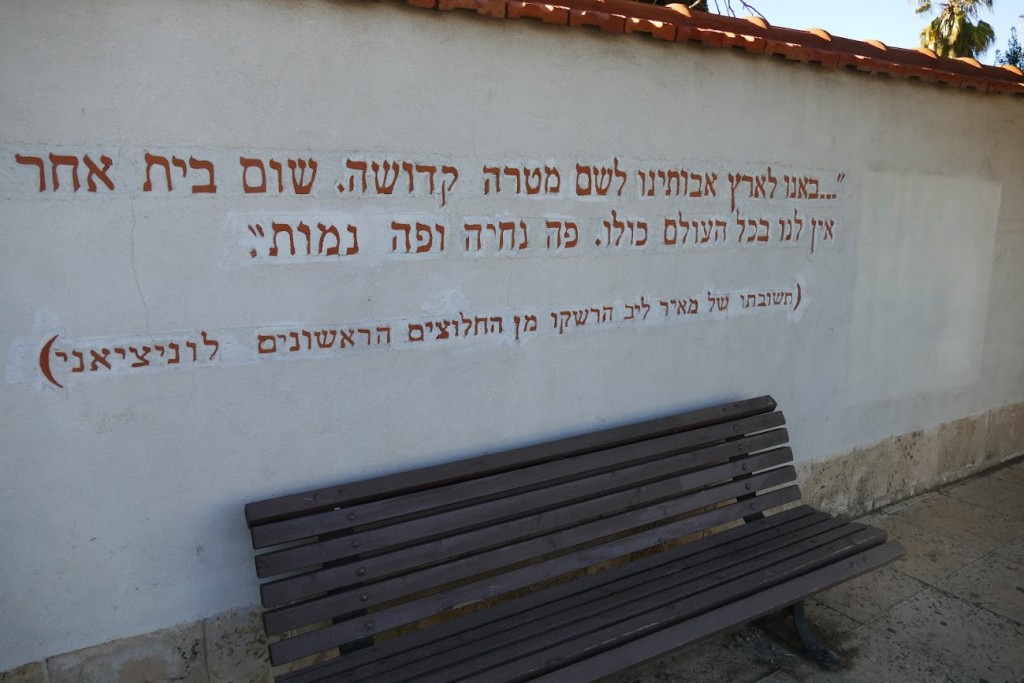 Adorning the cemetery of Zichron Ya’akov: A quote from one of the first Zionist pioneers: “We’ve come to the land of our ancestors with a sacred goal. We have no other home in the world. Here we will live and here we will die.” 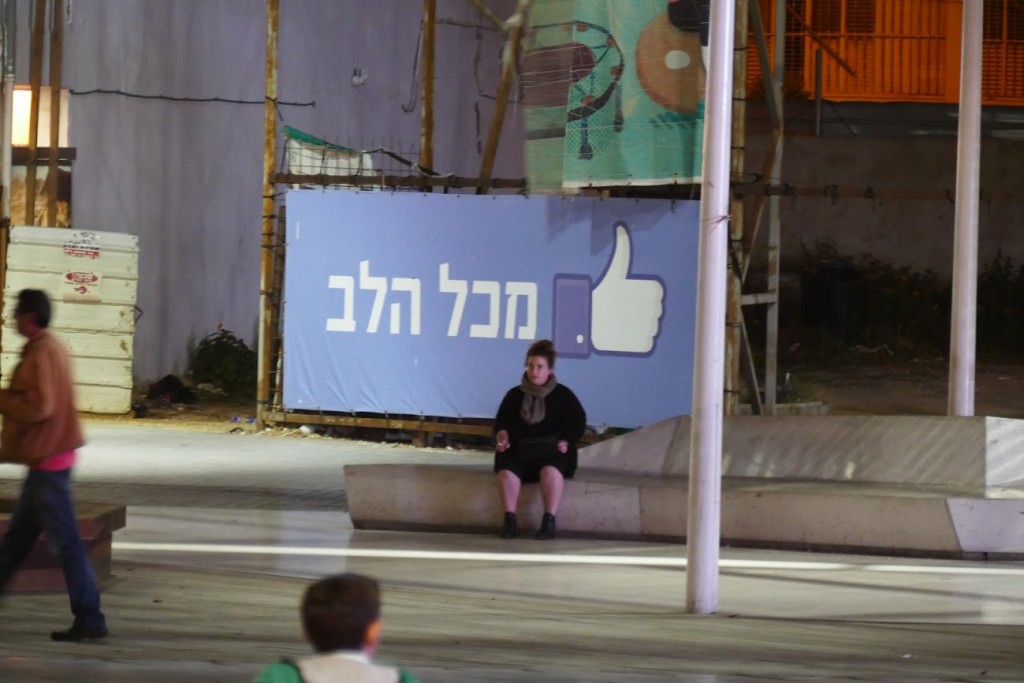 Netanya’s central square, where I heard almost no Hebrew spoken — but lots of French and Russian. Here, a Facebook “Like” appears with the Hebrew expression, “whole-heartedly,” echoing the first paragraph of the Sh’ma. 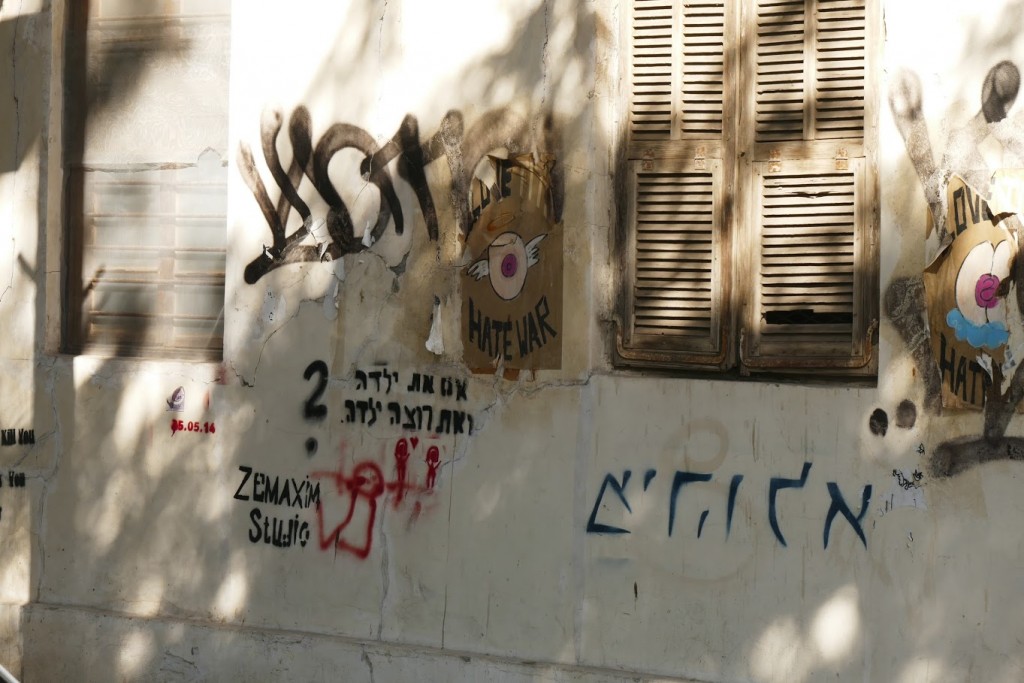 On a wall in Neve Tzedek. God’s name is on this wall — spelled backwards. Is this a challenge to God, a statement of our being created as God’s mirror image, or a means of making it easier to see God in our rear view mirrors, as we leave God in the dust? 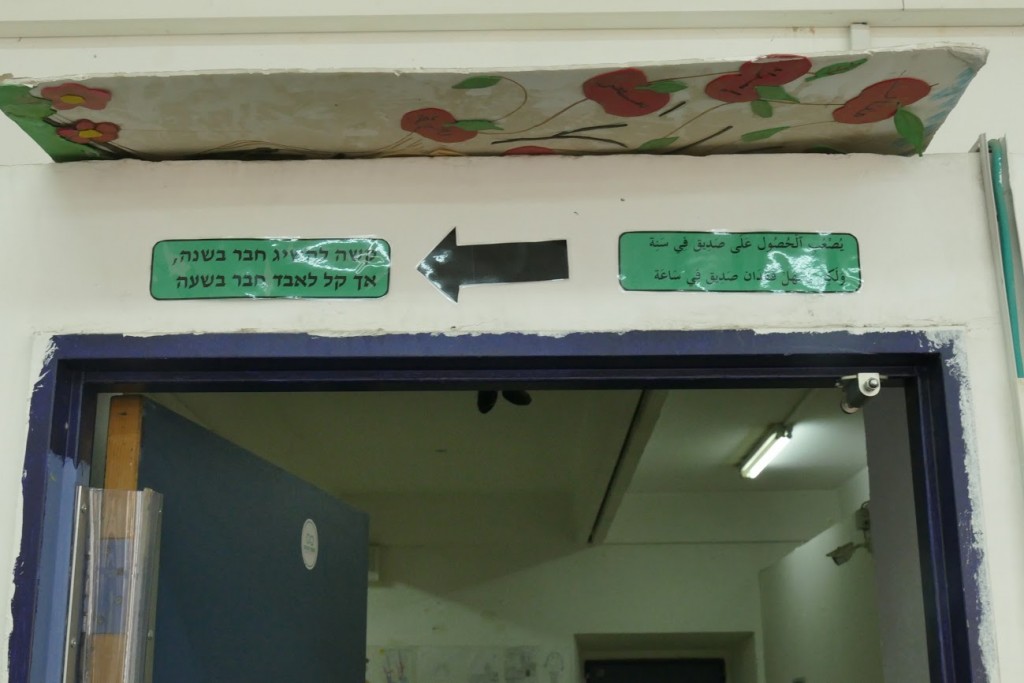 I visited the school where my son Dan is volunteering, teaching Arab children in Lod. The sign above, which I saw in a classroom. says, in Hebrew and Arabic: “It takes years to build a friendship — and an hour to destroy it.”

The one below states, “One worries for a year to grow wheat, and to plant and nurture a tree, it takes years. But to nurture and educate a child, it takes generations.” 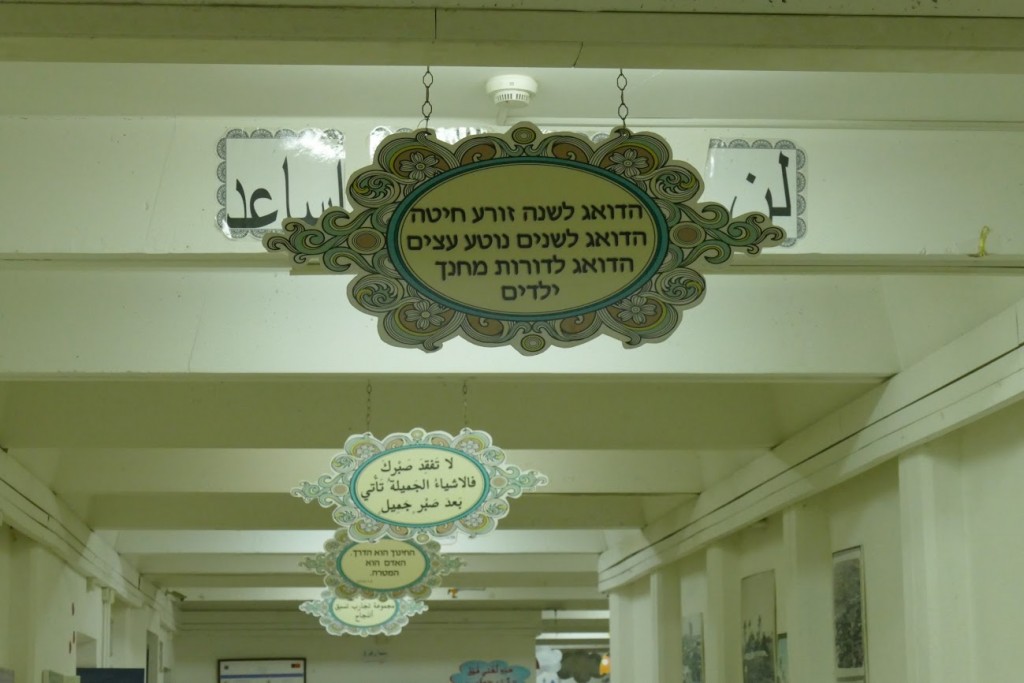 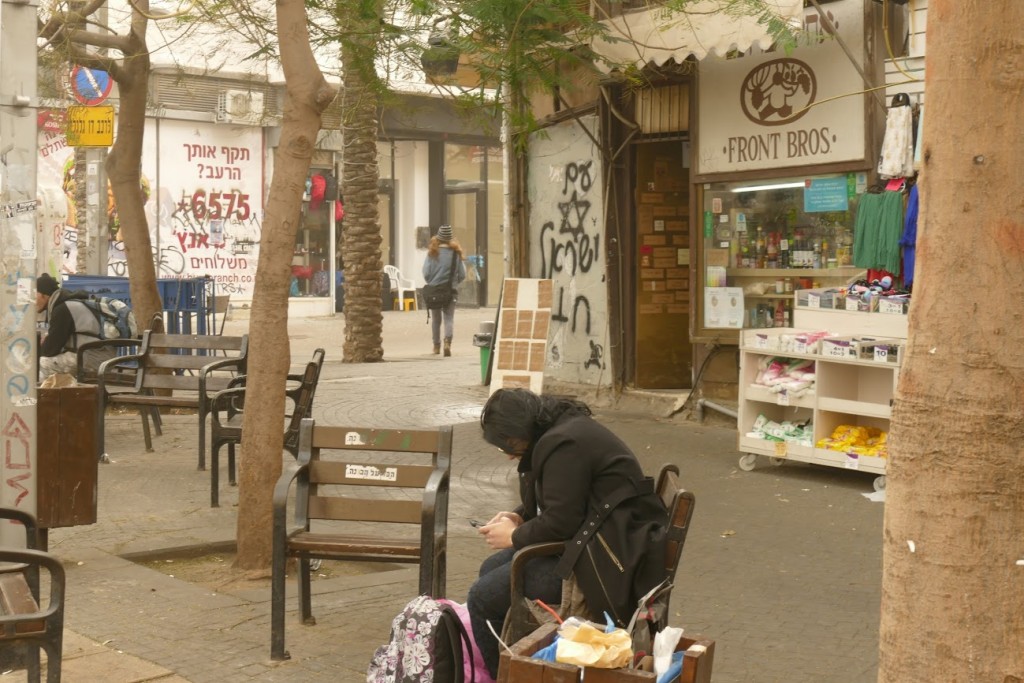 Just outside the Carmel Market in Tel Aviv, a defiant “The People of Israel lives!” And so they do. I arrived just a few days after the attack on Dizengoff St. One night, while eating at a restaurant close to the bar that was attacked, I asked the waitress how everyone had dealt with the new threat. “We were nervous for a short time, ” she said, “but people are coming back now.” And, sure enough, the restaurants and bars on Dizengoff and Rothschild were pulsating with humanity during my visit.