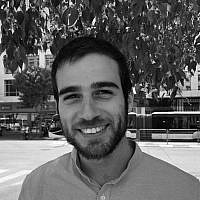 The Blogs
Ari Gertner
Apply for a Blog
Advertisement
Please note that the posts on The Blogs are contributed by third parties. The opinions, facts and any media content in them are presented solely by the authors, and neither The Times of Israel nor its partners assume any responsibility for them. Please contact us in case of abuse. In case of abuse,
Report this post. 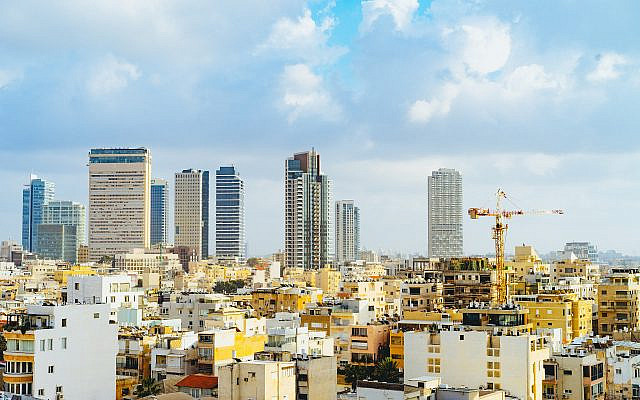 Photo by Dan Gold on Unsplash

Last week, the Times of Israel published Government must invest more in R&D to keep tech sector growing, warns new report, and I take issue with two central claims: First, that there is a lack of sufficient government spending on R&D, and second, that there is an acute shortage of talent. The numbers supplied by the ToI article, quoting the Israel Innovation Authority’s State of High-Tech 2022, contextualize these claims. The issue is that the numbers point in an optimistic direction, certainly not a “sobering” one.

How is one supposed to measure what is a sufficient government expenditure on R&D? How else? International comparisons. The article:

“The Israeli government’s share of investment in R&D is the lowest of all OECD countries, at 9.6% in 2019 (for which the latest data is available) well below the average of 23.8%, the IIA report noted.”

The government’s share of investment quoted here is the portion of the total R&D investment that comes from the government as opposed to the private sector. While the government and private sectors may invest in different kinds of projects, this number presented on its own tells us very little. In any case, the article goes on to tell us what we really want to know, relative expenditure. The verdict:

Apparently, the private sector is investing overtime in R&D. This is great news. Moreover, this provides a great opportunity for the Israeli government to direct its much-needed funds to other sectors; apparently, high-tech is flush with cash. It’s true that private investment can be fickle, and there’s always the possibility it will dry up, but that sounds like a bridge we can cross when we get there, hopefully never.

This brings us to:

The relevant information we need to determine whether there is, in fact, an acute shortage of workers, is the number of Israelis that work in high-tech now, the number that are expected to work in high-tech in the future, and a comparison to what those numbers ought to be. We are told that:

“Israel has about 13,000 open positions, as of a separate 2021 report by the IIA tracking “human capital”… Another area where there are challenges is the number of collaborations between academia and industry, of which only about 15% are with Israeli companies.”

It isn’t clear to me why Israeli universities partnering with a large number of foreign universities and companies is a challenge. Again, the more relevant information, how many Israelis work in high-tech, follows:

“The Israeli tech industry grew to about 362,000 workers, constituting 10.4 percent of all employees in Israel, according to the IIA report, and the rate of increase in the number of high-tech employees in 2021 was eight times higher than the rest of the economy” (emphasis added).

…In addition, computer science has become the most popular undergraduate degree at Israeli universities and the number of students taking this subject, in part or in full, grew to around 10.8% of all undergraduates.

Some 40% of male students and 13% of female students in undergraduate degree programs were studying subjects such as civil or mechanical engineering as of 2021, which are considered as working toward a career in the tech sector, the report said.”

The talent pool, in other words, is expected to continue growing. To the Times of Israel’s credit, they admit that the numbers presented above are “a few positive notes.”

I wonder why these statistics are framed so negatively. The Israel Innovation Authority’s chairman, Dr. Ami Appelbaum, warns us that:

“Israel can’t bury its head in the sand and expect that, without long-term investment in high-tech, the economy’s main export sector will continue to lead in the global arena.”

On the other hand, we might be concerned that government investment in high-tech will only increase the risk to the Israeli economy by furthering the:

“growing disparity between the tech sector and more traditional sectors.”

These concerns are seemingly contradictory. Upon further investigation, when the IIA report talks about a disparity between sectors, it is actually encouraging greater adoption of tech in traditional sectors, in line with the report’s greater message. The message that ToI readers are left with, however, is ‘bad news ahead.’ This is a problem, but it is not specific to this report or the Times of Israel.

Israel and Her Self-Image

In fact, there was an egregious example of this kind of messaging in Globes last week, The Price of Living in a Crowded Country. The Globes article grouched about a lack of infrastructure investment without bothering to mention the massive planned and ongoing infrastructure investments in trains, light rails, roads, ports, you name it. I have an unpopular opinion on that topic too: Israel’s modern-day planners are pretty good, and more importantly, things are going in the right direction.

The specific topic is less my concern than the impulsive and prevalent ‘it’s better elsewhere’ attitude. The Israeli bureaucracy is infamously horrible, but I’m pretty sure the U.S. Post Office is worse. Someone should look Israel up and down and tell her that she looks better than ever. Her best days lie ahead.

About the Author
Ari grew up in Baltimore, Maryland and has been living in Israel since 2018.He is currently pursuing a Master's in Economics at Hebrew University and works as a financial consultant in the transport sector. Previously, Ari worked as a transport planner for an Israeli firm on local and international projects.
Related Topics
Related Posts
Comments