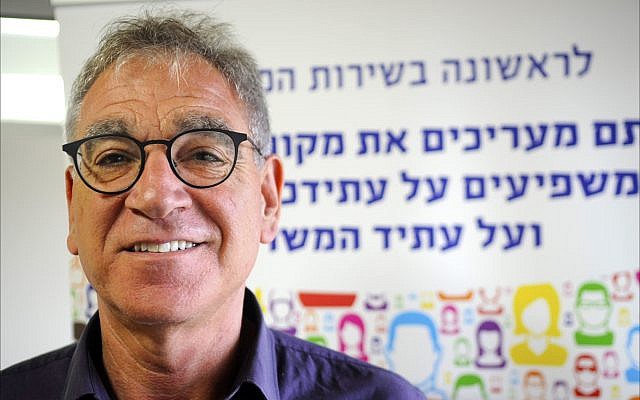 HOLON — Pediatric gastroenterologist Arye Levine isn’t shy about calling himself a pioneer, at least when it comes to the origins of Crohn’s disease and how to cure it.

He’s convinced that kids in the developed world are getting sick not because of the genes they were born with — but because of all the animal fats, emulsifiers and food additives they’re putting in their stomachs.

Levine, a native of Rochester, N.Y., heads the Pediatric IBD Center at Holon’s Wolfson Hospital. A member of the D-ECCO Working Group of the European Crohn’s and Colitis Organisation, he’s seen an alarming rise in the incidence of Crohn’s  — and not just among Ashkenazi Jews, whose well-documented genetic predisposition to Crohn’s has made it a particularly common disease in Israel.

Until five years ago, Crohn’s disease was perceived by the medical world as an autoimmune disorder, in which the immune system attacks the intestines. All the drugs developed by pharmaceutical companies are against the immune system,” said Levine, interviewed at his clinic at Wolfson, where he’s worked since 1999.

“But in 2007, I came up with a different concept. I thought this may be a defect in the immune system’s ability to prevent bacteria from sticking to the lining of the intestines, which then generates an appropriate counter-attack by the immune system.”

Levine said Crohn’s disease now afflicts 0.5 percent of the population of the Western world, including 1.2 million cases in the United States and 2.3 million in Europe. 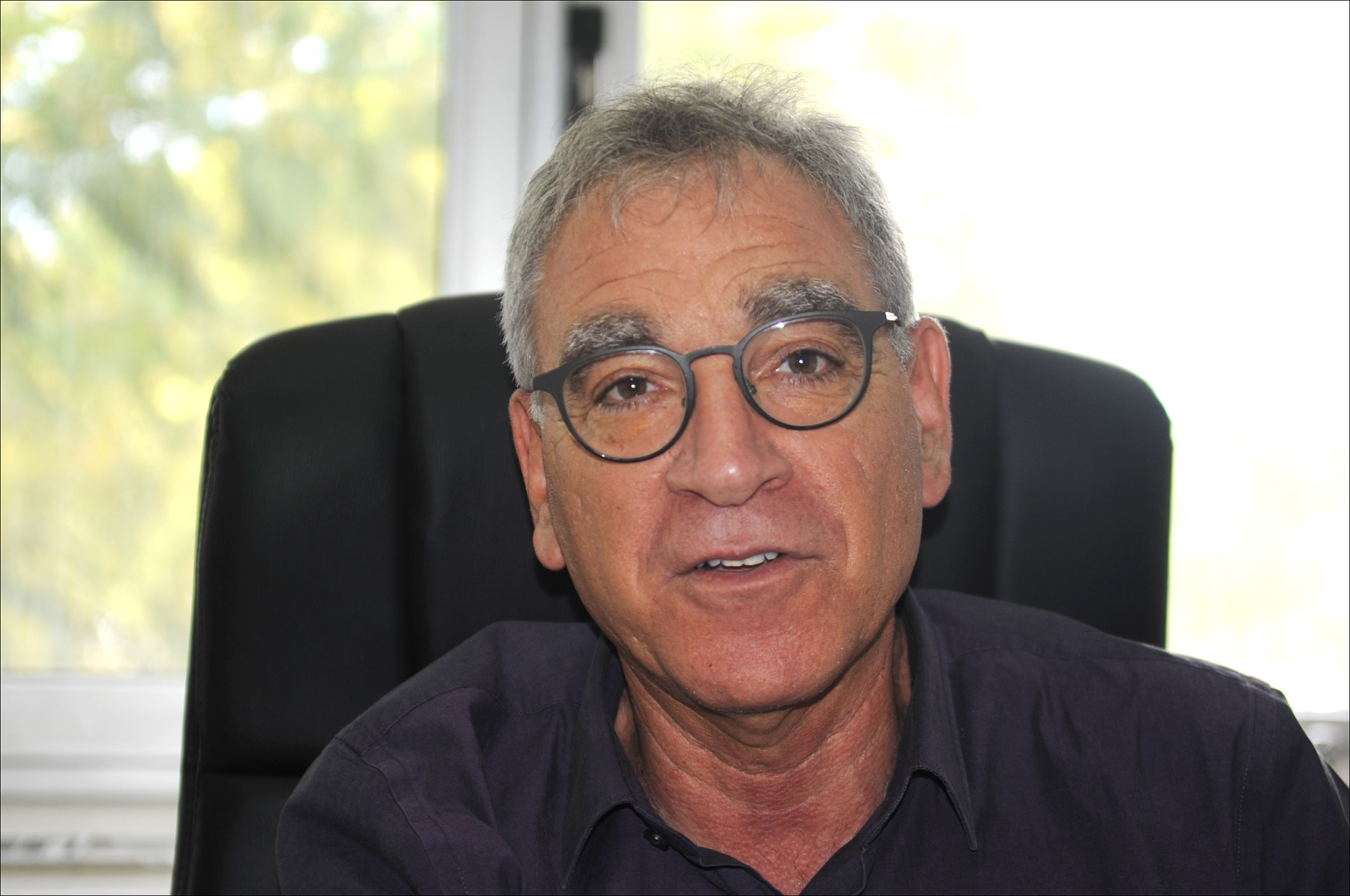 “A disease which was once rare and becomes so prevalent has to be environmental; it cannot be explained by genes,” said Levine. “Once seen primarily among Ashkenazi Jews, it’s now in India and China. Within a decade after the Berlin Wall fell, they had an epidemic of Crohn’s in the former East Germany, Poland, Hungary and other Eastern European countries.”

“Imagine if you had people developing chronic lung disease before they knew smoking was causing the disease. Would they have been given drugs, or told to stop smoking? This is the same thing,” he said. “In the Western world, we’re being exposed to too many things like emulsifiers and artificial sweeteners. If don’t stop eating those things, you can take as many drugs as you like, but your disease will likely progress.”

It is this worldwide epidemic of Crohn’s, as Levine calls it, that led him to suspect that poor nutrition — not genetics — had something to do with its spread. The problem, he said, isn’t that the immune system is overreacting, but that the body isn’t properly clearing bacteria from the gastrointestinal tract. 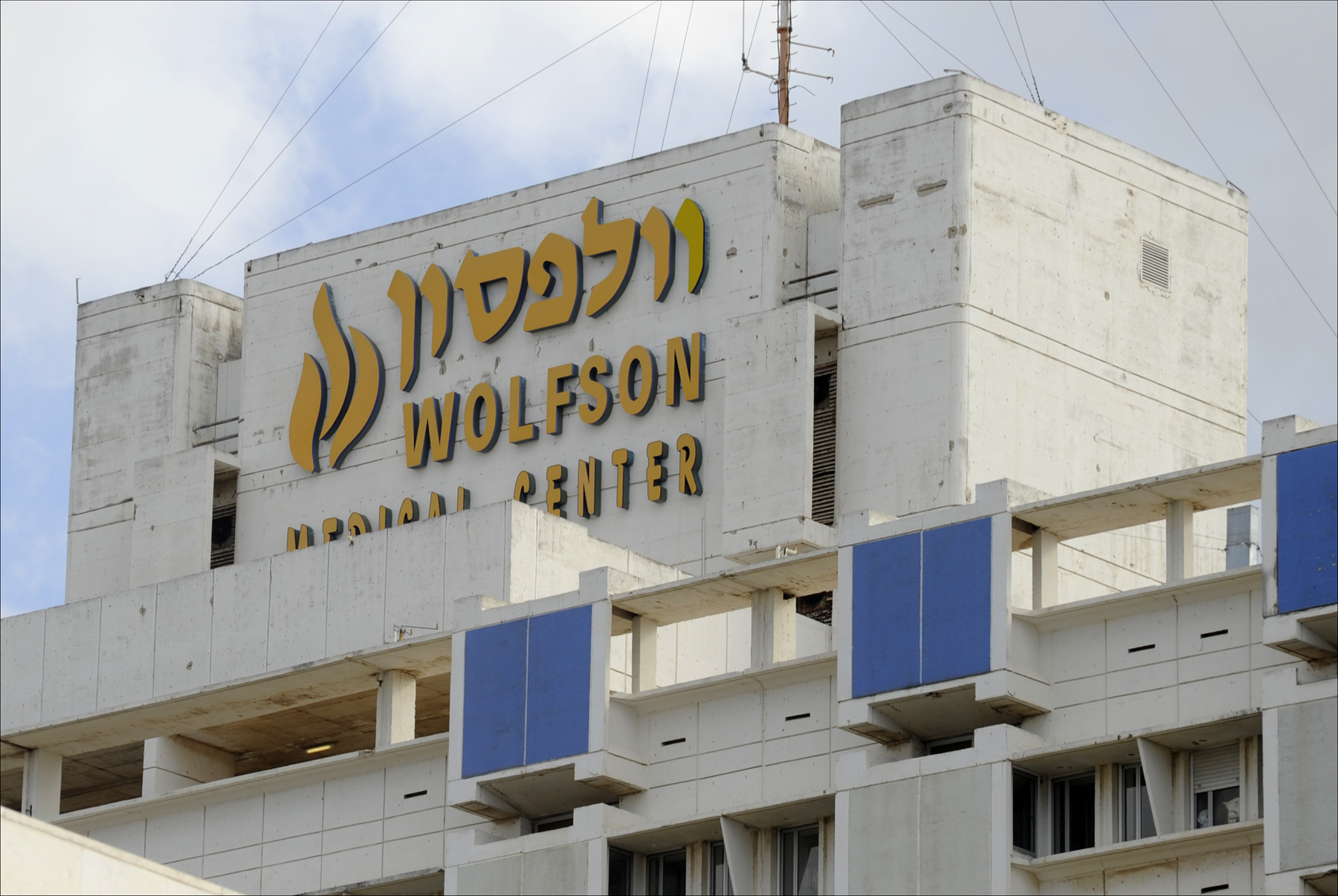 The more damage is done to the intestine, Levine theorized, the more Crohn’s can penetrate. What began shifting the medical community’s opinion on this, he said, were studies suggesting that genetic susceptibility cannot account for more than 15 to 25 percent of Crohn’s patients.

“We suspected not only a change of microbiome or gut bacteria, but also a change in the ability of the intestines to fend off those bacteria. So we started looking for what could be driving these changes, and that was very attractive to me as a hypothesis,” he said.

The European Crohn’s and Colitis Organisation now recommends an exclusively liquid formula for pediatric Crohn’s as a first-line treatment before any drug. In 2010, Levine developed his own Crohn’s Disease Exclusion Diet based on whole foods.

The professor’s “eureka” moment came one day when a woman brought in her son, who had recently developed Crohn’s.

“I wanted to put the kid on a liquid treatment but didn’t want to give steroids because at the time it wasn’t covered by insurance. But the mother and son were very much opposed to the liquid diet,” he said. “The kid got better in three weeks with just regular food — no drugs and no formula. That to me said everything: it’s the diet, dummy!”

A second Crohn’s patient, a 21-year-old woman, had been put on an immune suppressive agent but was not doing well, said Levine. 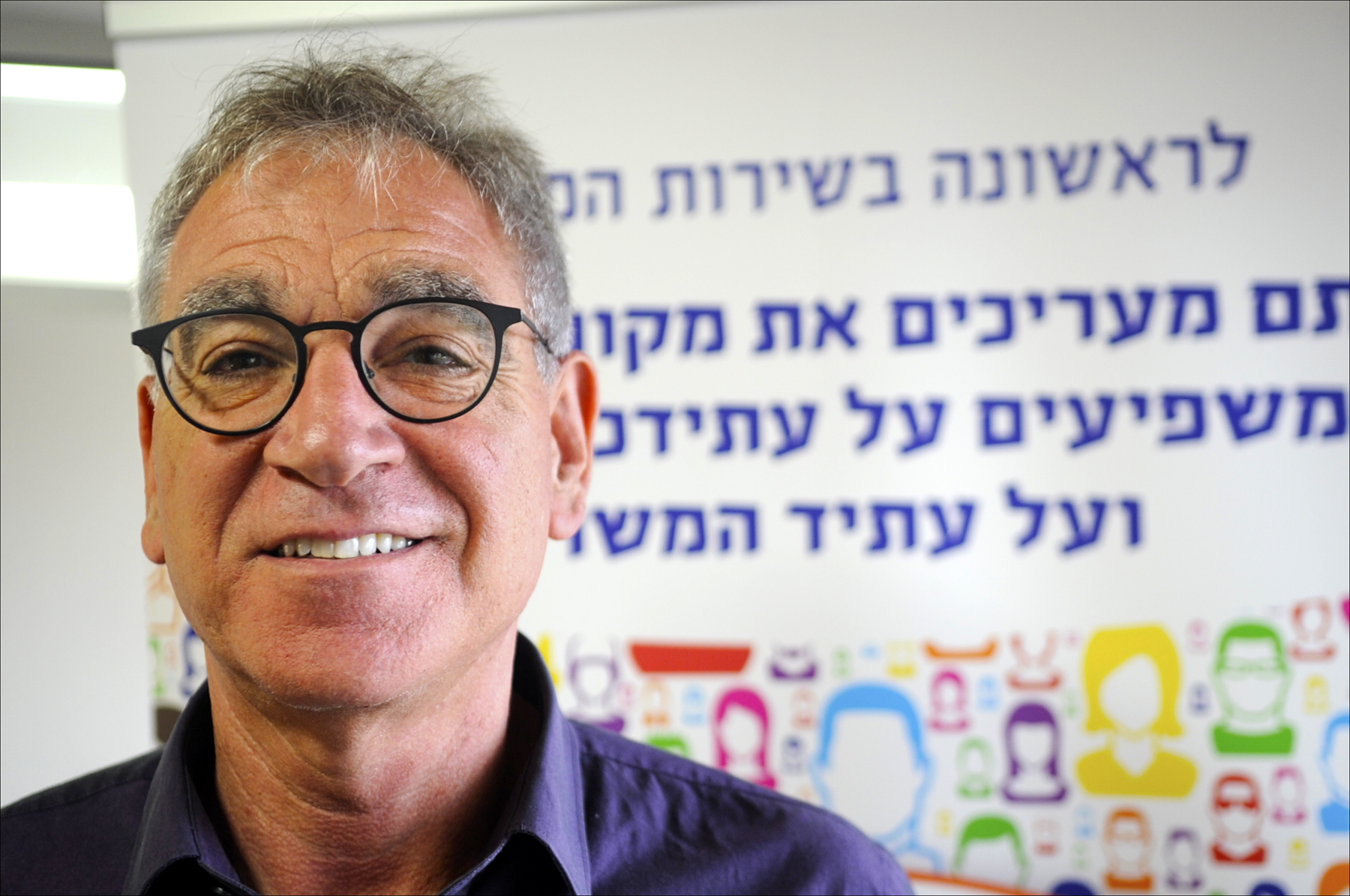 “She came to me for a second opinion. I told her that I believed diet was driving the disease. She went into complete remission without any drugs,” he recalled. “It blew my mind away. I’m removing the stimulus that’s triggering the immune system, and it’s triggering it through the bacteria. If you remove the agent, the intestines can heal by themselves.”

As simple as that sounds, Levine said “nobody believed my concept. I started with a hypothesis that went against everything in the medical community.”

Nevertheless, in 2011 processed foods giant Nestlé — which makes a liquid product for Crohn’s — invited Levine to Switzerland to meet with its scientists. The company then awarded him a grant that allowed Levine to start his research program.

To date, Levine has received $1.5 million in funding toward seven IBD dietary studies — five in Crohn’s disease and two in ulcerative colitis. Levine’s four employees assist him with clinical trials, which range anywhere from $150,000 to $600,000 each.

It hasn’t been easy, to say the least.

“I’m working off of grants, since there was no industry developing this field of research, and we have to do all the regulatory stuff ourselves,” he said. “It’s very challenging to do clinical trials in multiple countries as an investigator.”

The first of Levine’s five Crohn’s studies, “Partial Enteral Nutrition With a Unique Diet vs. Exclusive Enteral Nutrition for the Treatment of Pediatric Crohn’s Disease,” (NCT01728870) is a randomized control trial taking place in Israel and Canada involving 72 patients comparing his Crohn’s Disease Exclusion Diet to a liquid-formula diet currently recommended by ECCO. 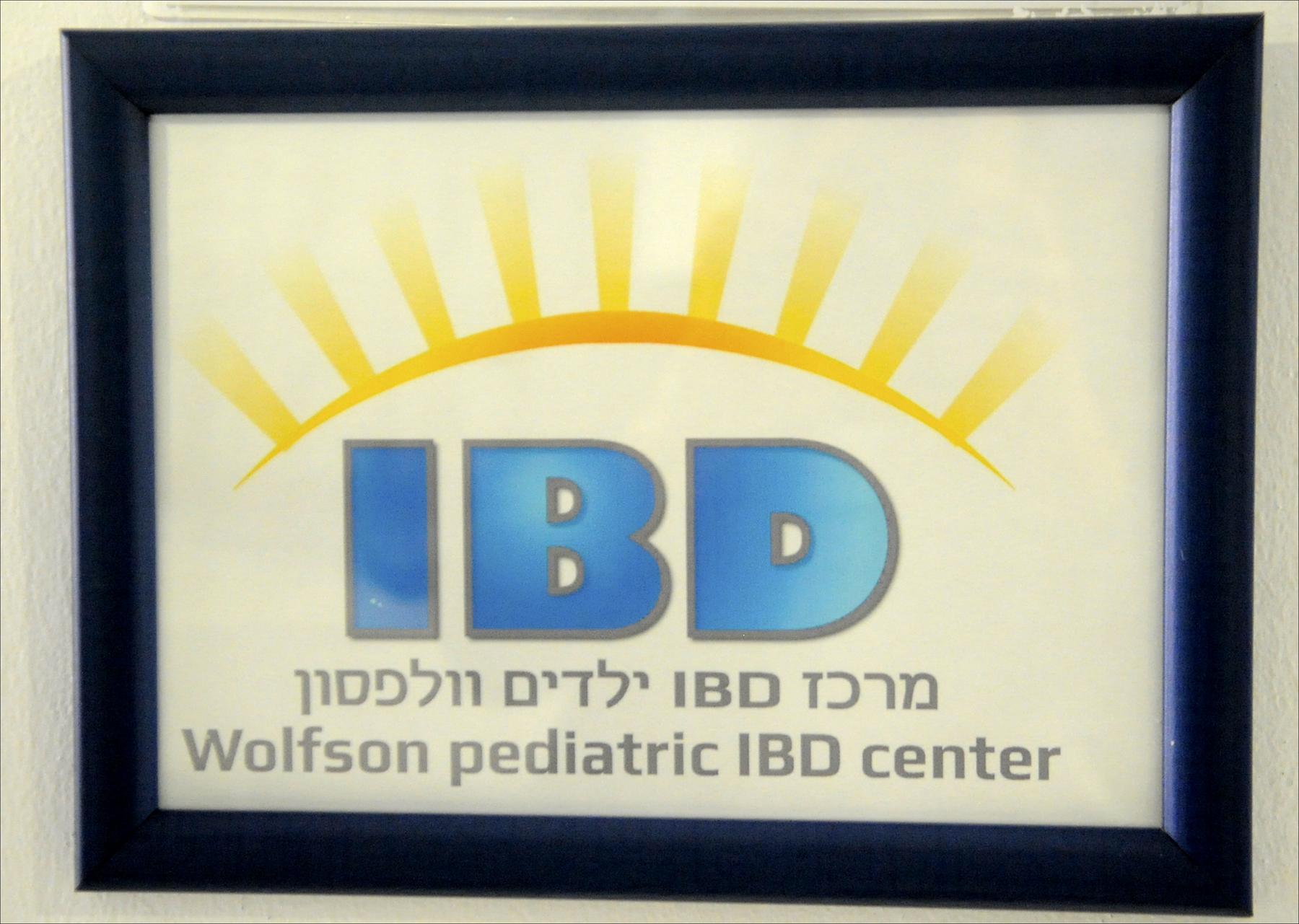 “It’s both a translational and a clinical trial. We’re going head-to-head against the best therapy,” he said, adding that results should be available by the end of this year.

The second study in pediatric Crohn’s, “Diet for Induction and Maintenance of Remission and Re-biosis in Crohn’s Disease,”(NCT02843100) launched Jan. 1 in Canada, Spain, Ireland and Israel. Levine plans to enroll 50 patients in this trial.

The third trial, “Pilot Study of Partial Enteral Nutrition With a Unique Diet for the Treatment of Adult Patients With Crohn’s Disease,” (NCT02231814) is a proof-of-concept trial involving 40 adults; Levine has already begun enrolling patients in Israel.

Levine declined to reveal what’s exactly in the Crohn’s Disease Exclusion Diet — though he did say “it’s not an anti-inflammatory diet, or a diet that affects the immune system. All we’re doing is removing offending agents that will change the composition of bacteria in the intestine or weaken the intestinal barrier.”

“The increasing number of children affected by inflammatory bowel disease around the world points to environmental factors playing an important role,” Van Limbergen said in an email from Halifax, Nova Scotia. “Diet has been shown to be one of the key factors. Professor Levine’s studies of dietary changes to alter the gut microbiome and help control inflammation are likely going to offer new treatment options for IBD patients in the near future.”