Something has been bothering me since the terror attacks in Paris last month.

At first, it struck me as strange to see the world, and many in Israel, react so loudly and passionately to the attacks: the State of Israel lowered its flags to half-mast; a large solidarity rally was held in Tel Aviv; and a good number of Israelis changed their Facebook profiles to include the French flag.

Don’t get me wrong. I feel immense sadness over the loss of all innocent lives, and feel the pain of all those who fall in terror attacks. But while we were crying over the loss of life in Paris, I wondered where the international outcry had been for the loss of life in Israel. Was it simply a matter of numbers? Has humanity become so numb to the loss of just one life to terrorism, that we are only moved when the number is in the hundreds? This bothered me, but as we were still in mourning over the tragedy in Paris, followed by the massacre in California, I set those thoughts aside.

Then last week, I tuned in on the computer to watch the Hanukkah candle-lighting ceremony at the White House, filled with delight that President Reuven Rivlin — a passionate Zionist and lover of Israel and Jerusalem — was invited to light the candles alongside the president of the United States.  A moment of great pride for our state and for all supporters of Israel.

But that pride soon dissipated because of a glaring omission. Had it just been a candle-lighting ceremony, as I had expected, I would not have felt let down. But I was crushed when I heard, “justice for the Palestinians” and “black lives matter,” and no mention of the 23 Israeli lives that have been lost since the current wave of terrorism began in September.

This was an opportunity to remind the world that Israel is not simply seeking “security for Israelis,” a vague terminology used at that event. We are looking for Palestinian terrorists to stop trying to slaughter us in our streets! That this was not mentioned made me realize that terrorism in Israel — the near-daily attacks we experience — and the 1,292 people who have been killed here by acts of terror since 2000 — is accepted as the norm throughout the world. Simply no one takes notice anymore when one or two people are killed.

Then I began to wonder: do I truly internalize the horror of one loss of life in a terror attack? In the aftermath of the murder of Ezra Schwartz, of blessed memory, I learned about Ezra and the depth of his loss to his family, friends, and the world. Yes, we mourn as a country and we have special days when we think even more about the victims and their families. But do we take the time to recognize who we lost? Even if the rest of the world fails to mourn our loss together with us, do we internalize the losses, or on some level have we become accustomed to the ongoing loss of life?

With that in mind, the Department of Zionist Operations of the World Zionist Organization has launched a Facebook page called “Israeli Lives Matter.” This page provides a picture and information about the 23 precious lives that have been lost in Israel during this current wave of terror. The page will expand to feature every one of the 1,292 innocent Israelis who have been killed by terrorists since September 2000, uploaded on the anniversary of the date when each was killed.

While I hope that people around the world will become familiar with the page and recognize the amount of bloodshed that our tiny country has experienced, the primary purpose of the page is for ourselves.

Please join the new Facebook page by clicking here and then clicking on the “like” button and please share it with your friends.  At the very least, let’s remind ourselves that Israeli Lives Matter. 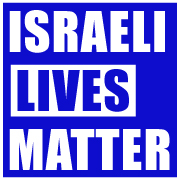