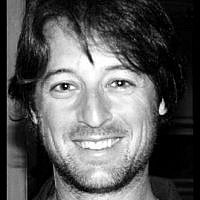 The Blogs
Herschel Gutman
Apply for a Blog
Advertisement
Please note that the posts on The Blogs are contributed by third parties. The opinions, facts and any media content in them are presented solely by the authors, and neither The Times of Israel nor its partners assume any responsibility for them. Please contact us in case of abuse. In case of abuse,
Report this post.

In the next few weeks, the 3rd season of the highly successful, highly exciting and enormously fun Night Action Cricket league is set to start.

The league, which started back in 2010 to cater for all the time constrained cricket lovers out there who struggled to commit to a full or even half day out in the sun on a Friday or Saturday, but still wanted to be involved with playing cricket.

The game itself consists of 8 players per team and the entire match lasts no more than 80 minutes. The rules are very simple whereby every player bowls two overs and each batting pair bats for four overs, regardless of whether you are out or not. (If you are out, it is merely a penalty of minus 5 runs, but you continue to bat until your four overs are complete)

Bonus Runs are scored when you hit the side walls and the ball is always in play, so players are always kept on their guard as batters tend to steal sneaky runs.

It makes for a perfect evening of fun where you get to meet players from all over Israel, share some stories and play some cricket. 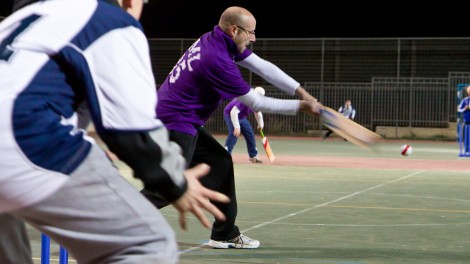 The league is played by beginners to seasoned cricketers. A hallmark of the league is its commitment to include the young players in Israel, giving them further opportunities to play the game with the long term goal of representing the full Israel National Cricket team in the Maccabiah or an official ICC (International Cricket Council) tournament.

Over the past two seasons, there have been a total of 19 teams entering the league, most of the teams arranged sponsorship in the form of playing shirts so while the play was occasionally far from a professional standard, at least the uniforms were.

There are many towns who have entered teams and are looking for players, Ra’anana, Tel Aviv, Modi’in, Bet Shemesh, Jerusalem, Ashdod, Ashqelon and Rishon Le Zion, to name but a few, and if you are interested in joining one of the teams or finding out more about the league – you can contact israelnightcricket@gmail.com or phone 052-740 9287.

The league is run with the assistance of the Modi’in municipality, and the venue is a double floodlit outdoor basketball court, in Modi’in.