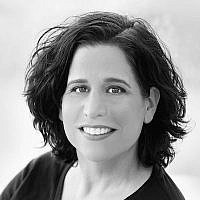 The Blogs
Maya Natan
Apply for a Blog
Please note that the posts on The Blogs are contributed by third parties. The opinions, facts and any media content in them are presented solely by the authors, and neither The Times of Israel nor its partners assume any responsibility for them. Please contact us in case of abuse. In case of abuse,
Report this post.

For decades, the donor-advised fund, known by the acronym DAF, has become an increasingly popular and powerful force way for Americans to donate money. This philanthropic tool has played a critical role in sustaining American Jewish life, and most Federations or associated Jewish communal foundations sponsor a DAF program.

Now, for the first time ever, this giving vehicle is available to Israelis and to foundations making grants in Israel — and I expect it bring more money, and more donors, into Israel’s vital nonprofit sector. In Hebrew, the word “daf” means page, so as Jewish Funders Network and our partners introduce DAFs to Israel, I like to think that we are helping the country turn the page and open a new chapter in philanthropy.

DAFs enable individuals to set aside money for charitable purposes, get an immediate tax deduction, and then use the funds to make donations at any time in the future. In addition to offering tax benefits, DAFs make it much easier to keep track of and manage your giving, allow you to donate anonymously, and are much easier than starting or operating private foundations. American donor-advised funds allocated $23.42 billion to charitable causes in 2019, and early reports suggest they have been even more generous in 2020, in response to the coronavirus pandemic.

Through Keshet — a new nonprofit public benefit corporation JFN established together with our friends at the Institute for Law and Philanthropy at Tel Aviv University, and Committed to Give — Israelis can now access the tax benefits and expert services long enjoyed by the hundreds of thousands of Americans with donor-advised funds. Overseas foundations that allocate money in Israel are also eligible to open donor-advised accounts through Keshet, saving them the expense and hassle of operating an office in Israel. Some the largest Jewish foundations in the United States — including Baltimore’s Harry and Jeanette Weinberg Foundation and the Russell Berrie Foundation in New Jersey — have already opened such accounts

The Keshet model represents the best of the American DAF model, while avoiding one pitfall: the fact that some American DAFs wait for years on end before donating money to charitable organizations.

We commend the many, many American DAFs, including many of those under Jewish communal auspices, that give generously each year and play a critical role in supporting both Jewish and secular nonprofits. The problem is that, because US tax law imposes no minimum allocations requirements on DAFs (unlike foundations, which must give away five percent of their corpus annually), there is nothing to compel — or even incentivize — less motivated fund-holders to give away the money they have reserved for this purpose.

Israeli DAFs differ from American ones in two key ways:

I am confident that Keshet-DAF will be a game-changer for Israel’s still young philanthropic sector. On average, Israelis give only half as much of their disposable income as Americans do. Soon after we started JFN-Israel in 2008, we realized that the two biggest factors discouraging giving in Israel were inadequate tax incentives and the lack of a donor-advised fund infrastructure. Keshet-DAF eliminates both of these obstacles and will greatly complement JFN-Israel’s work to both foster communications among funders and encourage funders to be more strategic.

I’m so thrilled that Israeli donors can now enjoy the same conveniences afforded by American donors, and are pleased that Keshet has been designed in such a way to encourage more Israelis to invest more money in the social sector.

You can learn more about Keshet-DAF on its website and by watching this video of a recent information session.

This article was co-authored by Andrés Spokoiny, president and CEO of Jewish Funders Network.

About the Author
Maya Natan is Executive Director of JFN Israel and CEO of Keshet.
Related Topics
Related Posts
Comments