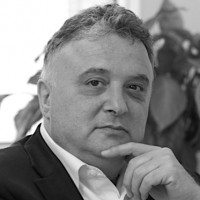 The fierce debate in Israel on critical domestic issues could dramatically weaken our diplomatic ability to deal with the external threat of Iran in a coherent and coordinated manner. Questions regarding the appropriate balance between the Knesset and Supreme Court, the relations between secular and religious Jews, the delicate situation in Jerusalem, the status of the West Bank territories, are divisive and controversial and run counter to the imperative to relate directly to the rapidly evolving Iranian threat. This does not imply that Iran is more important than these issues, but rather that Israel’s internal politics can override a key strategic interest.

One basic strategic paradigm has characterized Israel’s approach to Iran for almost thirty years: The government of Israel would always remain solely responsible for the defense of Israel’s national security and in parallel would make every effort to deter Iran from developing a nuclear weapons capability, primarily through diplomacy. A vigorous proactive diplomacy was also designed to ensure that military action, if necessary, would remain an option of last resort. Accordingly, Israel’s efforts were generally directed at strengthening the resolve of America, Germany, Great Britain, France, and even Russia to counter the Iranian threat to Israel, the region, and beyond by all available and possible diplomatic means. While this delayed and complicated Iran’s efforts to an extent, Iran has never been closer to becoming a nuclear weapon’s threshold state than it is now.

The ill-timed withdrawal from the JCPOA by Donald Trump in 2018 undermined the coordination between America and its key European allies and essentially negated the existing limited JCPOA provisions. Iran abandoned restraint, not only ramping up to higher levels of enrichment but also operating significantly more advanced centrifuges than before. The path to weaponization of an operational nuclear device would still require time but at this point, there is no effective curb on Iran. Adequate IAEA supervision and monitoring are no longer in place and weaponization efforts can be easier to conceal.

In recent months, several factors have converged to offer a possible basis for renewed thinking on this threat. Iran has remained intransigent and blocked every effort to return to the JCPOA nuclear accord as it continues to enrich uranium to the level of 60% with virtually no restraint. A potential move to weapons-grade enriched uranium would be measured in a matter of weeks. Even if Iran returned to the JCPOA it would not be “longer and stronger,” but rather shorter and weaker with limited effect.

With or without the JCPOA, Iran has continued to transfer missiles, rockets, and UAVs to its proxies in the region and lately Russia. Additionally, in the last months, Iran has viciously suppressed the ‘Hijab’ protests on its streets and recently executed several demonstrators. These combined factors have precipitated a firmer European response resulting in EU sanctions against Iran for its brutal human rights abuses and the supply to Russia of Iranian suicide drones that killed Ukrainian civilians. The Iranian threat has now entered the European space, becoming harder to ignore.

This heightened focus on Iran’s exploits could offer a significant opportunity for enhanced diplomatic cooperation between the US, the European allies and Israel. It is for this reason that Israel should consider carefully ill-timed moves that could have the potential to isolate Israel and make it the the target of controversy especially at this precarious time

There can be no doubt that the first meeting between Benjamin Netanyahu and President Biden in the near future will have to address the Iran issue not only by recognizing the mutual interests of both countries in this respect but also by establishing a high degree of intimacy and trust between the leaders to counter this threat. This will not be the time to circumvent the Administration and make speeches in Congress. Trust and intimacy will indeed involve sharing intelligence regarding the ongoing Iranian activities in several areas and possible responses, but will also have to take into account other interests vital to US national security.

The Biden Administration’s policy of keeping a two-state solution with the Palestinians on the table has been clearly stated, despite the fact that the chances of it happening are low. It has also been stated that nothing should be done to undermine the possibility of an agreement. This would presumably include extending Israeli sovereignty in the West Bank, expanding settlements and altering the “status quo” in Jerusalem. Such acts would not only impact Israel-US relations but will likely harm our relations with Jordan and torpedo any possibility of broadening the Abraham Accords to include Saudi Arabia. This is a critical point where Israeli internal politics can decisively override Israeli strategic interests not only in stopping Iran but also in expanding the process of normalization in the region.

Ultimately such acts could erode the essential trust required to seize this opportunity to devise and formulate an operative and more coercive diplomacy to prevent and deter Iran from consolidating its nuclear threshold status, brutally oppressing its own people and continuing further supply of weapons to proxies and Russia.

Nothing is guaranteed in diplomacy but some things are certain: Iran’s nuclear threat is becoming more severe and irreversible along with its aggressive regional posture. The sense of threat that Iran projects has also become much sharper in Europe, particularly in Germany, and a focused American strategy that could effectively constrain Iran, would be a welcome alternative to the tense relations with the Trump Administration and the US withdrawal from the JCPOA in 2018. It would also send a strong signal to Russia.

It would be in Israel’s supreme strategic interest to establish and maintain the highest level of trust and intimacy with the United States as an essential foundation of a renewed operative, coherent and coordinated diplomatic approach to prevent and roll-back Iranian nuclear and other malign activities. This is the critical challenge and perhaps the crucial opportunity.