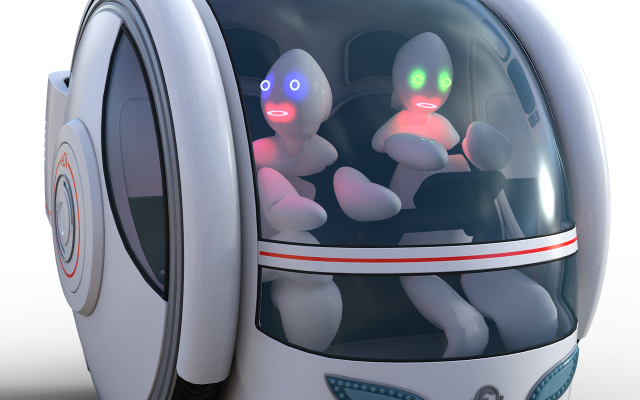 Israel’s innovation sector is a strong magnet for many of the world’s largest companies. This is especially evident in the autonomous vehicle industry, where Israeli startups are playing a major role in developing new technologies.

For instance, Intel acquired Mobileye in 2017, a Jerusalem-based manufacturer of automotive chips and car sensor systems, for a whopping $15 billion.

Another company is Innoviz, making LiDAR sensors to support the development and deployment of autonomous driving, which has raised $65 million in Series B funding from strategic partners and leading auto industry suppliers Delphi Automotive and Magna International along with other investors.

An official at Israel’s Transportation Ministry has also revealed that there are 640 startups in the country that are already working in the autonomous segment, with the aims for zero road accidents and reduced emissions and congestion.

With more than 6,000 active startups and an economy dominated by industrial high-tech and entrepreneurship, Israel certainly earned its nickname as the “Startup Nation,” making it the world leader for startups per capita.

Consistent with being a mission-driven startup nation, Israel intends the continuous implementation of renewable energy to its energy sector and reduction of fuel consumption through new automotive technology innovation.

This shift towards renewable energies not just in Israel but also globally and the adaptation of self-driving cars have brought challenges to some major oil industries.

In fact, the multinational oil and gas company Royal Dutch Shell has expressed its struggle concerning oil and gas losing its importance as an energy source in the long term. This also resulted in their stock price moving southward by more than 50 percent.

Additionally provided an estimated 530 million electric vehicles in 2040 and electrified buses and cars that will displace a combined 7.3 million barrels per day of transportation fuel in 2040.

This paints a clear picture of the autonomous vehicle industry’s potential to disrupt many traditional industries in the years to come.

Despite the challenges that oil industries are facing, the advent of the autonomous vehicle industry is forecasted to bring about numerous benefits, including:

Reduction in Traffic Accidents and Fatalities

According to the Road Safety Authority of Israel, there were 299 fatalities recorded due to traffic incidents in 2021. This is an 18 percent increase from 253 for the same period in 2020. Autonomous vehicles have the potential to drastically reduce the number of traffic accidents and save lives.

Increased Mobility for Seniors and People with Disabilities

Autonomous vehicles can provide increased mobility for seniors and people with disabilities who may not be able to operate a regular car.

Autonomous vehicles are expected to be more fuel-efficient than traditional vehicles and have a potential role in climate solutions. They will also likely use electric power, which produces zero emissions.

Autonomous vehicles can optimize traffic flow and reduce congestion. They can prevent bad behavior such as blocking crosswalks or intersections.

These benefits are only some of the reasons why autonomous vehicles are important. The industry is still in its early stages, and there is more to come. Israel is well-positioned to be a world leader in this field. It will be exciting to see where the industry goes from here.

The country spends 4.95% of its gross domestic product (GDP) on research and development. The majority goes towards computer systems, cybersecurity, AI, and medical research.

The ACES (autonomous, connected, electrified, and shared) revolution in the automotive and mobility industries is being fueled by two of Israel’s most prominent technological developments: cybersecurity and artificial intelligence.

The automotive electronic and software market is projected to grow significantly in the coming years.

By 2030, 57% of this sector will be made up of software development and sensors with electronic control units (ECUs), fields that rely heavily on algorithms–and require cybersecurity capabilities for their safety.

Rethinking Regulation in the Future

With Israel’s strong research and development capabilities and to ensure that the benefits of autonomous vehicles are fulfilled, it is important to create a comprehensive regulatory framework specific to this industry.

This regulatory framework must account for the various types of autonomous vehicles and their anticipated uses, as well as the different players in the market.

The government and private industry need to work together to create a clear and concise set of regulations that will allow for the safe and rapid deployment of autonomous vehicles.

Moving forward, it is critical that Israel takes the lead in this industry and implements the right policies and regulations to ensure its success.