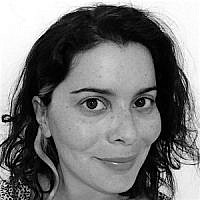 The Blogs
Nathalie Cohen-Sheffer
Apply for a Blog
Please note that the posts on The Blogs are contributed by third parties. The opinions, facts and any media content in them are presented solely by the authors, and neither The Times of Israel nor its partners assume any responsibility for them. Please contact us in case of abuse. In case of abuse,
Report this post.

Israel may be known worldwide as a startup nation, but that is not the only thing other than bamba and krembo that it can take credit for. In fact, you probably never even thought about it, but some of your favorite TV series and reality shows may have been created by Israeli script writers and producers. In fact, most of them were first made for Israeli television and only later purchased by international networks that transformed them into a version that became more popular than the original producers could have ever imagined. Here’s the list of the top Israeli TV shows that inspired international spin-offs. Now it’s your chance to choose the better version. 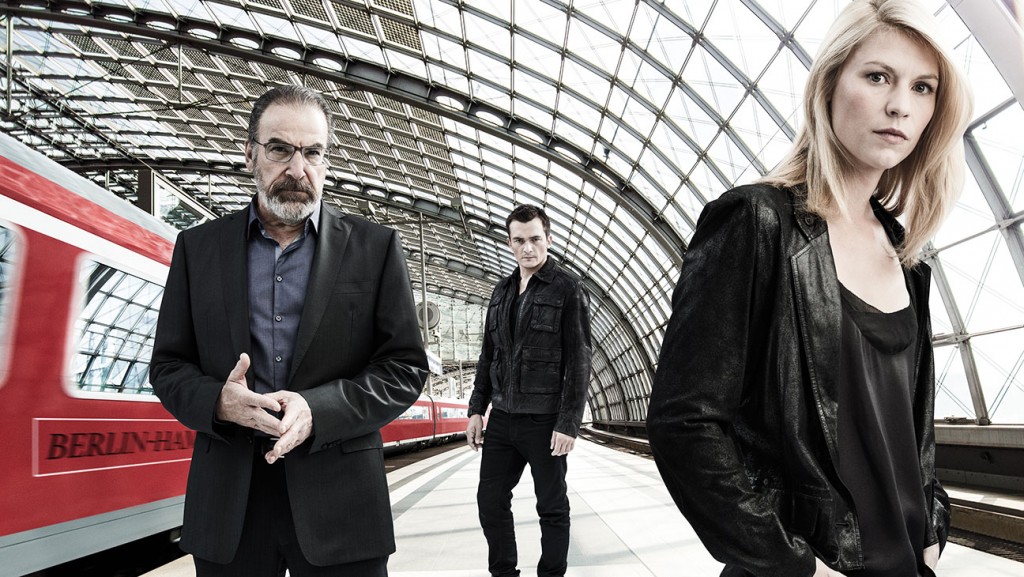 Currently in its sixth season, the critically-acclaimed hit show Homeland, is probably among one of the most successful TV shows worldwide. However, the series wasn’t originally intended for American and international television. While the version we all know starring Claire Danes as Carrie Mathison was developed for American television by Howard Gordon and Alex Gansa, the series is actually based on the Israeli Hatufim or Prisoners of War, which was created by Gideon Raff. Homeland focuses on Danes’ character, a bipolar CIA operative, and since 2011 has been a regular at award season, winning several awards, including the Primetime Emmy Awards for Outstanding Drama Series, the Golden Globe Award for Best Television Series– Drama, as well as the Primetime Emmy Award for Outstanding Lead Actor in a Drama Series and Lead Actress in a Drama Series for Damian Lewis and Claire Danes, respectively. The show has even been renewed for a seventh and eighth season so we’ll get to see a lot more of Carrie’s cry-faces on TV in the years to come. 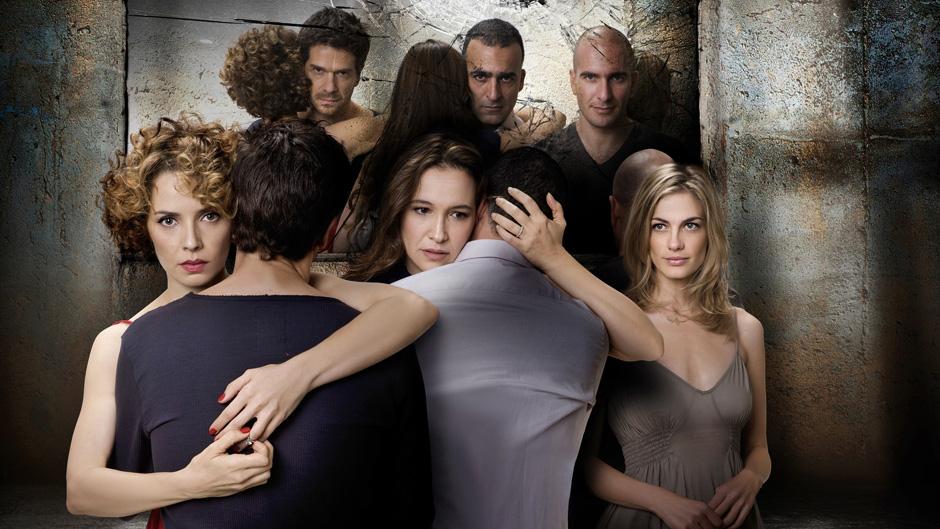 If HBO decides to buy your series, you simply know it’s good. In Treatment starring Rodrigo Garcia debuted in 2008 in the US, but was not only inspired by the Israeli series BeTipul but was actually formatted and scripted the same way. In fact, the program’s opening theme was based on the Israeli opening theme for the original version of the series, and often the American version used exact translations from the Israeli series’ script. In Treatment tells the story of a middle-aged therapist (Bryne) who confronts some difficult truths regarding his own life while conducting therapy sessions with his patients. In Treatment ran for three seasons and won the Emmy, Golden Globe and Writers Guild award. The series was actually so successful that it was adapted in Serbia, the Netherlands, Slovenia, Argentina, Italy, Brazil, Portugal, Canada, Russia, Japan and Croatia. 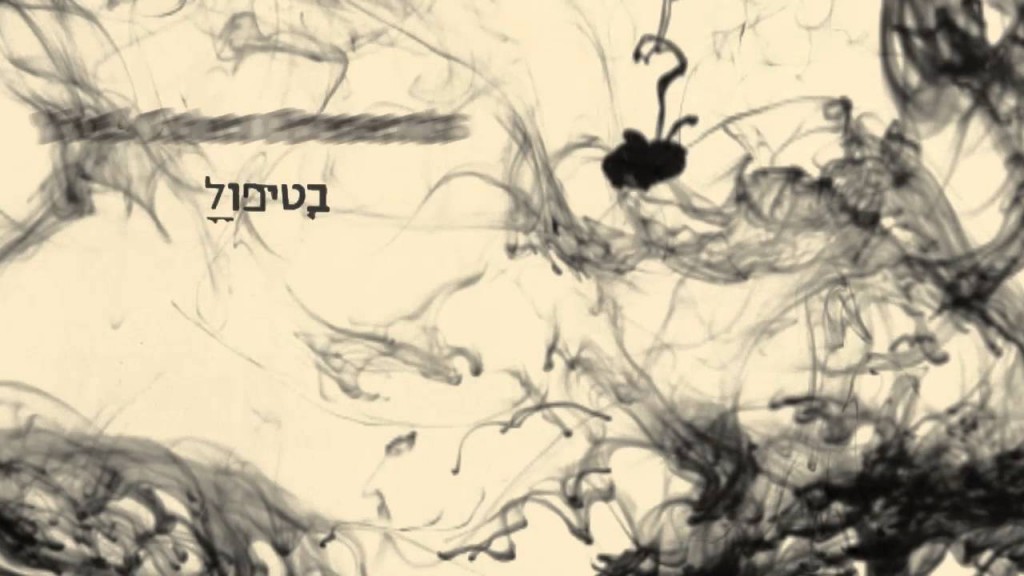 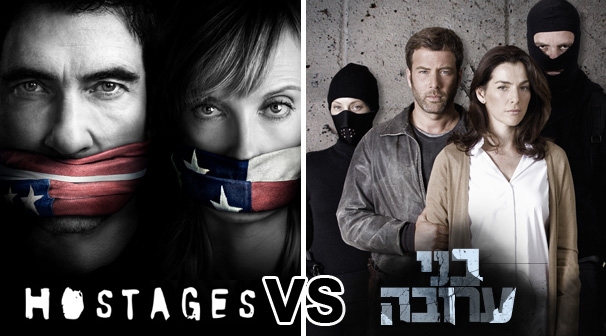 You many not have had the opportunity to watch Hostages, the short-lived version of the Israeli Bnei Aruba series, but if you like political thrillers you definitely should. The series tells the story of a top surgeon, portrayed by Toni Collette in the American version and by Ayelet Zurer in the Israeli version. After being blackmailed in a plot to kill the president her family is taken hostage by a miscreant federal agent. Isn’t that a great pitch?

Breaking away from the drama-thriller genre, Israeli network Keshet managed to sell its series format for the singing reality competition Rising Star. Originally named HaKochav Haba (The Next Star), the show allows viewers to vote for their favorite contestants via their mobile apps. Singers Josh Groban, Kesha, Ludacris and Brad Paisley served as the American panel of judges, and even though the show was short-lived in the States, it was adapted in Canada, Germany, China, and Brazil. 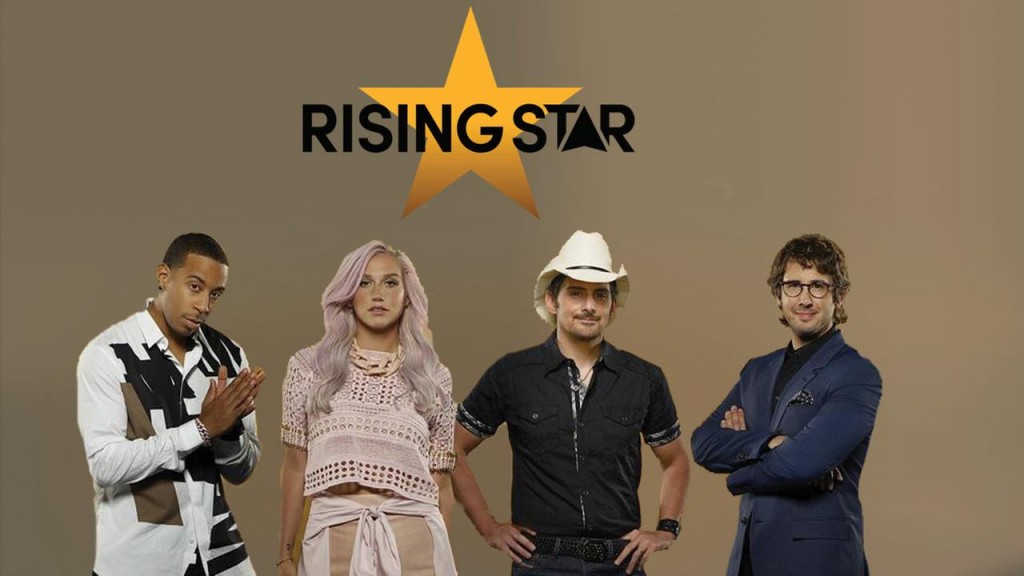 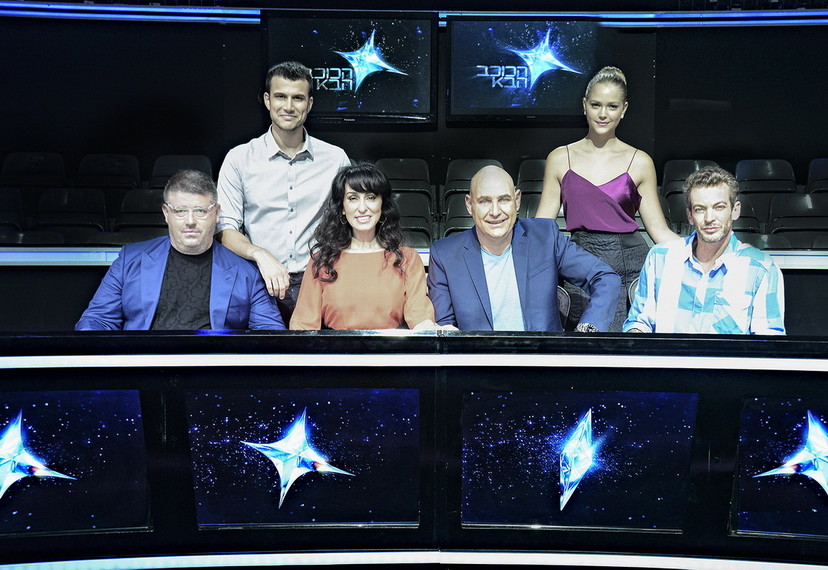 What’s yet to come: 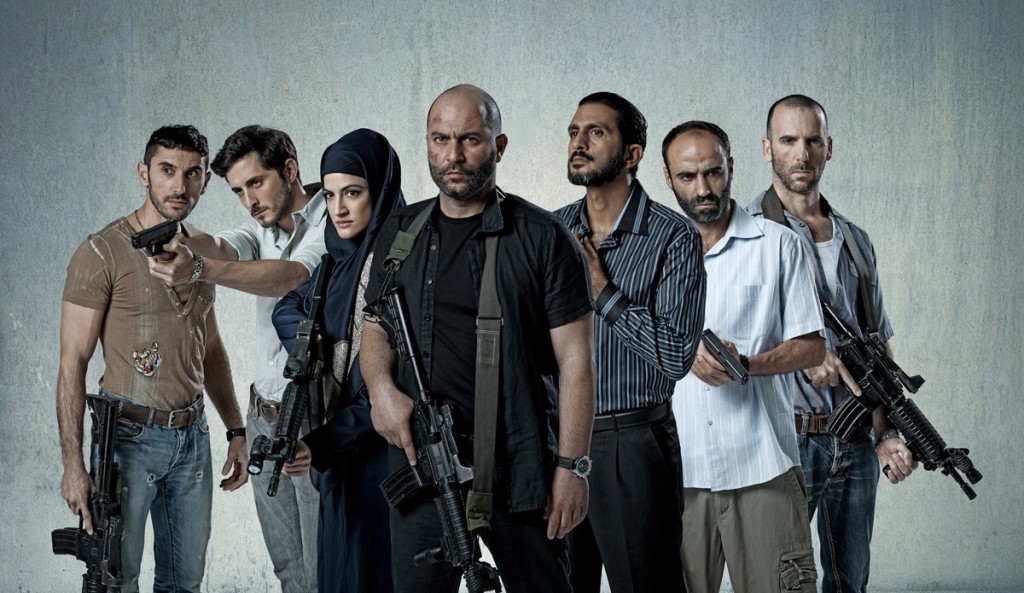 Unlike the other TV shows I mentioned, Fauda (Arabic for ‘Chaos’) didn’t inspire an American version but was so successful that it was purchased in its original language by Netflix so if you’re still brushing up on your Hebrew or Arabic, it’s definitely the show for you. The series about Shin Bet agents in the West Bank was written by TOI’s Avi Issacharoff and the series’ lead actor, Lior Raz. It tells the story of Doron (Raz), an Israeli agent, who comes out of retirement to go after a Palestinian militant he thought he’d killed. If you’d like to watch it on Netflix, you can here. And if you need any convincing, just check out this recommendation from the king of thrillers and horror stories, Stephen King. If he says it’s cool, who are we to disagree, right? 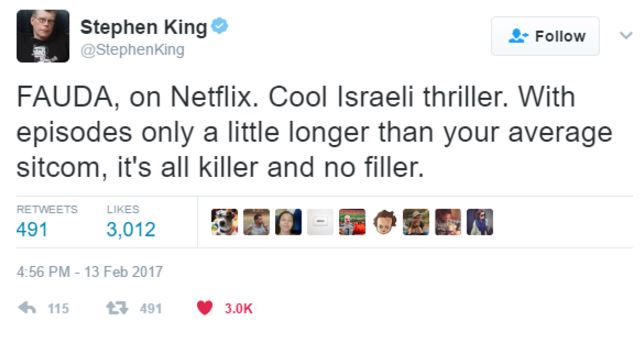 If you’re looking for free streaming sites where you can watch these TV shows, just check out Watch Online. I, for one, sure wouldn’t mind curling up in front of the TV and checking out one of the aforementioned television series that helped put Israel on the map, this time in a cultural rather than political way.

About the Author
Since receiving her second degree in scriptwriting from TAU back in 2012, Nathalie Cohen-Sheffer has been busy writing full-time and as a freelancer in both English and Hebrew. When she’s not busy writing you can find her practicing her yoga positions, as well as singing professionally and dubbing. Feel free to get in touch to learn more on Twitter: https://twitter.com/natgowild.
Related Topics
Related Posts
Comments