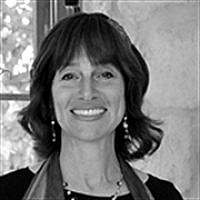 The Blogs
Nicole Nathan
Apply for a Blog
Advertisement
Please note that the posts on The Blogs are contributed by third parties. The opinions, facts and any media content in them are presented solely by the authors, and neither The Times of Israel nor its partners assume any responsibility for them. Please contact us in case of abuse. In case of abuse,
Report this post.

Better Place has filed for bankruptcy. As one of the few hundred Israelis who purchased a Better Place electric car, I am not frustrated or angry; I knew there was risk involved in making this purchase. To be honest, I am disappointed in Israelis for not embracing the vision of Better Place.

From the moment I took the electric car for a test drive, I believed in the concept. Here was a viable opportunity for Israel to be free of its dangerous dependence on gas. Given that this expensive, diminishing resource sits in the hands of our most hostile neighbors, this alone should have been an incredible incentive for Israelis to support this company.

And here was an opportunity for our fledgling country to be a world leader in repairing the environment. The electric car has no exhaust pipe, no engine and no noxious carbon monoxide emissions.

Israel was presented with the ability to move the world forward and we brushed it off, complaining that the cars were too expensive and there was risk involved in new technology. No one wanted to be the guinea pig and so people decided it was better to wait and see.

Indeed, there is logic to this reasoning, but this type of mindset will never improve the world. It is shortsighted and sheepish. It is also surprising. We are a new nation of self-starters, entrepreneurs and immigrants, and many of us gave up a lot to be living in Israel. So where is our zeal? We must believe and take risks if we are ever to move forward.

Where were the wealthy corporations who could have placed fleets of electric cars on the road? And why was the Israeli Electric Corporation not first on board? After all, supplying electricity for the cars would make them partners, no? After dragging their feet for over a year, The IEC announced a few weeks ago they were considering buying several cars for their company.

And where was the Israeli government? They should have proudly endorsed this brilliant innovation in Israel and abroad. They could have taken the opportunity to make us feel proud to be a part of this. The government could have offered tax incentives to purchasers and helped subsidized the cost.

Instead, the electric car seems to have been met with silence, doubt and apathy. We have let a great opportunity slide by, choosing passivity over purpose. As Rabbi J.B. Soloveitchik beautifully wrote in his book Fate and Destiny, “Instead of a passive unchangeable existence into which the nation is thrust, the existence of destiny manifests itself as an active experience full of purpose, movement, ascension, yearning and fulfillment.”

Tikkun olam is part of our destiny. We must not forget that our role in this world is to make it a better place.

About the Author
Nicole Nathan is a writer and editor who lives in Ra’anana, Israel. She moved to Israel from Toronto in 2005 and currently works in new media. She is the author of the recently published novel Let My RV Go! Read about the spiritual highs, aliyah challenges and humor in the day-to-day life of an olah on her blog
Comments