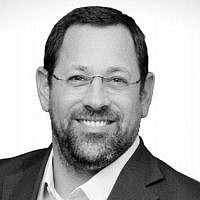 The Blogs
Yair Schindel
Apply for a Blog
Advertisement
Please note that the posts on The Blogs are contributed by third parties. The opinions, facts and any media content in them are presented solely by the authors, and neither The Times of Israel nor its partners assume any responsibility for them. Please contact us in case of abuse. In case of abuse,
Report this post. 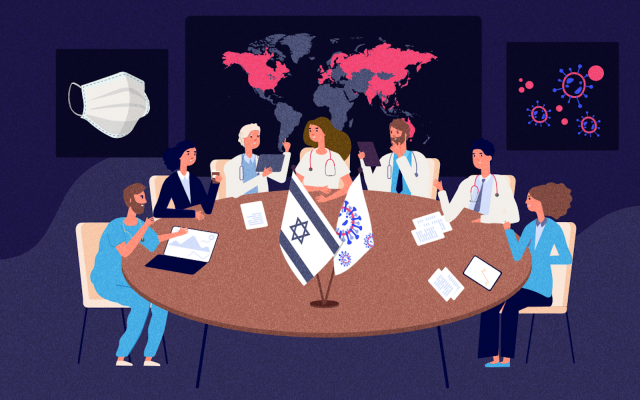 What started as a local viral outbreak in central China has spread in just a matter of weeks into a worldwide phenomenon, and we are likely nowhere near the peak of the coronavirus crisis, doctors believe.

Countries around the world are taking steps to protect their populations – and their economies, and Israel has responded perhaps more aggressively than other countries. Already in mid-February, Israel closed off its borders to residents of China and South Korea, and as the virus spread to Europe, Israeli medical officials added countries like Italy, Germany, and Spain to the list. Not only that; Israeli citizens who have visited these countries are required to self-quarantine for two weeks upon their return. Failure to follow the rules could result in criminal prosecution, Health Ministry officials said.

Like almost everything else in Israel, the strict policy regarding quarantine has become a matter of spirited debate. Is requiring tens of thousands of otherwise healthy people who returned from abroad – or, for that matter, came into contact with foreign tourists who were later found to have contracted the disease – into quarantine. But is it really necessary? After all, among young, healthy people the morbidity rate for coronavirus is extremely low, about 0.2%.

Aggressive as Israel’s policy may be, it is without question the right policy – and it will end up saving a lot of lives, as well as a lot of money. The apparent overreaction – especially in forcing quarantine on relatively large groups – is a shining example of how to do health policy right.

The greatest danger to the population – and the economies – of countries affected by coronavirus right now is not the Corona mortality rate, but the transmission rate. Until a vaccine is developed, the only treatment for Coronavirus is helping patients weather the disease, which involves, in the more difficult cases, hooking them up to a ventilator and isolating them in a hospital quarantine zone. Imagine if half the population of the country was exposed, 10% became infected and 10% of those became acutely ill; could any healthcare infrastructure provide the tens of thousands of hospital beds – and ventilators – to treat these patients?

Thus the wisdom of the Israeli policy. Keeping potential carriers of Coronavirus under quarantine won’t prevent the complete spread of the disease in Israel, but it will slow it down, allowing the healthcare system to cope with the few dozen cases that might appear each week, instead of a massive influx of thousands or tens of thousands of patients at once. The former allows hospitals to properly treat coronavirus patients; the latter could potentially overwhelm the Israeli healthcare system.

Instead, Israel’s integrated healthcare system has responded marvelously to the coronavirus challenge, with the Ministry of Health, HMO’s and hospitals working hand-in-hand to process and test suspected carriers, catching carriers as soon as possible. Credit for the country’s success goes to the senior civil servants at the Ministry of Health, as well as the CEO’s of Israeli HMO’s and of the major hospitals. Sheba Hospital, located in a suburb of Tel Aviv, has been at the forefront of treatment, using innovative techniques like telemedicine and big data to diagnose and treat patients, providing an example to other Israeli hospitals on how to use these technologies in a crisis setting. I should also point out that Israel’s system is built in such a way that the interests of the patients and healthcare providers are 100% aligned. We have seen the entire system come together to mobilize against the spread of this virus, including the tremendous response of Israeli citizens and their adherence to the guidelines provided by our policymakers.

To date, the policy and guidelines that have been introduced by Israel’s Ministry of Health have been proportionate, responsible and accurate. Despite the severe criticism he received, the Director General of the Ministry of Health acted wisely, proactively and with an eye towards limiting future impact. Additionally, the leaders of Israel’s medical systems, in particular the policy-makers and leadership teams at our country’s HMOs and hospitals, have shown true leadership that merits deep praise. The Ministry of Health’s guidelines have been implemented in all relevant systems – hospitals, HMOs, public facilities and the various systems of ensuring compliance amongst the general population, with information shared amongst each organization quickly and efficiently, and the contingency plans that were prepared more than a decade ago now being fully implemented. We should take much pride in the fact that, when compared to most other nations in the world, our country has responded more appropriately and more accurately to this crisis.

That Israel is doing the right thing is already clear, based on the situation in other countries. Italy, for example, is so far the hardest-hit country in Europe, and among the strictures imposed by healthcare officials has now been the closure of all schools and universities, until further notice. And while a small percentage of the working population in Israel is currently in quarantine, the situation in Italy is much more dire; there, parents of small children who are stuck at home have no choice but to stay at home, unless they can make other arrangements – thus affecting a far larger percentage of the population and the economy.

In Israel, we tend to complain about the efficiency and effectiveness of our public systems, particularly about our healthcare system, but at times of crisis like these, we should take a moment to truly appreciate and take pride in the incredible and endless work being done by the leadership of our healthcare system to protect, diagnose and provide the best treatment possible.

Our tradition tells us that there is a path that seems easy but in the long run is a hard one, and a path that seems hard at first can turn out to have been the right one. It’s clear that Israel’s response to the Coronavirus is following that latter path – and when the history of the coronavirus crisis is written, it will be clear to everyone that it was the right one.

About the Author
Dr. Yair Schindel, M.D. is the Managing Partner and co-founder of aMoon, a global HealthTech VC fund based in Israel. Previously, Dr. Schindel served as the founding CEO of the State of Israel’s National Digital Bureau, responsible for digitizing governmental services and stimulating economic growth. He is the founder of the MAOZ Network, an NGO building collaboration between Israel’s most influential leaders, with over 300 alumni dedicated to building collaboration between the private, social and public sectors. Dr. Schindel was an executive, investor, board or advisory board member in several healthcare startups including OmniGuide, Zebra Medical Vision, and Medisafe. Dr. Schindel earned his BSc and MD degrees at Ben-Gurion University and his MBA at Harvard Business School. He served in the IDF for five years and graduated as Chief Medical Officer for the Israeli Navy Seals, known as “Shayetet 13”.
Related Topics
Related Posts
Comments