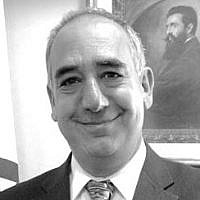 The Blogs
Arthur Lenk
Apply for a Blog
Please note that the posts on The Blogs are contributed by third parties. The opinions, facts and any media content in them are presented solely by the authors, and neither The Times of Israel nor its partners assume any responsibility for them. Please contact us in case of abuse. In case of abuse,
Report this post.

Israel has always been a project of partnership between those of us who live in Israel and the Jewish diaspora. We have never been simply a nation of our citizens or a collection of people that were born within our borders. My personal connection to Israel began as a young American Jew marching down Manhattan’s Fifth Avenue with the Moriah Day School in the 1977 Salute to Israel Parade and the understanding that I was connected to something bigger than any of us. The wondrous, improbable run of Team Israel in the World Baseball Classic fits in perfectly with that tradition.

The players on Team Israel, each in their own way, have a connection to Israel. The connection is their Jewish heritage. For them, for their fans, it is a reminder that it can and should be seen as cool to be associated with Israel. What a wonderful reminder for people around the world, from Korea and Japan to some young Jewish boy or girl in San Diego, Toronto or Haifa that we are all part of #TeamIsrael as part of our lives. The success of the baseball team is an outstanding reminder that excellence, teamwork, family and humor are parts of who we are – together. 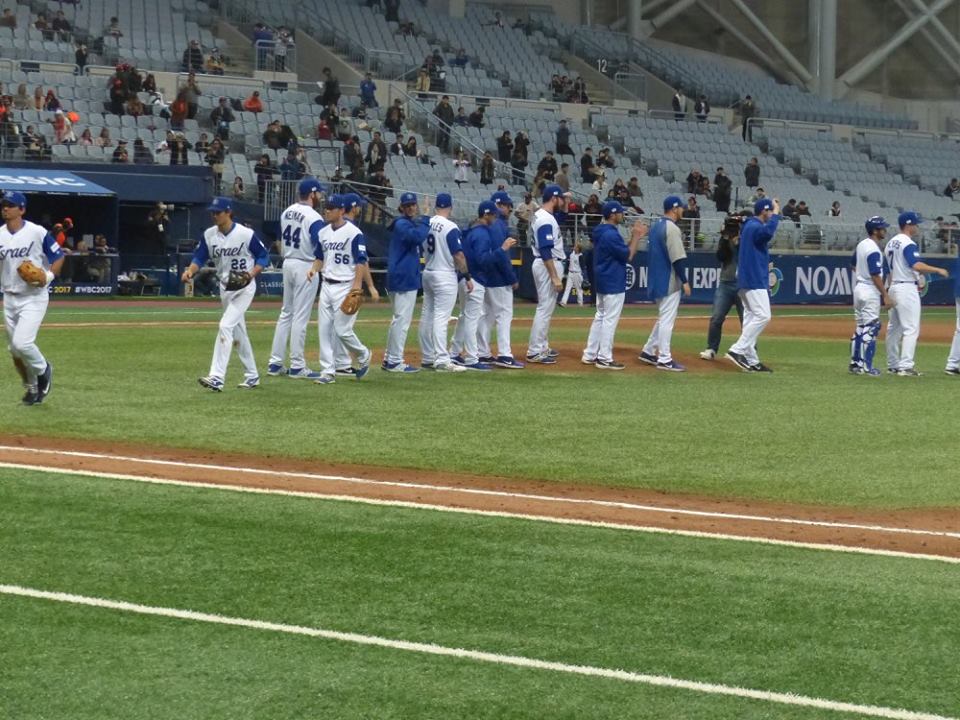 As people who follow the WBC tournament know well, the idea of celebrating “heritage” is a key aspect for nearly every team. The unique rules of this tournament allow for players eligible for citizenship to join a country’s team. Manny Machado, born in Miami, is playing for the Dominican Republic. Seth Lugo, from Louisiana, pitched last night for Puerto Rico. California-born Freddy Freeman is honoring his late mother by playing for Canada. The same is true for players on teams from China, Mexico and Italy.

Israel has never been, or seen itself as simply a state of those who had Israeli citizenship. Many moments and projects in Israel’s history have been about a shared destiny between Israel and the diaspora. During the 1948 War of Independence, Mahal volunteers from around the world made up two thirds of Israel’s air force. Israel’s first Prime Minister David Ben-Gurion said “the Mahal Forces were the Diaspora’s most important contribution to the survival of the State of Israel.” In July 1976, Israel Defense Forces were sent all the way to Entebbe, Uganda to rescue Jews and Israelis alike who were held as hostages. Sending airplanes to welcome brothers and sisters home to Israel from Ethiopia, absorbing millions of immigrants (we never saw them as refugees, although they were) from the former Soviet Union and across the Middle East is a central reason that 2017 Israel is such a diverse, multilingual and creative place.

The players on Israel’s World Baseball Classic team have come to learn about how playing for Israel is not another uniform on a baseball journey but a part of themselves that they have come to discover. Nate Freiman spoke at a post-game interview on the topic of anti-Semitism. The team has made the playing of Israel’s national anthem a special moment by wearing kippot. Even the weird, absurd, endearing idea of having a “mensch on the bench” is a learning opportunity about Jewish values.  Josh Zeid spoke for a group of players who visited Israel in January saying “It was a life-changing experience to finally, after years of wanting to, being able to go and see everything that I had read about, studied as a kid and prayed about and to.” 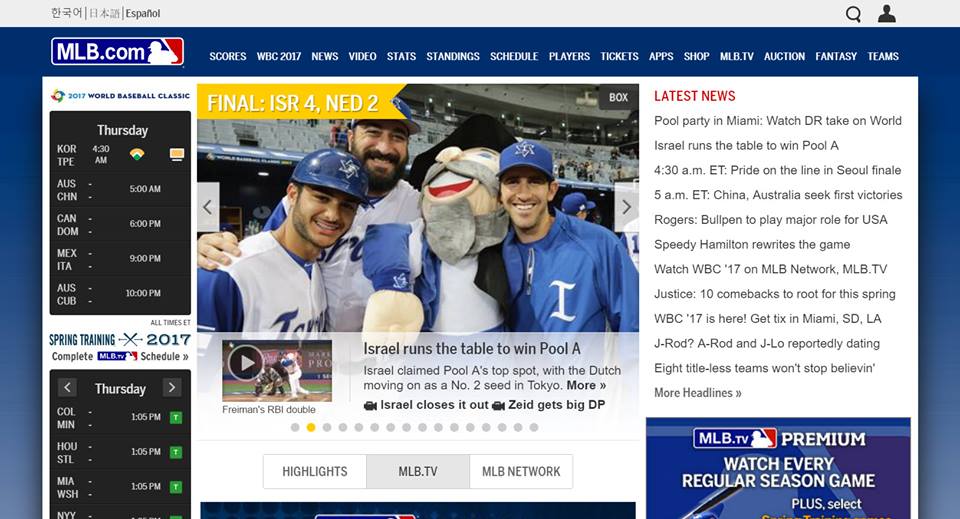 Screenshot of homepage of mlb.com after Israel defeated Netherlands, 9 March 2017

An important aspect of my job as Israel’s Ambassador to South Africa is reminding all sides that as Jews, “we are one”. Israel and the vibrant, Zionist Jewish community are deeply connected, and one of the most meaningful days of my time here was the day during the 2014 Gaza conflict that 12,000 South African Jews and Christians gathered in Johannesburg to stand with Israelis under Hamas rocket fire. We are on the same team, whether it is young Israeli volunteers working with disadvantaged children in Durban or the immigrants to Israel from South Africa that helped to build Israel’s rugby league (Joel Stransky, whose father was Jewish, and who scored all of South Africa’s points as it won the 1995 Rugby World Cup, would have looked great in blue and white).

Israel and Jews have always known that we are part of something bigger. As we come together to pray in a minyan, we are taught from a young age about our place within community. Our secret sauce is coming together for outsized achievement. Israel is a tiny, thriving country in a dangerous, complicated region that has gone from limping out of the Shoah to being Start-up Nation. Jews are less than two tenths of one percent of the citizens of the world. But we have changed the world through drip irrigation, computer processors and Nobel Prizes. Israel and the Jewish people show how to persevere and thrive despite pogrums and expulsions, scud missiles and suicide bombers.

For some reason, realization that we can be outsized at sports, too, is newsworthy. 69 years of the Israel Defense Forces ended talk fretting that Jews can be heroic warriors. Of course, the sport heroes list is actually endless. Some of my favorites include Mark Spitz and Dara Torres. Omri Casspi and Maria Gorochovskaya. And of course Hank Greenberg and Sandy Koufax. After Seoul, I’m ready to begin an argument for Ryan Lavarnway and Scotty Burcham.

It is only baseball. But it is more. Our “little” baseball team has won its first three games against much more renowned teams from Korea, Chinese Taipei and the Netherlands, with no superstars, no current all-stars and after a number of top Jewish players passed on joining the team. And this week will again face more daunting challenges – Cuba, Japan and Netherlands again. This team really is the story of Israel, of the Jewish people.

Tomorrow, Team Israel plays against Cuba, another country will much more famous baseball tradition. Notably, Israel has had no diplomatic relations with Cuba since just before the 1973 Yom Kippur war. It will cause many of us to think about the small Jewish community that remains in Cuba (can we look there for players for the 2021 WBC?). Maybe it will show Cubans who watch the game that we have lots in common. Maybe, just maybe, it could serve as a part of renewing a dialogue between our two countries and people. How would that be for a big baseball win?

As Israel and Cuba play in Japan tomorrow, Jews around the world will celebrate the joyous holiday of Purim, the victory of a diaspora girl who stood up for her heritage and community. Her bravery taught us about taking a risk to represent our people, standing up to challenges and winning against all odds far from home. And as the Book of Esther emphasizes: “The Jews had light and joy, and gladness and honor.” (Esther 8: 16)

About the Author
Arthur Lenk is Ambassador of Israel to South Africa, Lesotho and Swaziland. He is a career diplomat who has previously served in India, the United States and as Israel’s Ambassador to Azerbaijan. He was born in the US and made aliyah to Israel in 1983. Follow him on twitter: @ArthurLenk
Comments