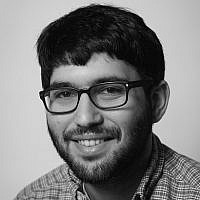 Another week, another highly contentious offering from Israel’s governing coalition.

Last time, it was a law retroactively legalising the theft of privately-owned Palestinian land in the West Bank. This time, it’s a new law preventing entry to Israel by anyone who publicly calls for boycotts of Israel or any territory under Israel’s control (emphasis mine), which, by definition, includes the West Bank Settlements.

The results of this new ban are personal for diaspora Jews.

Anyone who publicly calls for people to avoid buying products from settlements in the West Bank, a view not uncommon among Israelis on the centre-left, let alone diaspora Zionists, is barred from entering the country.

Even if you grew up in a Zionist youth movement, donate money to causes in Israel and make an effort to eat Bisli, celebrate Yom Ha’atzmaut, read Etgar Keret and binge-watch Fauda on Netflix – all that isn’t enough for the Knesset to deign to let you visit your Grandparents in Herzliya or your cousins on the Kibbutz.

Apparently, this new law is designed to fight BDS, but it accepts the basic logic of the boycott movement.

Rather than – as Israeli government talking points and mainstream diaspora Jews often argue for – promoting dialogue and learning, Israel’s parliament has now decided that boycotts can be best fought by boycotts, and the best way to change someone’s mind is to tell them they’re not wanted.

Yachad, the organisation I work for, has long advocated the importance of on-the-ground education.

The best way to recognise the complexity of the Israeli-Palestinian conflict is to spend time in Israel and the West Bank.

Now, not only is the Israeli government preventing the international activists they often criticise from actually visiting and – maybe – understanding Israel, they’re also making it clear to young, progressive-minded people around the world who might have said in public that they don’t buy products from the West Bank, that they’re not wanted.

Some of my friends who might have been tempted to visit Israel will now be put off, because most people won’t book a holiday they’re not sure they’ll be allowed to take.

So, the only people that try will be those who are sure of where they stand: pro-Israel, pro-settlement activists on the one hand, and hardcore BDS supporters looking to make a fuss on the other.

Talk about cutting off your nose to spite your face.

All this is part of why the law has been condemned by everyone from the Board of Deputies of British Jews and the Jewish Leadership Council in the UK to the Anti-Defamation League in America.

But there’s an elephant in the room here: the occupation.

You don’t have to boycott settlements to oppose the settlement project or the denial of Palestinians their basic rights – I’m testament to that.

But by going after everyone who might boycott settlements, this law makes every effort to erase the Green Line once and for all, and blur any distinction between Israel and Israeli-occupied territory.

Perhaps the governing coalition thinks it can hide the basic facts of the occupation from the world. It’s a bit late for that.

Instead, all they are doing is turning Israel into more of an echo chamber, where dissenting voices are pushed further and further away.

Anyone who cares about Israeli democracy should be worried.