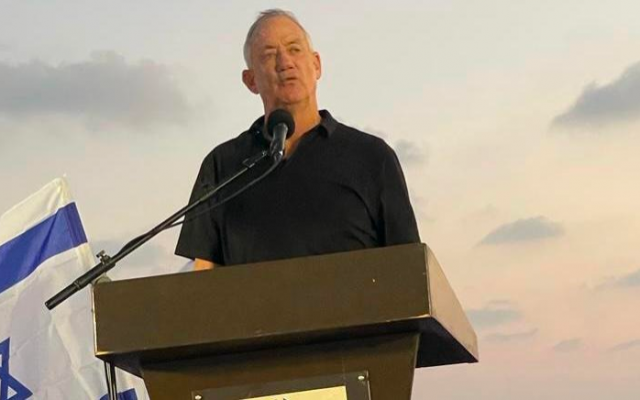 While it almost went entirely unnoticed in the local press, Thursday, September 8th, 2022 was a momentous day for the citizens of Israel: kilometers of shoreline, which for almost a century have been locked up as the “24 Shooting Zone” were transferred to the city of Rishon LeTsiyon.  If we make our voices heard, ninety percent of this gorgeous, unblemished sand dune ecosystem, will be open to all of us (and our future progeny) as a nature reserve.

With 260,00 people, Rishon LeTisyon is Israel’s fourth largest municipality. Until now, its residents have only had access to a paltry 900-meter strip of beach.  As the population of Rishon expanded, its coastline become increasingly congested.  Raz Kinstlich, the city’s young and idealistic mayor burst into office three years ago with a vision of changing this.  As a kid hanging out at the Rishon beach, Kinstlich remembers a sinking feeling when he peered over the metal fence separating him from the expansive dunes to the south.  So close – and completely unreachable. He resolved to one day tear the fence down so that his children and their friends might have access to this vast expanse of coastline.

For this Kinstlich, and his talented, green deputy mayor, Liel Even-Zohar, needed a partner. Surprisingly, they didn’t find him in the environmental ministry — but in Israel’s Ministry of Defense.

Slowly and steadily, Israel has been moving military bases out of the crowded cities in the center of Israel into new locations in the Negev.  Once evacuated, typically, the prime real estate is snapped up by the Israel Lands Authority and designated as residential neighborhoods to satisfy the mounting population’s insatiable appetite for more apartments. The army historically was indifferent over this matter: its role was to ensure that the military capacity of the country wasn’t diminished: if someone would pay the costs of relocation, it was willing to move its soldiers south.

Happily, the case of Rishon’s “24 Shooting Range” (Mitvach 24) did not follow this pattern.   Minister of Defense, Benny Gantz decided that this marvelous strip of coast should be returned to the public.  Part of the reason involves the sheer dimensions of the base and its training grounds — along with its location in the core of the Israeli heartland.  Its 9500 dunams of pristine natural shore is a full 20% larger than the largest coastal reserve in Israel at Nitsanim.

At a moving ceremony overlooking the Mediterranean sunset last week, the mayor and the ministry of defense signed the historic agreement.  I wandered over to the edge of the highest dune and gazed southward. Seven kilometers away one can easily make out the scenic Palmachim beach, a small swath of coast, saved and now legally preserved, due to the heroic temerity of Adi Lustig.

In 2008, Adi, a seventeen-year-old schoolgirl simply could not bear the idea of losing the one refuge that she had found in her increasingly urban environment. So, she set up a tent and started to protest.  More and more people joined her until eventually the government realized that she was right. In 2011, the cabinet cancelled a resort that had already been approved on the site by the regional planning commission.  This time we have the opportunity to preserve a far larger piece of Israeli coastline.  But even the defense establishment cannot do it alone.

As the ceremony overlooking the Rishon beach was about to start, my friend, environmental engineer, Teddy Fishcer joined me at the dunes. He immediately made an association with the iconic photo of the original founders of Tel Aviv as they stood and looked out at empty dunes, before they subdivided them into what would become the first new Jewish city in millennia.   One hundred and thirteen years ago, creating an urban center was the urgent order of the day.  Today, we need to create a reserve.

The final dimensions of the deal are not yet finalized.  Just how much land will be transferred by the army remains uncertain and will also depend on the Ministry of Interior’s planning officials. What we do know is that in order to pay the immediate costs of relocation, the city of Rishon L’tsiyon had to come up with 2.4 billion shekels.  To generate this income, the city will need to take a chunk out of the northern edge of the base – and develop high-rises and hotels.

The notion that Israel’s ministry of defense needs to serve as a real estate speculator to cover its costs is absolutely outrageous. With Israel rapidly becoming overpopulated and crowded, the true value of these lands is priceless.  The public needs to demand that the entire remainder of the base and its beaches be part of the future nature reserve – with any associated expenses paid for by the Finance Ministry’s out of general tax revenues.  There is no better use of public funds.

Adding such a significant component to Israel’s protected coastal sanctuary gives me hope.  It is my hope that a hundred years hence, couples will still have space in this sandy wonderland to stroll hand-in-hand, far from the maddening crowds. Youth groups should still be able to sit hypnotized around campfires or marvel at the glistening stars in the night sky.  I hope that this lovely coastal vista, that roused the imaginations of pilgrims and prophets for so many years, will continue to inspire.  And that the many other creatures who have enjoyed this habitat from time immemorial, will forever enjoy this sanctuary.

As we look to the New Year, Israel’s environmental movement should make its resolutions for the year 5743 and start planning the campaign.  Saving the entire nine square kilometers of scenic coast, that miraculously survived our frenzied development, should be its top priority. There will not be another chance.

About the Author
Professor Alon Tal is a member of Israel's Knesset representing the Blue and White Party, a veteran environmental activist, and an academic based at Tel Aviv University's Department of Public Policy.