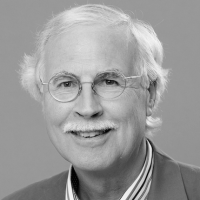 The outlook for Israel’s ecommerce sector is bright, and many American companies and investors are seeking to expand to the country. Yet significant differences exist between the Israeli and American sectors, and these present challenges both for businesses expanding into Israel and domestic companies.

The end of 2019 brought increased speculation that an Amazon Israel marketplace is about to be rolled out in the country, following the news that Amazon has begun to allow Israeli merchants to sell to Israeli shoppers.

Simultaneously, one of the major ecommerce trends in 2019 has been successful Israeli ecommerce companies looking to expand their operations to Europe. This interconnectedness is the major difference between the ecommerce landscape in Israel and the USA, and will have significant implications for the way that the sector develops in the coming years.

Innovation is likely to be driven by American companies expanding their operations to Israel – including companies like Freshbooks and payment processing solutions – while Israeli companies look outside the country to increase their profits.

In this article, we’ll take a look at the unique features of the Israeli ecommerce ecosystem, look at the major drivers of growth in the sector, and then at what the future holds for ecommerce retailers.

A quick look at the statistics is enough to confirm that Israel has a unique ecommerce ecosystem. Though the population remains small – particularly in comparison to the US – Israelis are unusually fond of making purchases online, and from abroad. There is also a flourishing creative market in the country, which allows foreign companies to utilize emerging design trends to quickly rebrand their ecommerce offer for local audiences.

This is due to a variety of reasons. The ecommerce market for domestic consumption remains relatively small, with only 25% of Israeli companies selling products online. In addition, the prices offered by domestic sellers are often much higher than those offered by ecommerce retailers outside the country because of high value-added taxes (VAT) and monopolies on many consumer goods.

This situation has encouraged Israelis to increasingly shop online. The Israel Internet Association has found that over 75% of Israelis make online purchases. These goods are mostly from China, followed by the U.S., the U.K., and Brazil. 79% of these customers have made purchases from foreign sites, according to a joint study from PayPal and Ipsos (a global research firm).

Described like this, it might sound as if the Israeli ecommerce ecosystem will come to be dominated by foriegn, and mainly American, companies. In reality, the future is likely to be more mixed, because many analysts predict that the country will become a hub of tech innovation in the coming decades.

There are a few reasons for that. Internet penetration in Israel is among the highest in the world, and consumers are unusually tech-savvy. Not only are they used to negotiating international ecommerce, but many use a “VPN” to protect their privacy and guard against the dangers of identity theft. This makes the country an ideal test-bed for novel ecommerce technologies.

The development of these technologies is being driven by a similarly unique combination of circumstances. One is investment. Since the 1980s, the Israeli state has sought to encourage private investment in tech in the country, notably with the Yozma program.

Today in 2020, further initiatives have led to an explosion of venture capital in the country, a good proportion of which is devoted to tech that could have a direct impact on the success of the ecommerce sector. Last year, foreign investment in Israel almost doubled from $6.5 billion to $11.1 billion.

All these factors mean that, while significant domestic hurdles remain, the prognosis for the ecommerce ecosystem in Israel is bright. Although most major ecommerce platforms are based in Canada or the U.S.., it’s not unthinkable that an Israeli challenger could soon upset that market.

One extra factor that lends weight to that analysis is that in the Israeli tech sector there is a close proximity between state and private institutions. Many tech workers move between academia, military, entrepreneurship, R&D, policymaking and venture capital, sometimes wearing several hats at once.

This has made the country a leader in several emerging technologies: AI automation, but also cloud storage and encrypted communications.

Finally, some have pointed out that the very underdevelopment of the Israeli ecommerce sector might be a spur to growth. Speaking to Forbes, Dell Ventures EMC’s Yair Snir points out that “failure is not a bad thing here, as long as you get back on your knees and learn from your mistakes … It’s not about the ecosystem being extremely forgiving. It’s about a belief in the importance of gaining experience, not just from success but also from failure.”

This lack of fear is partially why some of the most exciting ecommerce startups at the moment are Israeli, and why ecommerce retailers from all over the world are looking to invest in the country. At the broadest scale, however, these factors are likely to lead to the development of an ecommerce ecosystem in Israel that is significantly different from that in the USA.

About the Author
Sam Bocetta is a technical writer focused on network security and open source applications. He writes for a number of security publications, including CSO Online, Tripwire, EC Council, and others.
Comments