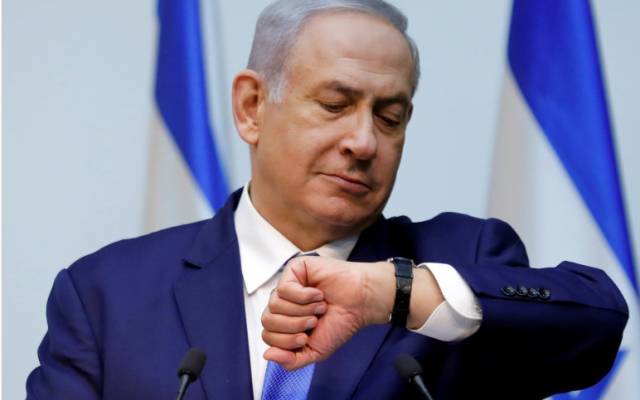 Prime Minister Netanyahu has a lot to be proud of. Once again, Netanyahu proved he is Israel’s best campaigner – one who knows his audience, crafts his messages accordingly, and has the energy and stamina to run from one rally to another. He is, at the age of 70, Israeli Politics’ Energizer Bunny.

Many compare his current achievement of 59 seats (37 for Likud and the rest for the other right-wing and Haredi parties in his “block”) to that of the April 2019 elections, in which the “block” got 60 seats. However, his current success is so much more far-reaching: it’s not only the voter fatigue which was supposed to plague the March 2020 elections, and not just the Corona Virus in the background. Netanyahu has been to a large extent the only focus of these elections, and – as opposed to April 2019 – this time was AFTER he was officially indicted and as he is preparing to stand trial on March 17, 2020. Netanyahu did not hesitate to come after the Attorney General, whom he appointed and who’s been his trusted advisor for many years, nor did he mince words about the police and the legal establishment, claiming they are all conspiring against him.

Despite everything, the Israeli electorate came out and showed incredible support for the PM, not only by voting for Likud but also for the other parties on his “block.” The sense was that these parties almost used Netanyahu as their mascot as they proclaimed on every stage and at every event that they will only go with him and that voting for them is equal to voting for him.

What happens next then? First, as is always the rule in Israel’s complicated system of governance, one should wait for the very final results. Every seat in the Knesset can make a significant difference as to what will happen next. Having said that and based on the current prediction of 59 seats for the “block,” there are a few options to look at:

A narrow right-wing government led by Netanyahu and joined by a few Knesset members from the opposite side who will jump ship and help him create a coalition.

Who might that be? It is reasonable to assume Avigdor Liberman is a NO GO for Netanyahu, as the level of trust between the two has continuously sunk to new lows. Who, then? Blue and White Party has already seen one such pre-elections defection by Knesset Member of Israeli-Ethiopian descent Gadi Yabarkan, who decided to join Likud. Will there be more? Blue and White, as a “Just Not Netanyahu” party, will face significant challenges moving forward, now that its primary goal seems to have failed for the time being. Blue and White is composed of three elements – Yair Lapid’s center-left Yesh Atid, Benny Gantz’ centrist Hosen LeYisrael, and Bogi Yaalon’s right-wing Telem. Will they be able to stick together? No doubt, they will come under enormous pressure, and only time will tell what lies ahead for them.

Another potential “target” could be the Labor Party’s, Amir Peretz. Avi Gabbay, who led the party in the April 2019 elections and received a generous offer from Netanyahu at the time to join his government, and has since left politics, stated he made a mistake not accepting the offer. In an interview before the September 2019 elections, he said that “At the end of the day, we have a dysfunctional government, we wasted millions on unnecessary elections just to end up with another impasse. I am sorry I didn’t go all the way with my guts on this issue”. The specter of unnecessary elections hovers now as well. Will Peretz consider such an offer from Netanyahu? Many view him as a left-wing ideologue who’s not likely to give up on his principles. Again, only time will tell, as Israeli politics has seen much over the year to rule anything out.

And then there’s Orly Levy, an active legislator on social issues and the daughter of another historical figure of Israeli politics, David Levy, who was a long time Likud member and a Netanyahu rival in the past and later on created his own party called Gesher. After leaving Avigdor Liberman’s Yisrael Beitenu party, Orly launched her own party under the same name, Gesher. After running in the April 2019 elections and not making it through the electoral threshold, she joined Labor in September 2019 and became part of the March 2020 trio Labor-Gesher-Meretz. By joining the Netanyahu government and potentially being the 61st vote, Orly stands a lot to gain in influence and ability to execute on her promises to the electorate. By doing so, she may be building up her position towards the next elections, while bearing in mind that many of her potential voters do not necessarily feel at home in a union with the left-leaning Meretz party.

It should be noted that Israeli law makes defections difficult and sanctions Members of Knesset who do so, after the elections, unless a whole 1/3 of the party defects. In this sense, Orly’s path is smoother, as she stands as a party of her own, which makes joining a Netanyahu government much more comfortable.

But here is the bottom line: a 61-member coalition government is an extremely vulnerable one, and its tenure cannot be easily predicted.

A Government of National Unity, potentially with a rotating premiership between Gantz and Netanyahu. Ideally, this is a classic central Israeli government. No political or religious margins, it is a government of the majority of Israelis which could potentially have a strong and stable majority to pass reforms and make a difference for Israel in a time of great need and internal challenges. Realistically, that option was on the table – supposedly – by Netanyahu in the aftermath of the September 2019 elections, and it was rejected then by Blue and White. Therefore, it is hard to see how a party, whose banner is deposing Netanyahu, will agree now to join, and this time AFTER the official indictment and as Netanyahu prepares to stand trial. Will Blue and White consider this option? Will it disintegrate into its different elements, with – maybe – part of it will join? Israeli politics has seen worse.

Another option, as unrealistic as it may seem, is an anti-Netanyahu coalition formed by the other 61 members of Knesset – Blue and White, the Joint Arab List, Liberman, and the left. Such an alliance would come together – as it could have done after September 2019 – for one purpose, and one purpose alone; getting rid of Netanyahu and sending him to the opposition or possibly, home. Once a government is established, it can choose to dissolve itself and go to the fourth round of elections, but this time without Netanyahu’s advantage of being the incumbent premier. However, this option seems rather unlikely, if only for the sight of Avigdor Liberman partnering with the Joint Arab List, even if it is just to replace Netanyahu.

Fourth Elections. Last but by no means least, we might face a fourth round of elections, if none of the above transpires, this despite the great voter – and politicians – fatigue and attrition as a result of the other three rounds of elections Israel just went through.

And we still haven’t said a word about Israel’s Supreme Court: what will it do when the petition comes before it asking to prevent Netanyahu from being given the task by Israel’s President to create a coalition, due to his criminal indictments. In January 2020, the court rejected a similar petition, calling it a “theoretical” one, yet ruling it justiciable should the issue arise in the future.

Well, it just did.

About the Author
Speaker, Author, JBS Senior Vice President. Formerly Israel's Consul for Media Affairs in NY and diplomat at Israel's Foreign Ministry. Thankful for every day. Hopeful for the future.
Comments