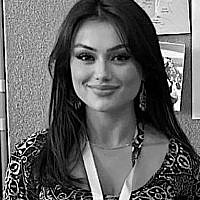 The Blogs
Abigail Rachel Mouniba Darwish
Apply for a Blog
Advertisement
Please note that the posts on The Blogs are contributed by third parties. The opinions, facts and any media content in them are presented solely by the authors, and neither The Times of Israel nor its partners assume any responsibility for them. Please contact us in case of abuse. In case of abuse,
Report this post.

Since the recent escalation in the Russo-Ukrainian War Israel has undergone criticism from the international community for its limited support to Ukraine – namely from Ukraine’s President, Volodymyr Zelenskyy, and its Defence Minister, Oleksii Reznikov.

Israel’s current level of involvement comprises of humanitarian aid, military intelligence, and the resettling of Ukrainian refugees. However, the constraint on Israel’s degree of support – specifically the provision of offensive and defensive weapons – can be viewed as a strategic calculation to retain diplomatic relations with Russia.

Underpinning Israel’s interest in preserving Russian-Israeli relations are crucial issues of security concerns and spheres of influence in the Middle East. Russia’s sphere of influence in the region – namely their control of Syria’s air space (since 2015) – has necessitated military coordination talks between Russia and Israel. Russia has an alliance with two major enemies of Israel – Iran, and Syria – Israel’s concern is that Iranian military forces will continue to station themselves in Syria, thus providing Iran with greater access to attack Israel.

However, this leaves Israel in a precarious position in the global arena: If Israel provides Ukraine with military capacity, it could jeopardise its ties with Russia – in tandem, if Israel maintains the status quo of support to Ukraine, its reputation in the international scene and weakening ties with numerous western allies – including the US and the UK.

It should be noted that the former has already materialised recently with Ukraine backing UN panel call on the ICJ to opine on Israeli ‘annexation and occupation’ of Palestinian territory. Indeed, frustrated by Israel’s obstinance towards providing military support, Ukraine has demonstrated its readiness to put international pressure on Israel through international bodies that are unfortunately ridden with anti-Israel bias.

To continue the status quo relationship with Russia, Israel could simply maintain its current level of support to Ukraine: humanitarian aid, provision of intelligence, and the resettlement of Ukrainian refugees, as it has been doing effectively since the onset of the war in February.

The State has supplied over 100 tonnes of humanitarian aid to Ukraine since February; provided Ukraine recently with military intelligence on Iranian Shahed-136 drones used by Russia against major Ukrainian cities; and further, it has taken in over 18,000 Ukrainian refugees – more than any other country not sharing a border with Ukraine.

Whilst maintaining the status quo would not alleviate the current issue – Israel’s lack of military aid – it would be the safest option concerning Israel-Russian relations.

Alternatively, Israel could follow the trend in the Global North and supply Ukraine with military aid, specifically offensive military weapons.

Iranian military aid to Russia, such as Shahed-136 and the Fateh-110 and Zolfaghar ballistic missiles what have targeted Ukrainian cities and civilian infrastructure. Therefore, Israel has come under additional pressure to provide offensive military aid for Ukraine to retaliate adequately.

Furthermore, Israel could provide defensive military capacity. Additional defensive military technologies akin to the Israeli Iron Dome, the Israeli Iron Beam, and other missile defence systems. Surely this would fulfil Ukrainian requests for military aid. Moreover, Israel would not directly be providing arsenal that would be used to target Russian territory; whilst simultaneously diverting the effects of armament attacking Ukrainian infrastructure.

Conversely, supplying Ukraine with Israel’s military defence system could make Israel itself vulnerable by depleting its own defensive stockpile, needed to deter Hezbollah, Hamas, and or Palestinian Islamic Jihad from launching another attack on Israel.

Considering Israel’s foreign policy predicament – as mediating state actor between both Ukrainian and Russian, whilst maintaining relations with both states – it could be argued that providing defensive weapons to Ukraine is the best solution. Despite this, Israel’s Foreign Minister, Benny Gantz, has however affirmed that “our policy regarding Ukraine will not change […] we will not provide weapon systems”

To summarise, providing defensive military aid could fulfil Ukrainian interests whilst not completely undermining Russian-Israeli relations. Though it may render Israel more vulnerable to the threats of Hezbollah, Hamas, or Palestinian Jihad, such risks are certainly not as imminent as those currently posed from Iran, under Russia’s sphere of influence in Syria. Therefore, maintaining relations with Russia strategically outweighs the need for Israel to withhold defensive military aid to Ukraine. So, providing defensive aid posits itself as the most viable solution to Israel’s current foreign policy quagmire.

About the Author
Abigail is a second-year History student at University College London and a Fellow for the Pinsker Centre, a campus-based think tank which facilitates discussion on global affairs and free speech. The views in this article are the author’s own.