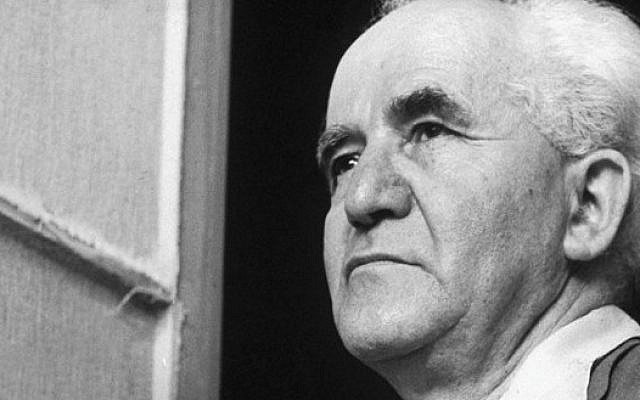 On May 14, 1948, David Ben Gurion stood on a podium at the Tel Aviv Museum and announced the establishment of the State of Israel with a booming recitation of a Declaration of Independence.

When Ben Gurion made this dramatic declaration, few would have guaranteed that this fledgling state, surrounded by hostile armies, would survive seven decades, much less develop and thrive into a modern, diverse, dynamic and innovative society built on ancient soil.

At the same time, today, we cannot escape news headlines filled with events and issues — the Gaza clashes, tensions on the Syrian border, the crisis regarding African asylum seekers — that highlight the challenges Israel continues to confront: how to make a secure and lasting peace with its neighbors; how to balance the Jewish and democratic characters of the state; how to live up to expectations that it be a “light onto the nations,” while surviving day-to-day amid raucous identity politics.

As Israel celebrates this milestone anniversary and we reflect on what has been achieved against the odds and what more can be done, it is the document read on that historic May afternoon that continues to resonate.

There will be a lot of talk this week about the significance of this document, and rightfully so. A statement of historical and moral legitimacy, a mission statement and a call to action, 70 years later, Israel’s Declaration of Independence remains above all an inspiring formulation of the foundational values that both ground and guide this Jewish and democratic state, living at peace with its neighbors.

The Declaration lays out the right and legitimacy of Jewish nationhood: “This right is the natural right of the Jewish people to be masters of their own fate, like all other nations, in their own sovereign State.”

It commits the new state to equality, freedom and justice, appealing in particular to Arabs living in the new state:

And in a call that is as urgent today, with pressures on Israel’s southern and northern borders, there is the yearning for peace: “We extend our hand to all neighboring states and their peoples in an offer of peace and good neighborliness, and appeal to them to establish bonds of cooperation and mutual help with the sovereign Jewish people settled in its own land. The State of Israel is prepared to do its share in a common effort for the advancement of the entire Middle East.”

Hurriedly finalized just before the start of the 4 o’clock ceremony in Tel Aviv, the drafters of Israel’s Declaration are said to have based it on the US Declaration of Independence and Constitution. Like its American counterpart, read today, Israel’s Declaration is not partisan or political. It speaks to the values of the nation, whether one is on the left or the right, religious or secular, Jewish or non-Jewish.

While lacking the legal import of a constitution (Israel doesn’t have one, it’s legal system is based on a series of what are known as “Basic Laws”), just as in the American case, the fundamental values represented in the document influence and advise the law of the land, and are as much guiding principles in 2018 as they were in 1948.

Israel’s 70th anniversary (marked on its Hebrew date of the fifth of Iyar — April 19 this year) is a time to celebrate all that has been accomplished and reflect on what yet remains to be done. On this milestone, the indispensable Declaration of Independence serves as a touchstone and a source of pride, cohesion and aspiration for the Jewish and democratic State of Israel.

Jonathan A. Greenblatt is CEO and National Director of the Anti-Defamation League.