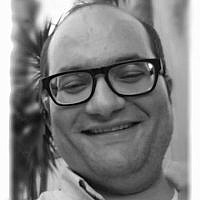 The Blogs
Noson Waintman
Apply for a Blog
Please note that the posts on The Blogs are contributed by third parties. The opinions, facts and any media content in them are presented solely by the authors, and neither The Times of Israel nor its partners assume any responsibility for them. Please contact us in case of abuse. In case of abuse,
Report this post.

The real problem with the government of Israel is its simplicity, not its complexity.  This may sound strange as complexity is often seen as one of main causes of Israel’s governing woes. Too many parties, too many fractions, too many offices, too many rules, too many laws, and of course, too many elections. This is all true, but completely misses the point.

The actual problem is that Israel’s system is too simple. There is the Knesset. And that’s it.

The Knesset is the only real organ of government. It is the only house of government. There is no other federal structure. There is not an upper house and a lower house in the Westminster (or U.K) style that is common around much of the world. There are no local states with certain powers and responsibilities that belong to them. There are local authorities, but they have extremely limited power.

This unicameral or one house system leaves many gaps. There is no upper house to balance the lower house. Or lower house to force urgent needs on the upper house. There are no states to fight the Knesset about jurisdiction. Or to petition about badly needed resources. There is no place for constituents to pressure their representative over needs as there are no direct representatives.

This system has no place for these checks and balances. The Knesset can’t send legislation back to the Knesset! The Knesset can’t sue itself over resources. Committees provide a little back and forth, but nothing compared to a proper federal system. With a proper federal system, there is at least the potential to allow the majority and minority to express their wants and needs through the democratic process. In a federal system, the democratic process is created through multiple houses engaging on a topic, through states or provinces and the tension between them and the federal government. Through tension, different needs are met and passions are tempered.

While in Israel, none of this is true. Instead there is an enormous gap in the system.

It is possible that this vacuum in Israel’s democratic system was masked for a long time as the Knesset, for much of Israel’s early history, was dominated by one side. With large majorities for one side, weaknesses in checks and powers tend to be easy to miss.

In the last forty years, and more and more over the last 25 years, due to the split electorate, the weakness of Israel’s unicameral system has been exposed.

Will Israel resolve this problem? Can more checks and balances be built into the Israeli system? Can adequate political representation be established? Can Israel be better protected from what James Madison, one of the framers of the U.S. Constitution, called the tyranny of the majority and the tyranny of the minority? These problems, when the will of the majority overwhelms the rights of the minority or the will of an implacable minority overwhelms the rights of the majority, should sound familiar to any observers of the Israeli scene.

Israel’s brief flirtation with direct election for head of government, did not solve this problem, perhaps because it didn’t resolve the problem of checks and balances. At all.

Having a constitutional convention to create a new system to solve these issues at this point seems unlikely.

Perhaps the easiest path to a more democratic system would be a concentrated project in devolving power to local authorities as a route to creating democratic checks on the Knesset.

About the Author
Noson Waintman obtained his M.S. from the Zicklin School of Business of the City University of New York and his B.A. and Rabbinic ordination from Yeshiva University. A native of Canada, he currently resides in Rehovot, Israel.
Related Topics
Related Posts
Comments