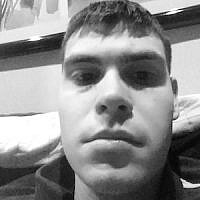 There has been extensive coverage of the Ethiopian-Israeli community’s protests in Tel Aviv in response to the beating of an Ethiopian-Israeli IDF soldier by Israeli police. The world media picked up on it. I saw coverage of it on CNN. The fact that it coincided with riots in Baltimore amplified its coverage. I have no problem with these protests. What I have a problem with is the world’s response to these protests.

Firstly, I support the plight of the Ethiopian-Israeli community. They came out to protest to make Israel a better place. They protested to rid Israel of the anti-African racism it unfortunately suffers from. And many non-Africans joined them in the protest. Unfortunately, the demonstrations turned violent at Rabin Square, but I still agree with the overall message. Most Israelis do. Netanyahu, as much I disagree with some of his policies, met with the soldier and members of the Ethiopian-Israeli community to assure that steps will be taken to improve the situation. Whether we will see any improvement, we shall see. Anyways, Kudos to Bibi for at least reaching out to the soldier.

I deplore racism wherever it rears its ugly head. However, there is one reason why I feel uncomfortable about discussing the type of anti-African racism that is present in Israel. It is not because I despise Ethiopians-Israelis. It is not because I deny it or because I try to excuse it. But because of how Israel’s haters spin these events to advance their poisonous, anti-semitic political agenda. Unlike the protesters in Tel Aviv who marched to make Israel a better place, Israel’s haters will repeatedly use these events to paint Israel as an incurable, inherent racist society that must be destroyed in order for there to be world peace. In other words, the protesters in Tel Aviv want to improve Israel, while Israel’s haters want to destroy Israel.

Israel’s haters love to point out racism in Israel whenever it occurs. The fact that they focus solely and so obsessively on Israel suggests an agenda. By focusing only on Israel, the Israel hating crew imply that racism is unique to Israel. Racism is found in every country. In South Africa (which, according to the left, is the shining example of co-existence in the world), in France with the string of anti-semitic attacks in the country, Belgium, Denmark, India, Russia, several South American countries, Spain, among others.

And then there is the Arab world. Slavery of black Africans is still practiced in Sudan to this day. Anti-Black racism is found throughout the Arab world. According to the ADL, 74% of the Middle East and North Africa hold anti-semitic views. It brings up a question, why are African refugees risking their lives to get to Israel when they have to pass through Arab countries on the way there?

The Israel hating crew is attempting to hijack an internal Israeli matter in order to boost up their racist agenda. Their agenda doesn’t line up with the Ethiopian-Israeli struggle. Ethiopian-Israelis are proud Israelis. The man who was attacked was wearing an IDF uniform at the time he was attacked. At the demonstration, HaTikvah was sung and Israeli flags were common. 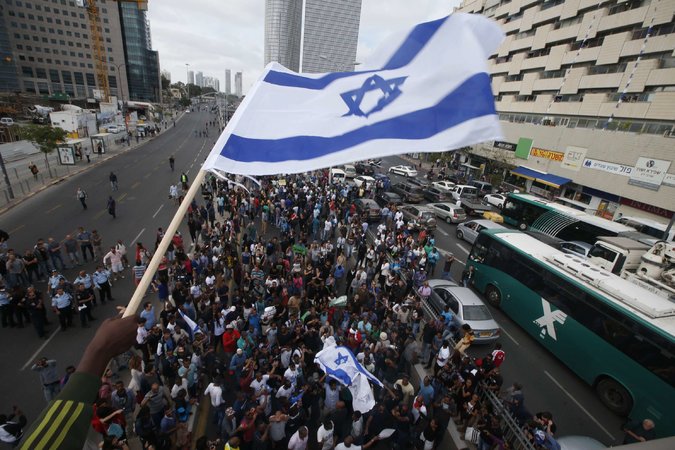 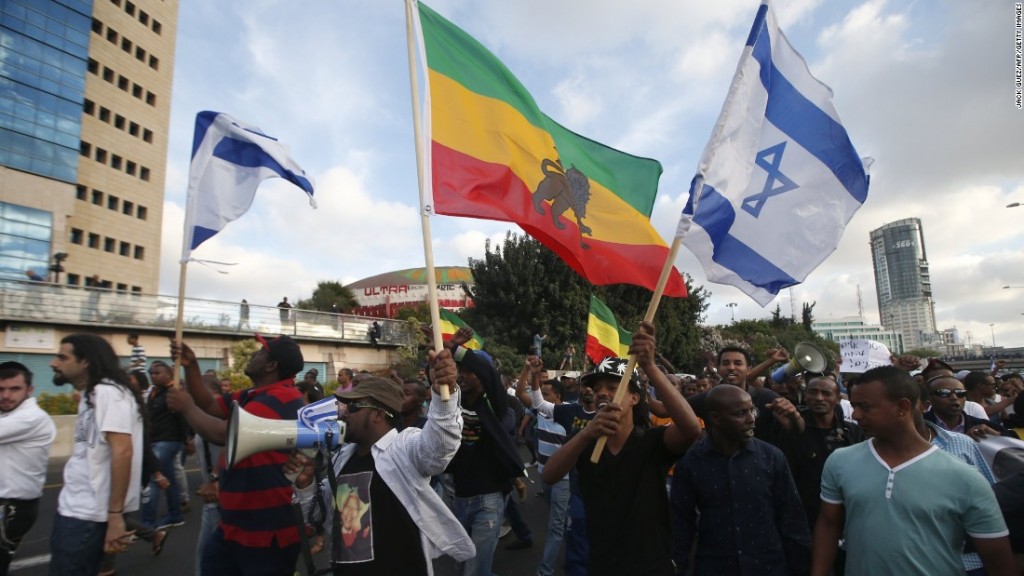 About the Author
Cliff, a recent college grad, lives in the NYC borough of Queens. Raised in a reform Jewish household, he now considers himself a secularist Jew who unequivocally support Israel's right to exist and defend itself against its sworn enemies.
Comments