As the person hoping to become Britain’s next Health Secretary, I don’t mind admitting that the scale of the challenge facing our health service can be daunting.

There are record numbers of people waiting for NHS care, and they are waiting longer than ever before. Our doctors and nurses do remarkable work but there simply aren’t enough of them. Plugging the gap of 110,000 staff vacancies isn’t going to be a quick fix when it takes seven years to train a doctor.

Yet, I came away from my visit to Israel last week optimistic and full of ideas for equipping our health service with the tools it needs to treat patients on time again.

I wanted to return to Israel to see the incredible advances in medical technology being developed here, some of which blew me away. Israel is 10 years ahead of the NHS. Its health service is digital while ours is stuck in analogue. When I showed people our NHS app, they laughed.

The technology I saw is not space age. The things that are making a real impact are familiar to us all – most of us carry them around in our pockets. Yet they could make a big difference to patients in Britain.

Ambulances use smartphone technology to deliver the most rapid response possible and ensure hospitals are ready to treat patients on arrival. Contrast that with the crisis we’re experiencing in emergency care, with stroke and heart attack patients waiting two hours for an ambulance. One service in the North-East advised local people over Christmas that they would be better off phoning a friend or calling a cab than relying on an ambulance to reach them in time. Patients deserve better.

One tech company I met has started providing at-home kidney tests to some NHS Trusts in England. They cost little, take up no staff time, but could catch thousands of problems before it is too late. I know from my own treatment for kidney cancer last year the importance of early diagnosis. We should be rolling out technology like this across the country.

With the best modern technology from around the world, like I saw in Israel, the next Labour government will make our NHS fit for the future and provide patients with world class healthcare.

I also spent time in Al-Makassed hospital, one of six Palestinian hospitals in occupied East Jerusalem. Children receive excellent care, but as the only suitable ICU providing care to Palestinians across East Jerusalem, Gaza and the West Bank, the hospital faces huge challenges. The permit system can force mothers out of the hospital in the early days of their child’s life, separating new families. I saw one child who had been waiting a month for their parents to be allowed to return and collect them. While there are no easy solutions to the Israel-Palestine conflict, it is vital that Israeli authorities work to ensure that parents always have access to their children.

I discussed the prospects for peace with Nitzan Horowitz, the Israeli Health Minister, and his work to ban the disgraceful practice of conversion therapy. And after the end of a long spell out of power, it was a pleasure to get the thoughts of Merav Michaeli, Leader of the Israeli Labor Party, on the future of the left.

Finally, I was deeply moved at Yad Vashem, the memorial for victims of the Nazi Holocaust. It provides a warning from history about the capacity for ordinary human beings to commit extraordinary acts of evil, something we forget at our peril. It is an exhortation to all of us to stand against prejudice and hatred always.

About the Author
Wes Streeting is Labour MP for Ilford North.
Comments 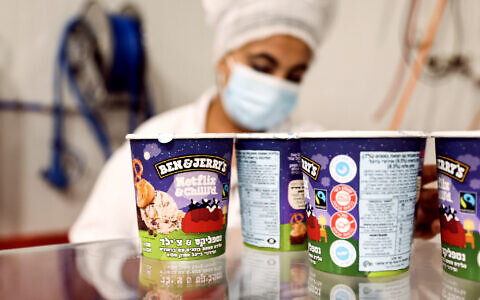 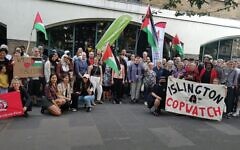 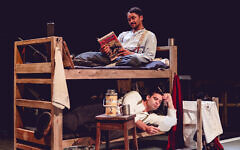