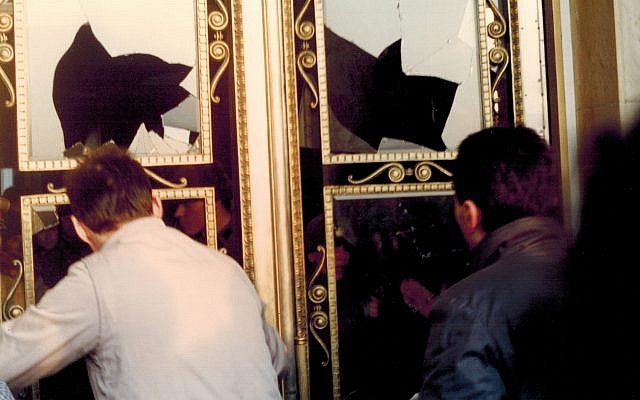 I met a civilized-seeming tourist couple one evening this week. European Jews in middle age, they had high-level connections but no haughty airs.  We were having a very pleasant time propping up the classy bar when the conversation turned to politics and then quickly went deep south.

I mentioned that my previous position as a foreign journalist had familiarized me with the oppression of the Palestinians in the West Bank. They seemed taken aback. “Isn’t that Ramallah?”  the woman asked. “Yes it is,” confirmed the man. “We were just there. So nice! They are oppressed?”

So I had to explain to them what actually goes on; the reader does not need this service here from me.

The woman seemed to understand, but then genuinely not to care, and she turned hostile in a flash. “If they don’t like it they have a lot of countries to move to and they should all go. Good riddance!” The man seemed hardly to care but vaguely to agree. Yet he was a natty sort of geezer with some decorum; like  many a spouse before him, he wisely held his tongue.

“All of them should go?” I asked. “Leave the only homes they’ve ever known? Millions?”  She hesitated for a flicker, then: “Yes!” She said it with a sudden and startling conviction. I imagined a billionaire in that pose, having decided to buy the coveted Renoir.

We drank our Chablis. The cheese cake was exquisite. The volume of French music was just right, allowing for civilized discourse.

But I felt dirty work afoot.

Earlier that evening I had experienced a similar sensation while catching the end of a TV interview with incoming justice minister Amir Ohana. The newly minted eminence made news, declaring that Supreme Court rulings need not always be obeyed. He has since clarified his statement in some unclear way, and the prime minister, whose devoted servant Ohana is, mumbled something as well. 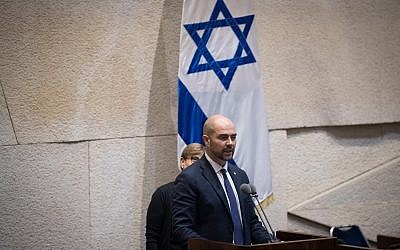 But make no mistake: the very next day another minister, Yoav Galant, was attacking the justice system as well. It is simply a central current position of the Israeli right. It clearly relates to the corruption counts pending against PM and Likud Party leader Benjamin Netanyahu, but goes deeper as well.

Likud’s argument, versions of which are heard from the populist right all over the world, is that unlike the executive and legislative branches, the court system is unelected; therefore it cannot be allowed to prevail over those who in theory represent the will of the people. They also say that the Supreme Court in Israel has overreached, interfering too much. That sounds reasonable, and some people remember that court president Aharon Barak was supposed to have said in the 1990s that “everything is judge-able,” which sounds activist and arrogant. Lastly there is constant hinting that the court is liberal; what the court is, of course, is literate, and the two can be so easily confused.

Some facts get in the way.

For one thing, the Israeli Supreme Court in the past 30 years has struck down fewer than 20 pieces of legislation, vastly less than counterparts in the US and the UK; it’s not all that activist. Second, it’s not all that liberal: the court has stepped in when egregious oppression of an individual Palestinian could be proved, but by and large it has legitimized the contours of the occupation of the West Bank (and Gaza, before).  Third, the court has been the primary guarantor of progress in the land: Ohana, a gay man with a husband and child, owes his equal rights to this fact. But he owes his shiny new position to the man and system that he serves. If he feels shame, he hides it with great skill.

The attack on the courts is only part of a campaign that also targets other pillars of liberal democracy: minority rights groups and liberal NGOs, the free media, the cinema, theater and fine arts, and even the police. Whoever, in short, might not stoop to lick the boot.

The facts matter mostly to a rather small intellectual elite, currently busy pretending it is not in fact elite, because the fashionable thing is a “war on the elites.” The tourist and Ohana, each in their different way,  expressed outrageous positions that were once beyond the pale, but now have strong and growing support.

They have strong and growing support because the people are so angry that their lesser angels rise and truth comes out. They are angry about economic issues and being left behind by a small minority of rich. They are angry about immigration blurring their languages and societies. They are angry because they never wanted a lot of the liberalism to begin with. It was in large part imposed by elites at a time when that could happen, around the Great Depression and after the shock of World War II. Modern communications have made it more difficult to perform such sleight-of-hand. That is a reason why the Hindu nationalist BJP is now in power in India after almost 70 years of the party of Mahatma Gandhi; they may well represent the “real India” more, if real means majority opinion. It’s possible Ohana represents the “real Israel” more.

Just a few years ago, in Israel and in many places around the world, there were rules of polite society, engineered by the elites and supported by a conservative base where religion dictated a degree of politesse. Now you have world leaders themselves lying with such frequency and brazenness that it’s routine. Religion, with exceptions, has become a reactionary force. Online propaganda echo chambers feed a beast of false equivalence, and people come to accept that “everybody lies,” as if there was never such a thing as a question of degree.

At some point the lies and outrages are normalized. And what is becoming normal now is a war on liberal democracy, in Israel and elsewhere. We must get used to using both those words, not just the simpler term “democracy,” which has been hijacked by those who deploy it to mean little more than the will of the majority. A tyranny of the majority.

The liberal democracy we have enjoyed in most of the West for most of the past century is quite another beast. It must be stressed: true democracy is also the rights of the minority. It is a system of checks and balances in which some progressive principles are raised beyond politics by a one-time foundational act of will. One must be honest: a liberal democracy might need aspects that can seem anti-democratic; it needs ways to suppress a momentary lapse of majority reason. The majority, for example, might not agree to fund education for the children.

Liberal democracy is not a given. It is not a birthright. In Israel, there was no reason this system should have arisen from a collection of people who came mostly from Eastern Europe and the Arab world, with a large Arab minority and a growing ultra-Orthodox population that seems anti-democratic to the core. It is a bit of a miracle here, as it would be in many places, like India. A felicitous, fragile product of improbable, imperfect storms.

Proponents of liberal democracy can give up, and allow the world to look like Likud, Putin, Duterte and Trump (or the BJP, in a best-case scenario). Or they can fight against what may well be the instinct of the majority. It is a paradox, but not the only paradox in the world. Liberals in Europe are wrestling with the need to be illiberal towards those — conservative immigrants on the one hand, home-grown xenophobes on the other — who would destroy European liberalism.

Years ago I interviewed U2 frontman Bono. I told him I had noticed a love of paradox in many of his lyrics: “If you want to kiss the sky, better learn how to kneel”; “running to stand still”; “believing in yourself almost as much as you doubt.” It was sycophancy on an Ohana level, but I think Bono was impressed. He actually called me “zen.” I was a laughingstock, among my colleagues, for a time.

I think this may not be the moment to be zen. It’s a moment for clarity of mind, and eye on the ball. 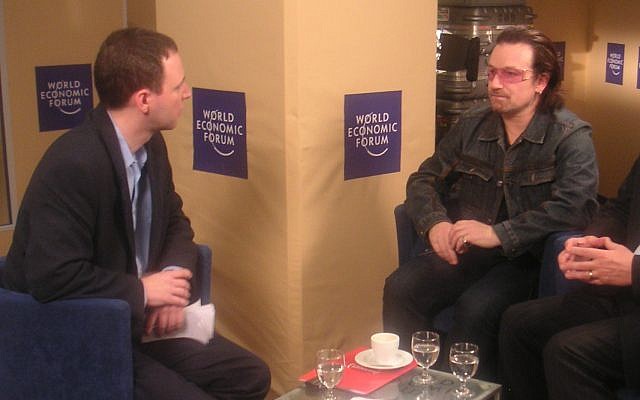 Author discusses paradox with U2’s Bono
About the Author
Dan Perry is the former Cairo-based Middle East editor and London-based Europe/Africa editor of the Associated Press, served as chairman of the Foreign Press Association in Jerusalem, and authored two books about Israel. A technologist by education, he is the Chief Business Development Officer of the adtech company Engageya and Managing Partner of the award-winning communications firm Thunder11. His Substack, Ask Questions Later, is available for subscribers at https://danperry.substack.com/. Also follow him at twitter.com/perry_dan; www.linkedin.com/in/danperry1; www.instagram.com/danperry63; www.facebook.com/DanPerryWriter/; and https://muckrack.com/dan_perry
Related Topics
Related Posts
Comments