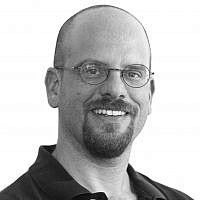 The Blogs
Mitch Ginsburg
Apply for a Blog
Advertisement
Please note that the posts on The Blogs are contributed by third parties. The opinions, facts and any media content in them are presented solely by the authors, and neither The Times of Israel nor its partners assume any responsibility for them. Please contact us in case of abuse. In case of abuse,
Report this post. 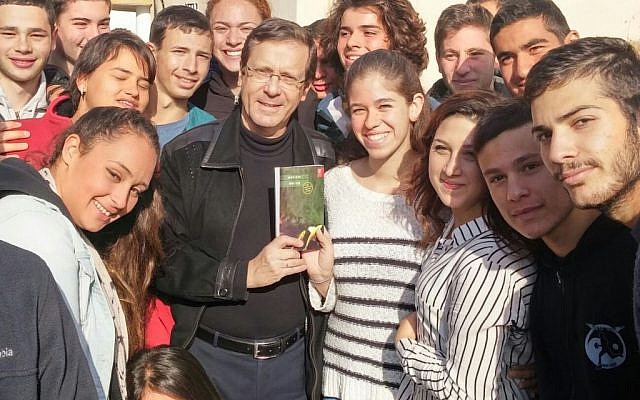 With hate crimes on the rise, with video still circulating of young adults stabbing the photo of a murdered Arab child as part of a Jewish wedding ceremony, the ministry has drawn its line in the sand: a book about a Jewish Israeli woman who allows herself to fall in love with a Muslim Palestinian man, while ensconced in the wintry confines of New York City, is beyond the pale. It has been banned from high school matriculation curriculum.

Dorit Rabinyan’s stellar novel, “Gader Haya,” or “Borderlife,” was deemed a threat to young minds because “young people of adolescent age don’t have the systemic view that includes considerations involving maintaining the national-ethnic identity of the people and the significance of miscegenation,” the ministry ruled, according to a report in Haaretz, which broke the story on Wednesday.

That brittle sentence is a failure on so many levels. It degrades teenagers. It’s saturated in the assimilationist fears of the Diaspora. It’s a woeful piece of writing. And, above all else, it undermines the humanism that is at the heart of successful literature.

Liat Binyamini, the fictional narrator of the book, is an Israeli from Hod Hasharon, a translator. She remembers walking to school in the mornings and carrying a pin tucked into her fist in order to stab any would-be Arab kidnappers in the eye. She remembers sitting in a Tel Aviv share taxi hearing a woman tell the driver about her relative who fell for an Arab. A former soldier, who is open about her service, she is neither post- nor anti-Zionist. The one-state solution is a disaster in her eyes.

Only in New York City, under a sun that provides no warmth, amid Americans that see her as foreign and dark and potentially dangerous, she meets Khilmi Nasser, a scatter-brained painter from the Ramallah area, a 27 year-old with curls that glow in the red of the traffic lights. He is patient and kind and when she wakes up beside him on the morning after they first make love and hears him speaking to his mother in Arabic, she hears the sweetness of the conversation and not the sound of an enemy.

That’s all. The rational part of her knows it is not possible. The emotional side fondles the possibility that it might be. The prose, both lush and pointed, explores the bubble of their love and the dangers lurking outside it, in reality.

Israel’s Ministry of Education should know that literature is not a collection of morality tales. It is not a tool to steer the minds of the youth. It is, at its best, an entertaining look at the inner workings of human souls. Shockingly, that depiction, of the humanity that binds these two people, was deemed unsuitable for Israel’s youth, as if love, and not hate, were the central danger to our existence here.

About the Author
Mitch Ginsburg is a writer and translator and former military correspondent for The Times of Israel.
Comments