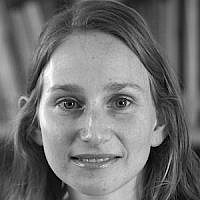 The Blogs
Talya Steiner
Apply for a Blog
Advertisement
Please note that the posts on The Blogs are contributed by third parties. The opinions, facts and any media content in them are presented solely by the authors, and neither The Times of Israel nor its partners assume any responsibility for them. Please contact us in case of abuse. In case of abuse,
Report this post.

As Israel’s first Equal Employment Opportunity Commissioner, Attorney Tziona Koenig-Yair, approaches the end of her six-year term, the race for a successor is on. What are the chances that an Arab will be selected for the position? Such an appointment would have both symbolic and practical significance.

For more than 20 years, Israel’s Equality of Opportunity in Employment Law (1988) has allowed job applicants who suffered discrimination to take employers to court. But applicants for jobs who face discrimination are often reluctant to file lawsuits. As a result, legal action has been rare, and cases that involve nationality-based discrimination have been particularly infrequent.

This is not, as is sometimes argued, because of the absence of such discrimination. In fact, in the absence of any meaningful deterrent, discriminatory behavior has remained fairly common in the Israeli job market. In a government survey conducted in 2012, 22 percent of surveyed employers responded that they discriminate against Arab candidates for jobs.

Discrimination contributes to the significant disparities between Jews and Arabs in the Israeli labor market. It affects Arab participation rates in the labor force, the sectors in which they find work, and their resultant income levels.

The establishment of Israel’s Equal Employment Opportunity Commission in 2009 was an institutional response to the realization that combating discrimination and promoting equal opportunity cannot be left to those affected; the state must lead the call for change.

The main task of Israel’s Equal Employment Opportunity Commissioner is to deal with complaints about discrimination received from the public. This is done by sending warning letters and requests for clarifications to employers, providing legal representation in lawsuits, or filing amicus curiae [friend of the court] briefs in labor courts. The commission receives approximately 800 complaints per year. The distribution of these complaints shows who the commission’s “clients” are:

It is important to note that these complaints are from Jewish women only. Over the years, the rate of complaints that the commission has received from Arab citizens about nationality-based discrimination has ranged between 2 and 3 percent.

There have been fewer than 10 cases dealing with nationality-based employment discrimination, the commission has been involved in only three, and not a single one of them has reached the National Labor Court or the Supreme Court. Absent legal precedent, the relevant legal criteria have remained underdeveloped. Employer practices that may impede equal opportunity and require special legal attention include the frequent demand for security clearances, the preference for applicants with a specific military background, the rejection of applicants who live in far-flung locations and would need to commute, the prohibition on speaking Arabic in the workplace, inflexible work schedules during non-Jewish holidays, and dismissal of employees on the basis of social media posts that deviate from the Israeli consensus.

While overcoming the difficulties that women face in the job market is important, the purpose of the commission was to strengthen the fight against discrimination in areas where enforcement has been weakest. Despite the commission’s efforts over the past several years, it has failed to revolutionize the treatment of nationality-based discrimination.

This is why the identity of the next commissioner is so important. Were the State of Israel to appoint an Arab citizen to head the Equal Employment Opportunity Commission, it would demonstrate commitment to full integration of Arab citizens into the workplace as a top national priority. By comparison, in the 50-year history of the United States Equal Employment Opportunity Commission, its directors have included people from an impressive variety of national and ethnic backgrounds: Eight commissioners were African-American, three were Latino-American and three were Asian-American. While there is no doubt something superficial about such pigeon-holing — and I do not claim for a moment that only minorities are fit for the job or that merit should not be the chief criterion — the appointment of eligible representatives of populations facing discrimination to the top position charged with fighting such discrimination sends a strong message to citizens on the frontlines of the struggle for equality. This would be especially true for Israel’s troubled Arab minority.

Ultimately, the most significant benefit of having an Arab commissioner will come not from increased scrutiny of Jewish discrimination against Arabs. When Israeli society grows accustomed to seeing an Arab commissioner calling employers to task for discriminating against IDF reservists, speaking out in the Knesset on behalf of the special needs of ultra-Orthodox laborers, and appearing in the court to defend the rights of an Ethiopian immigrant, we will have taken a big step towards normalizing Jewish-Arab relations in Israel.

About the Author
Talya Steiner is a researcher at the Israel Democracy Institute and author of a proposal to reform Israel’s Equal Opportunity Commission.
Comments