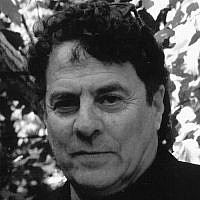 The Blogs
John Moscowitz
Apply for a Blog
Please note that the posts on The Blogs are contributed by third parties. The opinions, facts and any media content in them are presented solely by the authors, and neither The Times of Israel nor its partners assume any responsibility for them. Please contact us in case of abuse. In case of abuse,
Report this post.

On Tel Aviv’s outskirts, in a nondescript area of Kiryat Ono, a campus of unprepossessing grey buildings belies an Israeli college bent on big things. If it succeeds, Israel’s future will have been built, in part at least, here at Ono Academic College, as much a social laboratory as full-fledged institution.

Ranan Hartman established Ono in the mid-1990s, and has guided it since into Israel’s largest college. But his aspiration, and that of his colleagues, has little to do with size. Rather they dream of a fractured country’s transformation into a cohesive whole, where mainstream and marginal alike take their place at the national table. Call them realistic dreamers.

To achieve this, Ono trains its eyes on students from those nettlesome “tribes,” whose lack of integration into Israel’s social and economic fabric looms — for many — no less a threat than Iran. Maybe more so.

These tribes — disparate, sensitive to slight, far more ambitious than given credit — are hardly Ono’s only students. They do, however, form its heart. What becomes of them is what Israel itself will become.

On a campus whose interior is replete with offbeat charm and decor, Ono’s students provide the human color: Hareidim, men and women alike, in need of training to work and support their families; Ethiopian Jews, who still seek to become fully Israeli; and Arabs and Druse, in pursuit of an education that brings dignity and possibility for them and their communities. These groups study and train alongside those from Israel’s more mainstream communities.

And while respectful of the vast differences among its students, Ono College pays less heed to political correctness than to Israel’s development into a more shared society. The better educated and trained the students from among those otherwise left behind, the thinking goes, the stronger the Israeli society.

Despite such lofty goals, and its achievements to date, Diaspora Jews are largely unfamiliar with the college. Its relative anonymity, after more than twenty years in existence, especially given Israel’s fretted-about disparities, is surprising. Most Jews who love and visit Israel have never heard of the place; it doesn’t make many Israel itineraries, though few destinations are as inspiring.

Not unrelated, until now there’s little awareness that Ono’s 12,000 students comprise Israel’s largest college. Or that Hareidim and Ethiopians and Arabs now take their places among Ono’s deans and academic heads. Or that the college has graduated some twenty- five thousand students by now, the majority the first generation of their families to matriculate beyond high school — among them, lawyers, business people, health care professionals and more.

Likewise, a recently opened Ono campus in Jerusalem (designed with the capital’s large number of Hareidi and Arab students in mind) seems to have escaped attention almost entirely.

Israelis, for the most part, are familiar with the college. The Ono faculty, including more than a handful of academic and political stars, have established a footprint on Israel’s social and economic map. It didn’t escape notice when two recent ministers of education, Shai Piron and Gideon Saar, took up teaching there upon stepping down from their posts.

Ranan Hartman, 47, is the renowned Rabbi David Hartman’s youngest of five children. Endowed with entrepreneurial energy and vision, he started Ono more or less by accident. While visiting his future wife at her British law school in 1995, Hartman was initially puzzled as to why so many Israeli students filled UK law schools. Quick research revealed that there were then but 400 spaces in Israel for aspiring lawyers. Hence, the birth of Ono Academic College—first as the Israeli branch of the Manchester College of Law, eventually as a stand-alone college.

Stellar figures have joined Ono’s ranks. Until recently, the dean of Ono’s business school was Yaron Zalika, Israeli Ministry of Finance and Accountant General from 2003–2007. Yuval Elbashan, one of the country’s outstanding community lawyers, heads the law school. Tova Hartman, a leading animator in Jerusalem’s religious community, is a sought after professor, among Arab and Hareidi women in particular.

The Ono leadership is not shy to assert that Israel will not thrive, even possibly survive, unless the national table belongs to the minorities as to anyone else. Access to high-level academic training for all is the means to success. And, while not unique among Israeli colleges and universities in its aims, nonetheless, arguably, no other educational institution focuses on Israel’s minorities– and produces–as does Ono.

Twenty years after encountering Israeli law students abroad, Hartman is determined to change Israel. His faculty and student body are equally saddled up for turning the college into a showcase for twenty-first century social diversity and educational training.

Ono’s graduates show well — in no small part because they land well: In Israel’s aeronautics industry; in banks and service industries; in other educational institutions; as counsellors, teachers and social workers. Their own “tribal” communities benefit — as does the national tribe, which, if Ono gets it right, will evolve into a more cohesive society, even as its members maintain their particular ways.

Like Israel, Ono Academic College remains unfinished, even rough at its edges. But none can deny that this is an educational and social laboratory in which remarkable developments augur hope for Israel’s future. For some, Ono remains in the shadows of Israel’s more well-known universities and colleges. But given what it has achieved until now, that may not last long.

John Moscowitz is rabbi emeritus, Holy Blossom Temple, Toronto, and the author of “Evolution of an Unorthodox Rabbi” (Dundurn 2015). He’s currently writing a memoir of his days as a radical activist in Venice, California.

About the Author
John Moscowitz is the rabbi emeritus of Holy Blossom Temple in Toronto, and the author of Evolution of an Unorthodox Rabbi (Dundurn Press 2015)
Related Topics
Related Posts
Comments