As the clock counted down to the final hours for Bibi Netanyahu to form a government after recent elections, the resulting coalition is much as we all knew it would be. 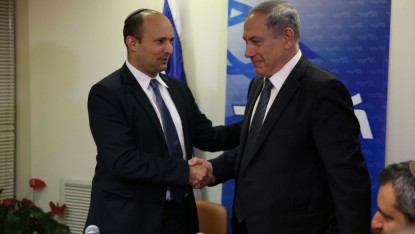 It was late last night, everyone waited with baited breath, beads of sweat forming on their brow, it was down to the wire. Like the last minute of finishing time in a soccer match, everyone was on the edge of their seat. The score, however, more closely resembled Germany’s semi-final blow out against Brazil in the World Cup. Bibi has won and the coalition has come together very much as everyone predicted. Very few surprises have arisen, and only a few minor ones came to fruition during the night. So why the sweat? If Prime Minister Benjamin “Bibi” Netanyahu failed to form a government before the final legal deadline, complete with a parliamentary majority, the President would have had to choose another member of the Knesset to have a go at forming a government; anyone but Bibi.

Would he have chosen Isaac “Buji” Herzog or another Likud MK? Yair Lapid has expressed an interest in the opportunity more than once. Aside from this exciting prospect, everything was basically, well boring. 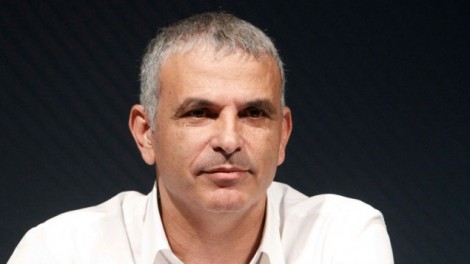 Kulanu (All of Us) Party Leader and former Likudnick Moshe Kahlon mentioned his aspiration to be Finance Minister (FiM), which would place him in position to enact a number of social reforms and efforts to reduce the cost of living for ordinary Israelis, planks in his election platform. Well in advance of the elections, Bibi went on the record that “Kahlon would make an excellent FiM.” It was strongly suspected that Bibi had in mind a coalition with the Knesset’s two Haredi (ultra-orthodox) parties Shas and United Torah Judaism (UTJ). Surprise, surprise! They were among the first eager signers to join the coalition, in spite of the ire of Kahlon and a vast majority of Israelis.

Perhaps the greatest surprise is that Avigdor Liberman and his Yisrael Beteinu (Israel is Our Home) Party, will be joining the opposition. His party fell to five seats, its worst result in nearly a decade. Unwilling to be relegated to a lesser role in the next government than he has held in previous governments; he has served as Foreign Minister (FM) for the last six years. The FM is widely considered one of Israel’s top portfolios along side the Defense Ministry (DM). Liberman has stepped down from office for short spates over his tenure as he has undergone investigation and prosecution for alleged corruption, so far evidence has been found lacking. Liberman’s nationalism will be absent from the current government.

As for the privileged Haredi, who enjoy exemption from military service, publicly funded religious schools (Yeshivas), publicly funded religious schools for their children, and a wide range of welfare benefits, their presence in the government will mean regression from the popular reforms championed by Yair Lapid over the past two years. The Haredi prefer for men to study in religious schools rather than serve in the military or work. Some 2 in 3 Haredi men of working age are chronically unemployed. They leave their wives to work, care for their children, and collect government social benefits. This indolent lifestyle, which is deeply out of touch with what is written in the Torah, is so important to them that they will stop at nothing to continue to gouge Israeli taxpayers at any cost. As if this was not enough, they go out of their way to impose religious laws on society, including gender segregated public busses, a kosher food certification process that resembles the Sicilian Mob rackets of the mid-Twentieth Century in the US, and efforts to shut down conveniences on Shabbat.

Hiddush, an organization dedicated to religious freedom and equality in Israel, has published a detailed analysis of what the return of the Haredi to government will mean in terms of policy and legislation. Hiddush also released a recent poll showing the Israeli public’s ongoing and overwhelming opposition, 62% in fact, to the participation in the government of the Haredi. Some 87% of Israeli voters, including 88% of Likud voters, would prefer that Kahlon’s Kulanu Party control the Knesset Finance Committee rather than the Haredi parties. Why has Bibi brought them into the coalition? Quite simply because once bribed with more privileges and benefits for their constituency, they are stable and consistent partners in government. Bibi desperately wants to go three or four years with this government.

Naftali Bennet threw in the last little surprise when he decided to demand the Foreign and Justice ministries for himself and MK Ayalet Shaked, while preferring the Education Ministry, which Bibi had previously offered Bennet, to MK Uri Ariel. Bibi offered the Education portfolio to Bennet but also promised the unprecedented step of including Bennet in the Security Cabinet. Thus, even though relegated to a lesser portfolio he would remain a part of critical national security decisions.Liberman’s decision to sit on opposition and his subsequent resignation as FM has given Bennet still greater aspirations.

The deal then reached will keep Bennet as Education and Diaspora Affairs Minister, give Shaked the Justice Ministry, and will offer Uri Ariel the Agriculture Ministry. Over all, a good deal for Bennet. Shaked has been leading efforts to restrain judicial power in Israel and amend the method by which justices are appointed. Bibi will want to avoid a showdown with the Supreme Court, but Shaked and Bayit Hayehudi will be in position to advance their agenda to some degree.

The coalition as it stands is thus made up of Likud (30), Kulanu (10), Bayit Hayehudi (8), Shas (7), and UTJ (6) for a total of 61 seats, precisely a majority. Many analysts are predicting that the government will not be able to accomplish much, given that it must have the unanimous consent of all coalition parties and their members in order to pass any legislation. This can be accomplished, however. Those who underestimate the durability of this slim coalition may have surprises awaiting them.

This government may very well go some distance, much to the surprise of its detractors. Like many, I have always felt that oversize coalitions, that is, those with more parties then are needed to hold a majority, are more stable. After all, could the PM not fire one or more parties from the coalition at any time? The appearance of flexibility proves to be precisely the Achilles Heel of such governments. Benefits, such as important portfolios and committee assignments, have been doled out to unnecessary parties, thus reducing the influence and prestige of other parties in the coalition. The resulting friction seems to weaken the government and can lead to an early collapse. I might note that Bibi’s last government had 68 seats and Tzipi Livni’s no longer extant Hatnuah (The Movement) Party with its 6 seats was unnecessary to the coalition. Livni’s coordination with Herzog and Lapid helped to weaken the government, which ultimately collapsed late last fall leading to the recent elections.

An excellent professor I had the privilege to study under made the point that in his opinion, the primary reason we attend university and earn a bachelor’s degree in anything is to understand how to create, analyze, and draw appropriate conclusions from empirical data. We all hold preconceived notions that guide our actions and thoughts. Personal preferences and notions are not facts, as it were. As educated people, it is our goal to seek out as much objective support for our assertions as possible. The data may point to conclusions very much at odds with our preconceived notions.

Coalitions in Parliamentary Government, by Lawrence Dodd, is a study published in 1976 that compares the duration of peacetime European parliamentary governments in the post World War II era. Dodd noted that a commonly accepted notion that only majority party governments (wherein one party holds an outright majority in the parliament) could be stable and durable, had become an accepted “fact” in many academic minds of the time without the necessary support of objective analysis. His thesis was an effort to disprove this Anglo-American driven notion that only majority party governments can have a long duration and coalition governments, made up of multiple parties, are inherently unstable. In fact, he finds that in some countries with more stable political environments, coalition governments often outlast many of their majority party counterparts. He points out that several other factors contribute to instability and lack of duration that are not unique to multiparty coalition governments.

Dodd’s study asserts, and backs with data, that a minimum winning coalition, that is a coalition that consists of a parliamentary majority but which has no unnecessary parties, has the greatest durability in coalition governments. Undersize or minority governments prove to be short-lived for the obvious reason: they lack the support of the majority. Oversize coalitions with extra parties often suffer from the afore mentioned frictions and collapse early. Minimum winning coalitions have greater durability. The results of this study would seem to bely the preconceived notions I once held about coalitions.

Instability results from a priori (from before) unwillingness to bargain, the degree of information certainty in terms of party cohesion and bargaining position, and party and social cleavages are the factors that contribute to instability. While some of these are not challenges in majority party governments, information uncertainty and cleavages among interest groups are certainly matters that weaken and bring down such governments even though they are not made up of multiparty coalitions.

One major factor in the question of stability, is that of political polarity. In this election a fractious Israeli right generally pulled together around the PM and the centre-right around Moshe Kahlon. These parties are increasingly polarized and disparate from one another on policy matters. Israeli voters are increasingly concerned with domestic issues like the Haredi privileges and political power, real and perceived economic disparities, and a general sense that policy is going in the wrong direction. 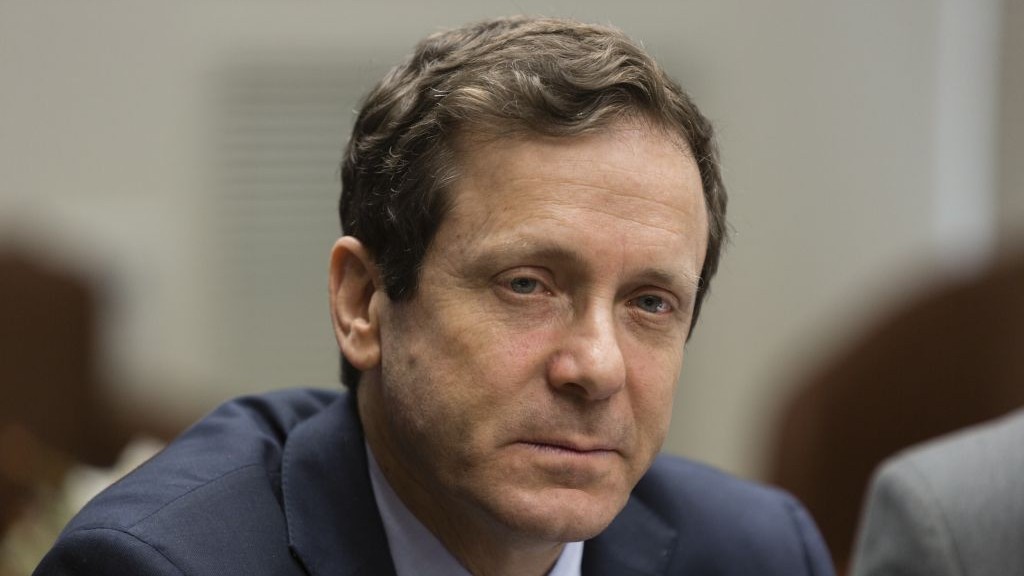 How long this government lasts may be a function of the national security issues it is poised to address rather than the social concerns that are becoming primary among voters. Foreign threats cannot reign supreme in the minds of Israeli voters forever. They may have lost this round, but things are looking up for the Israeli left. This government may mean a brighter future for Buji Herzog and Yair Lapid.