While questions are asked in the British Parliament and while journalists, television news pundits and the twitterati pound Israel for the number of dead at the Gazan border, Israeli politicians will be basking in the warmth of victory.

Hamas did not pass. The border was maintained. Furthermore the Israelis sent a message to Hamas; It doesn’t matter how many people you send like lemmings to the border, we will kill them and do it in full glare of the international spotlight. We will not flinch.

This is what the former head of the Shin Bet and current chair of the Knesset Foreign Affairs and Defense committee Avi Dichter meant when he said:

[Security forces] won’t let anyone put soldiers, and certainly not civilians, in danger,….The IDF has enough bullets for everyone. I think that ultimately, the means that the IDF prepared, whether non-lethal, or if needed, lethal, in cases where it’s justified by the open-fire regulations — there’s enough ammunition for everyone.

The clashes on the Gaza border with Israel have been ongoing for months with the stated aim being to have a million people take to the border.

The first demonstration was on the first day of Pesach and the plan was for the apex of the demonstrations to be today, May 15th, Nakba Day.

On the first day over a dozen Gazans were killed and the death toll has been rising ever since. Though if you were living in London or New York you might not know that since the media only really jumped on it in the context of the US embassy moving from Tel Aviv to Jerusalem. President Trump has given American recognition of Jerusalem as the capital of Israel.

The juxtaposition of the two events happening at the same time makes for a bleak instant summary of the day. 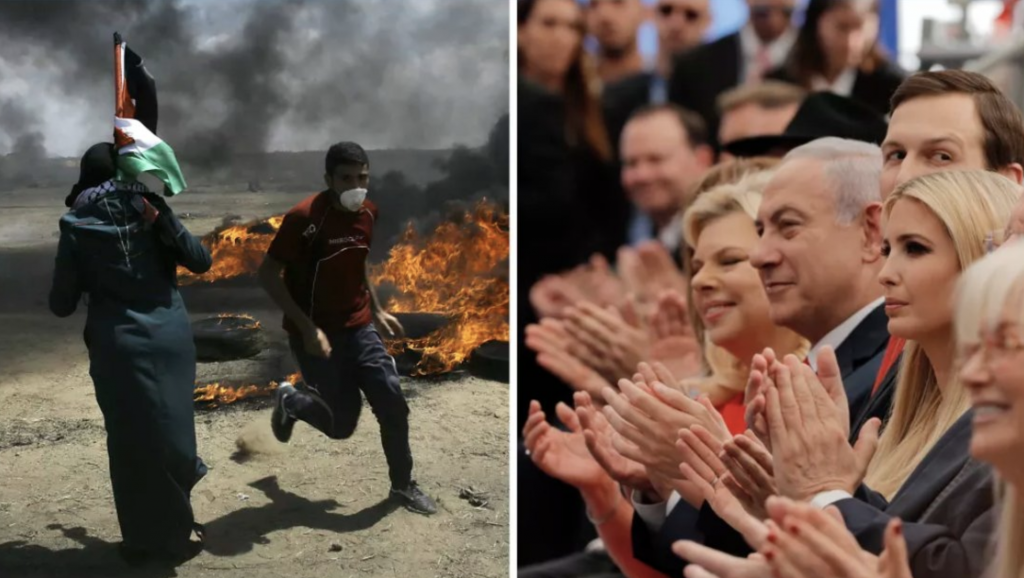 Much smaller groups consisting mainly of young men, some throwing stones and rolling burning tires, pushed forward toward the fence. These were met mainly by tear gas grenades dropped from mini-drones. And every few minutes, individuals darted forward to reach the fence and other border installations, trying to wreck them or set them alight, and were hit by sniper fire.

This was from the demonstrations at the start of the wave that has now reached its crescendo. The bodycount serves as testament to the rising intensity.

Something that has fallen by the wayside was the original proposition that Hamas weren’t behind these demonstrations. I first heard this put forward by Rami Younis at the start of the demonstrations. He argued that left wing groups and Fatah were behind them and they were avowedly non-violent demonstrations. The rhetoric and publicity put out by Hamas since then has made a lie of these words.

In fact the tension on the border has been rising markedly over the last few days with little attention paid to the actions Hamas has taken against their own gas supply (among other things):

There are also several documents online referring to Hamas instructions to demonstrators that should be acknowledged. This one in particular caught my eye: 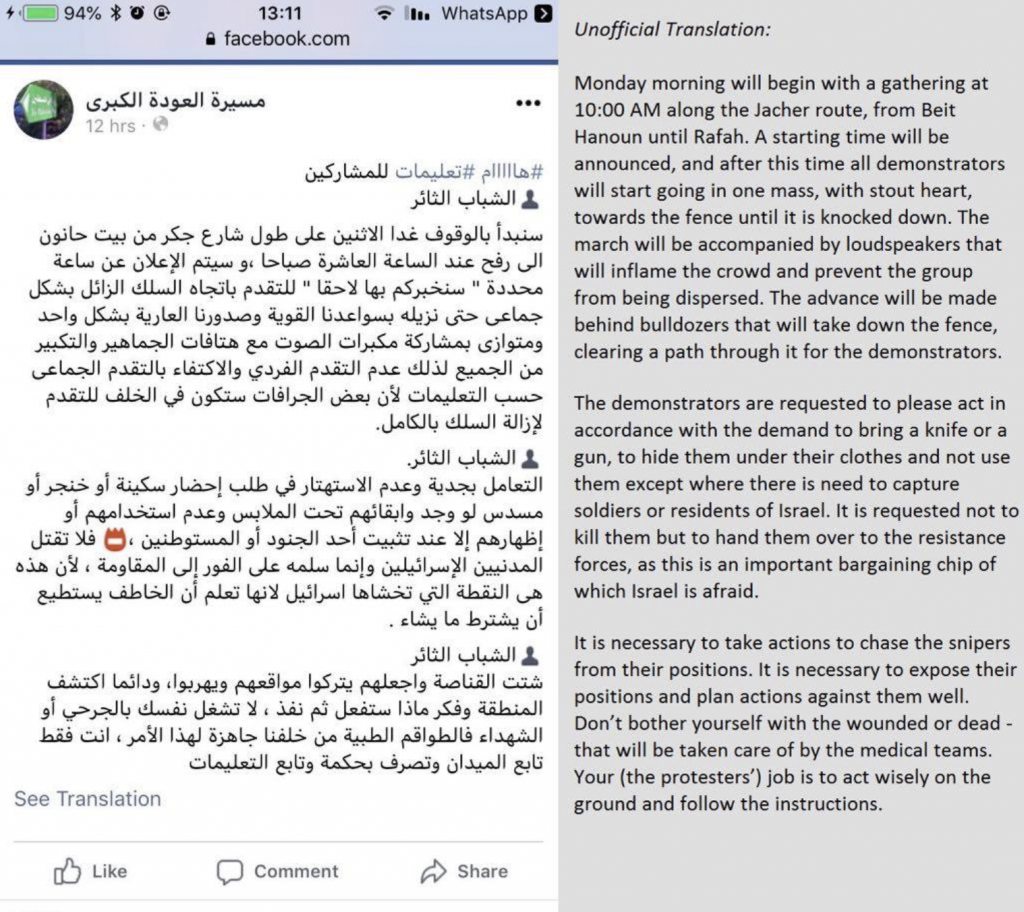 Israel has come in for a great deal of flack, the bodycount – and the lack of one on the Israeli side – have come in for particular question. How dangerous can these riots really be if the rioters haven’t succeeded in killing a single Israeli soldier?

Writing in the Jewish Chronicle Daniel Sugarman wonders if the IDF is doing enough to keep the bodycount low, in fact he goes further, castigating the state of Israel:

In front of the entire world, Israel keeps shooting, and protestors, including those younger than my friend Gal was in 2002, keep dying. You may tell me that Hamas wants these deaths, wants to create martyrs, wants to fill the hearts of the people of Gaza with rage against Israel because the alternative is for people to look at their lives in Gaza and rage against Hamas. But if you tell me that, why are you not asking yourselves why Israel is so willingly giving Hamas exactly what it wishes?

Sugarman can accept that Hamas are callous enough to throw human fodder into the breech to die but he cannot accept that Israel will take on the task of killing them. What we’re witnessing in Gaza right now is communication between the Israeli government and Hamas with the words written, as usual, in blood.

I fear such blood is a result of an Israeli inferiority complex vis a vis Arab brutality. As if Israel needs to kill a bunch of Palestinians every now and then just to prove it can be every bit as tough as her neighbours who wouldn’t spare a thought or shed a tear for killing this many people.

But what Israeli and Palestinian politicians should be asking themselves right now is, is this what victory looks like?

If it is we can all fear for the future.