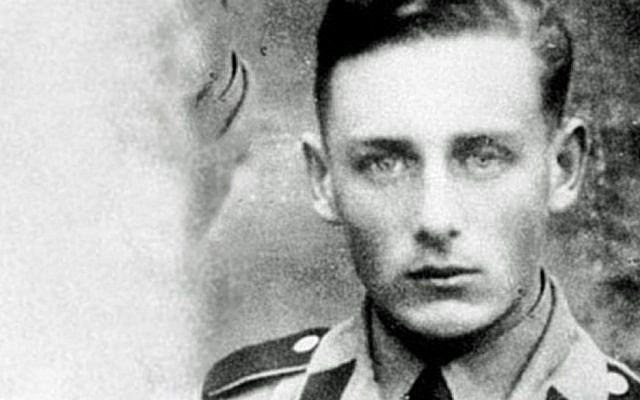 For what feels like the umpteenth time, we hear once again about the saga of Helmut Oberlander’s status as a Canadian citizen.

Oberlander spent the Second World War as a member of Einsatzkommando 10a, a Nazi death squad responsible for the murders of more than 90,000 Jews in Russia and Ukraine. Einsatzkommandos were one of the subgroups of the Einsatzgruppen, the notorious mobile killing units infamous for carrying out mass murders throughout Nazi-occupied Europe.

The Einsatzgruppen were the ones who led civilians, primarily Jews, into forests and fields to dig their own graves before being shot at point-blank range. Some of the most recognizable and horrific images of the Holocaust, of mothers shot with their young children in their arms, are of Einsatzgruppen members carrying out their work. Indeed, the Einsatzgruppen played a prominent role in covering Europe with the mass graves of innocents.

The biography of Oberlander is all too familiar for those who follow these cases. A member of an Einsatzgruppen subgroup, he served as a translator and interpreter between the Einsatzkommando and the local populace. From 1941 to 1943, he lived and worked full-time with Einsatzkommando 10a as they pursued their policy of mass murder throughout Europe.

Following the near-inconceivable horrors of the Holocaust, Oberlander entered Canada in 1954, lying about his actions and affiliations during WWII. He became a Canadian citizen in 1960. That he entered Canada by fraudulent means is well accepted. The federal government has revoked his citizenship multiple times, only to have it reinstated. Finally, in 2018, a Federal Court judge ruled that a 2017 decision by the federal government to strip his citizenship was indeed lawful. The next step was to be deportation to Germany, where he would be tried for his crimes.

Now, in the sickest of ironies, Oberlander is being forced to relocate, and he does not want to go. So, his lawyers are yet again pleading for the kind of humanity never extended to a single victim of the Einsatzkommando.

The arguments presented by his lawyers would be laughable if they were not, in fact, being brought before an actual court. His lawyers argue that Oberlander, now 95, is too old, too frail, and unable to fully comprehend the immigration process and court proceedings against him. They say it is difficult for Oberlander to hear charges against him in court. They claim the decades-long procedures have left him vulnerable, and his ability to defend himself is compromised. Unbelievably, these arguments are delivered by his counsel with a straight face.

Of course, the victims of Nazi death squads were not able to argue for mercy on these – or any – grounds. Whether victims were old, frail, or hard of hearing, was of no concern to their murderers. While Canada’s legal system is one that strives to uphold human rights and equality under the law, these appalling appeals for mercy must end.

In an audaciously offensive argument, Oberlander’s lawyers state that his ability to remember has been diminished due to old age. In a country in which we have vowed repeatedly to “never forget,” it appears that Oberlander is forgetting. And, according to his lawyers, forgetting the very atrocities in which he was involved should now be reason for him to remain in Canada.

This new round of appeals and proceedings for Oberlander amounts to a gross exploitation of Canada’s citizenship laws. This case should be closed. Indeed, the status of Oberlander’s Canadian citizenship has been determined four times, each time resulting in its revocation.

Canada is not a haven for Nazis. Our citizenship laws were not intended to protect war criminals and those complicit in genocide. This ongoing cycle of legal proceedings, court decisions, and appeals, must be concluded.

There will never be justice for the victims of Einsatzkommando 10a, but there can be sanity in our court proceedings. The government and the courts have spoken. Repeatedly. Oberlander’s citizenship has, after decades of due process, been revoked. It is time for him to leave Canada and face the consequences of his callous inhumanity during the Holocaust.

About the Author
Based in Ottawa, Shimon Koffler Fogel is President and CEO of the Centre for Israel and Jewish Affairs (CIJA) - the advocacy agent of Canada's Jewish Federations.
Related Topics
Related Posts
Comments