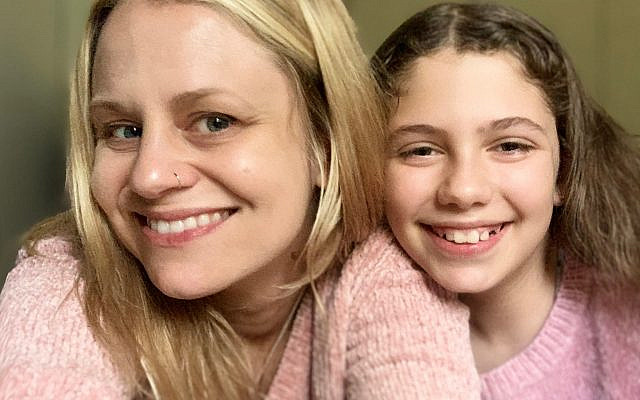 This time ten years ago, I was sitting on the couch with two kids at home, measuring my time in cups of coffee and Friends reruns.

I was a new mom with two babies under two – and I was miserable.

I didn’t expect it to be this way – all I wanted was to be a mom and spend time with my kids. I dreamt about it from the time I was little, and that fantasy got stronger and bigger and as soon as I hit my early twenties, I was hungry for it.

But when my daughter was born – looking more like Lord Voldemort than I care to admit – along with the waves of love and gratitude that came when I held her in my arms, I felt…. bereft.

It was supposed to be this beautiful time.

I was SUPPOSED to sit there on the couch and beam like some glowing earth mother goddess and hold my baby girl while she snuggled against me.

Sure, I knew she would cry… but I was her mother, and I would be able to sooth her.

I knew there would be diapers and spit-up and sleepless nights, but …but I was sure I was ready for it. I was sure that the love I would feel would transcend projectile vomiting and leaky diapers and 3 am feedings.

The truth is, it did. But it also wasn’t that simple. 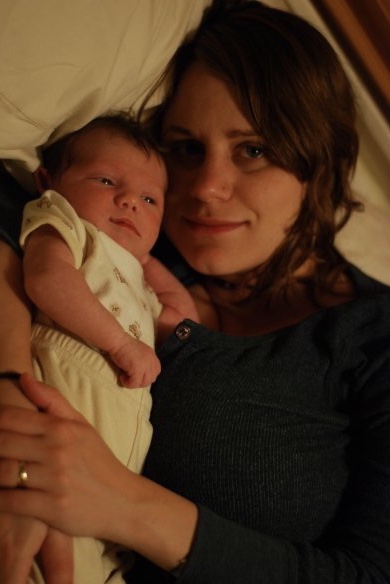 I had a hard time.

First came the anxiety. Like, I couldn’t sleep even when she slept because I would stand there by her crib watching the rise and fall of her chest.

Everything in my head was a worst case scenario. The streets were obstacle courses full of invisible predators… viruses, pathogens… plus, she was colicky and I couldn’t make her stop crying.

I didn’t let anyone hold her except for her father and her grandmother because I was afraid that she might get meningitis, or smallpox.

I once saw a teeny tiny flea hop against the floor, and I called the doctor to ask if she would contract bubonic plague.

You think I’m joking? I am not.

Anxiety is a nasty bitch and that anxiety lived with me with her arms wrapped around my throat for several months… she clawed at my skin and squeezed every part of me until all my little hopes and dreams for motherhood eked out of me in quiet hiss.

But my hormones settled, and my daughter grew, and she got her vaccinations, and the colic lifted suddenly and the pediatrician promised me that she didn’t have the plague.

And the anxiety lifted. But it left behind something else:

A big old hole of emptiness. 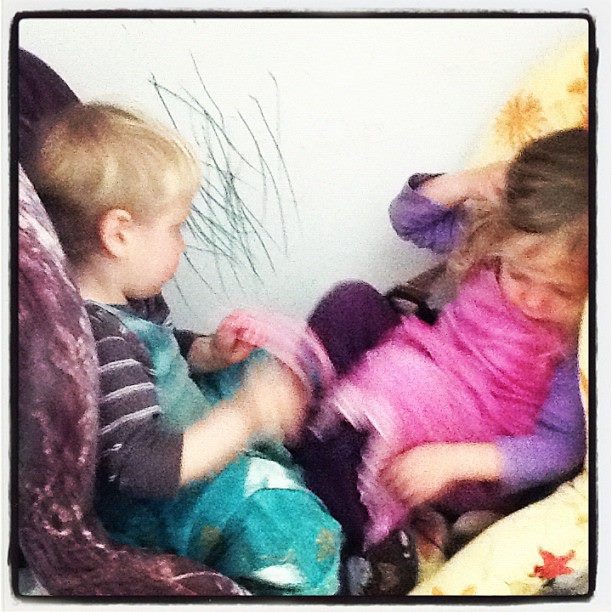 Time did pass because that’s what time does whether we want it to or not.

And now I wish I had done it differently.

I wish I had been in the moment.

I wish I had leaned into how difficult it was.

I wish I had embraced the suckage.

And it’s been on my mind a lot as my kids get older – they’re ten and eleven now and so interesting and fun and growing up and more independent every other second. 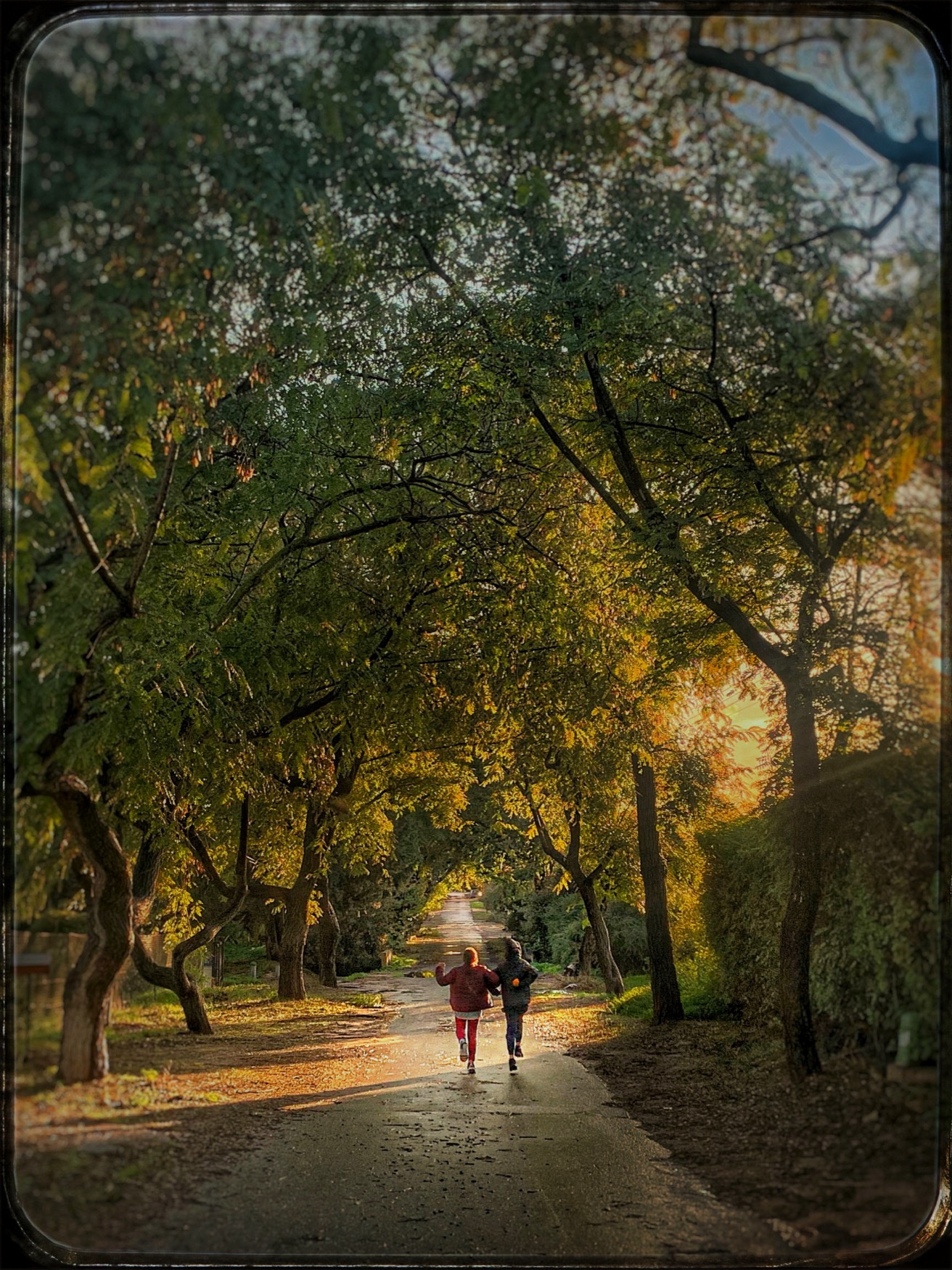 My son plays guitar and wants to be a rock and roll singer, and my daughter draws and had the lead in the school play. They’re so big – and I regret it now, how I missed that time at home – like literally, missed it because I was so GONE… and I wish I could be in it again and feel it wash over me like cold rain…

“Maybe I’ll get a chance to do it again,” I told a friend.

“Why would you want to go back to that?” she asked. “You hated that baby phase when they were around all the time and you had no freedom.”

“You’re right – I did kind of hate it – but I want to experience it again KNOWING that it’s hard, and that it sucks and knowing also that it’ll pass. I want to keep my eyes open. I want to be in it for real KNOWING what I know now.’

That night I looked in on my kids while they were sleeping – they still sleep with their little stuffed animals – my son sleeps with a whale tucked under his chin, his hands above his head like the champion of the world. My daughter sleeps curled on her side with her teddy bear tucked under her arm. She’s already almost as tall as me – and she’s gorgeous – with eyelashes to kill for, and a long tumble of curls.

They’re still young, but not for long. 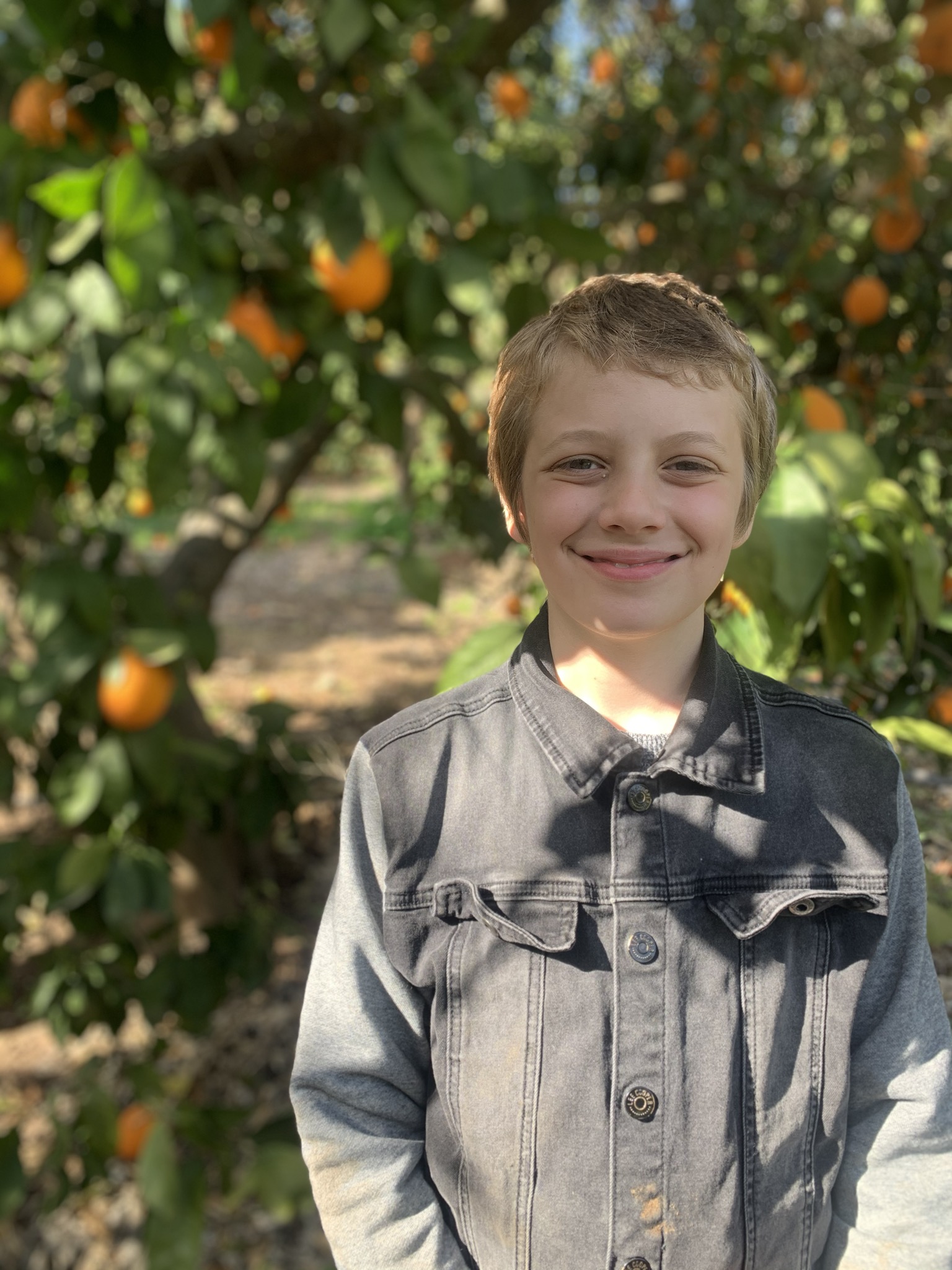 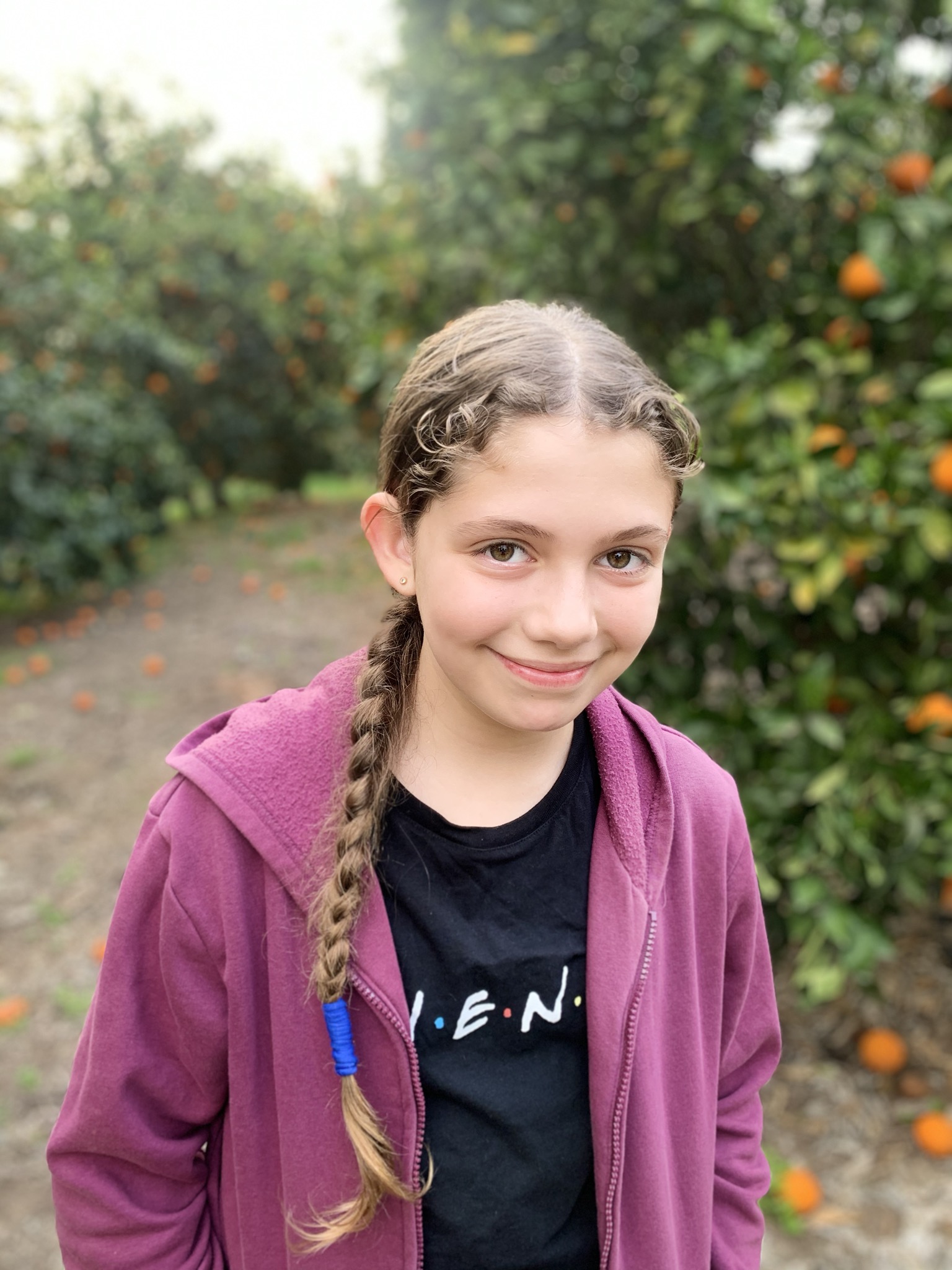 I can already see flashes of their grownup selves in their faces – so beautiful, and so handsome. His wry smile. Her soulful eyes. And then when I look at pictures of them as babies, it’s like… where did those babies go? They were just here a second ago? How did I lose them? Where are they? And I feel the anxiety again like moths inside my chest, and then the sadness… I blinked, and my babies are gone.

That night I stood there for a long time looking at their sturdy sleeping bodies, thinking about that time – and having a hard time remembering what that was like, except knowing that I missed it, and wishing I hadn’t.

“Please give me another chance,” I whispered. “Please.”

Coronavirus has changed our entire world. Our schools are shut. We’re working from home. Our roads are empty and you can hear the wind moving through the trees. And the kids are home.

I’m the one saying it to my kids — because I’ve felt this before, and I’ve lived it before, and I remember it now. And yes, it’s scary and the dangers ARE real, and we are stuck at home, bored out of our minds…. but we are together.

And I get another chance to feel all of it.

And I am leaning into it – all of it – this sticky middle – and all of it isn’t pretty.

They went to bed angry at each other – and it made me sad, then after I said good night to them, I heard them playing truth or dare from their beds… giggling… way past midnight, but friends again. And it was late, and I wanted them to go to sleep, but I was so happy that they had gotten through their fight together, and I felt this warmth inside me like a bubble – I felt so light, and so full, and I FELT IT and I was there. 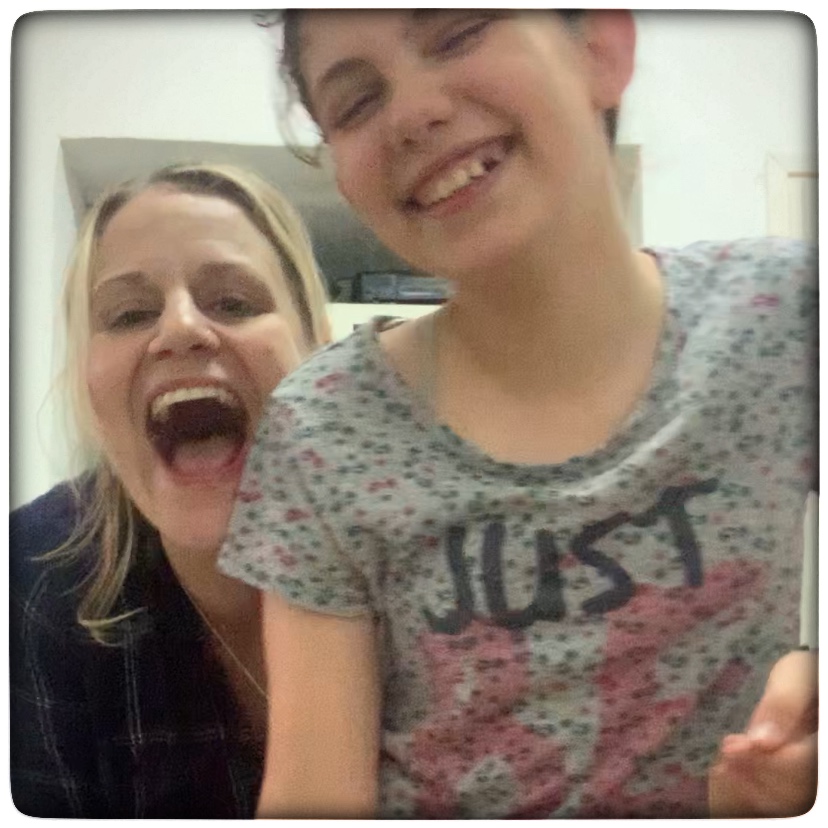 And we are on the couch, too – watching Friends reruns just like old times, except we are laughing together. 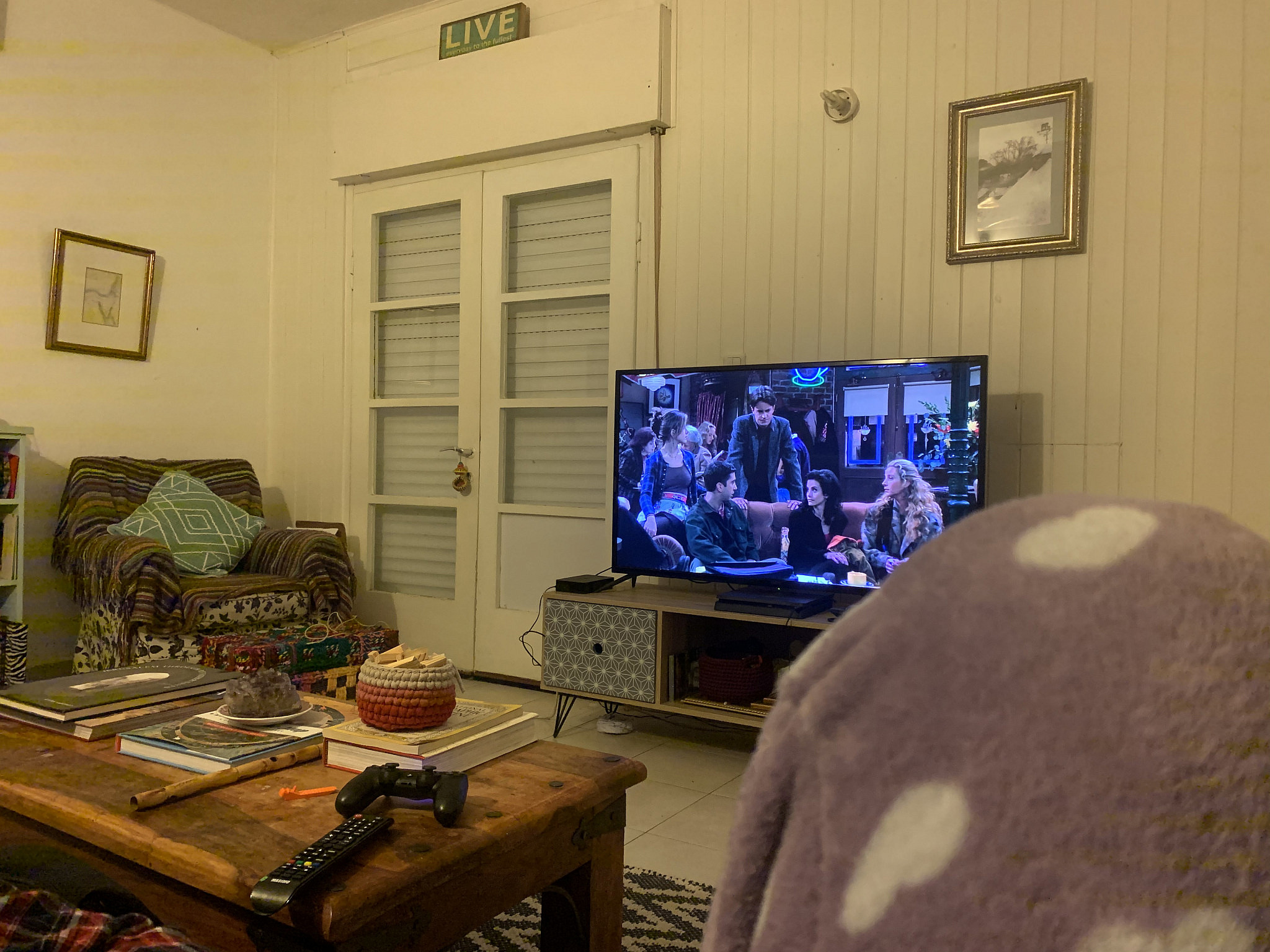 And I am still living each day coffee to coffee, but we clink our glasses and I’m drinking with them. 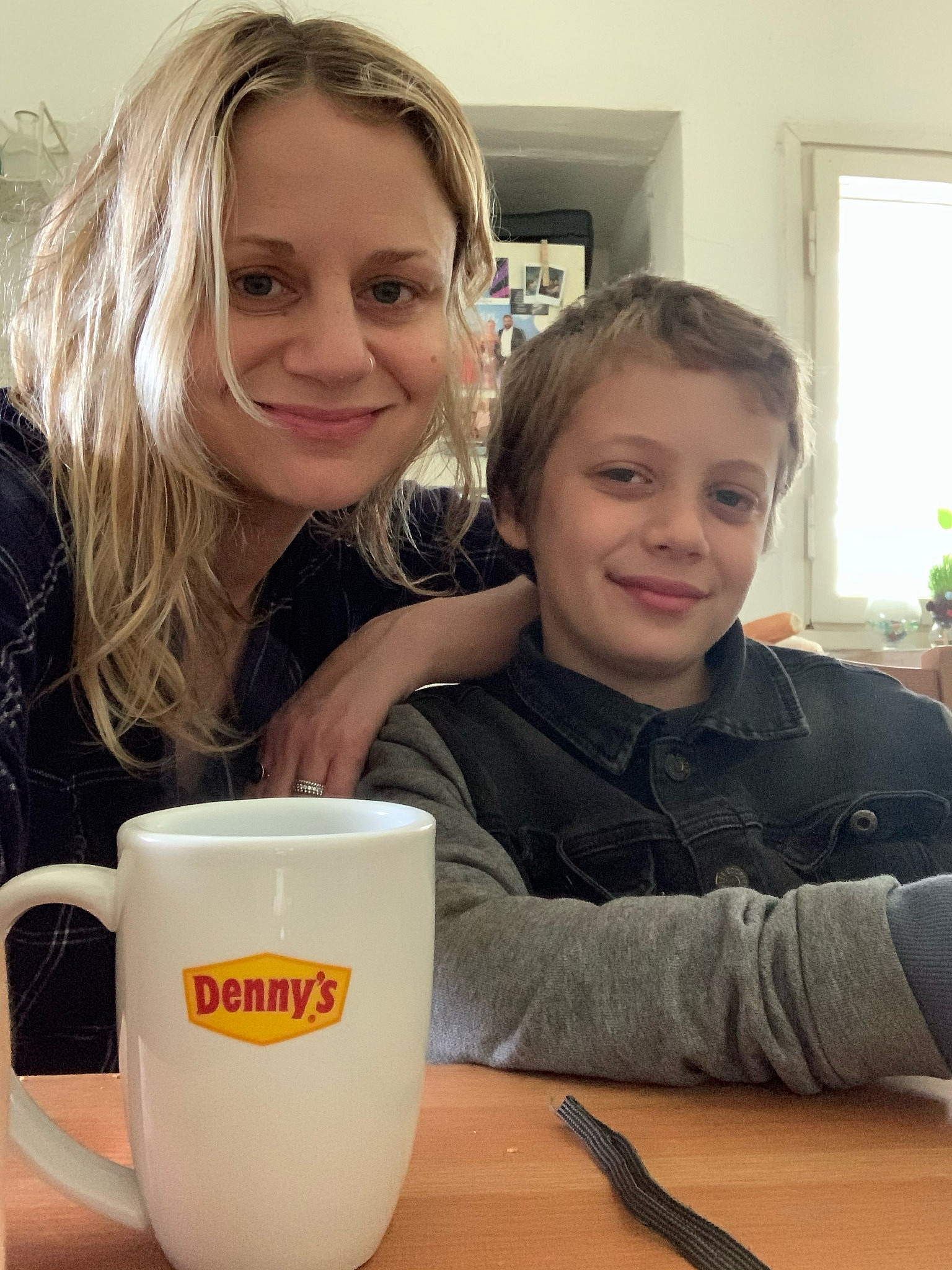 And yes: Sometimes I am bored.

And sometimes  I feel stuck.

And even with the kids and my partner I am lonely since the world is changing into something new.

And there will be messy, noisy times where I’ll feel angry, and heartbroken, and terrified and trapped… but I am here, right here… and I am feeling every last bit of it. 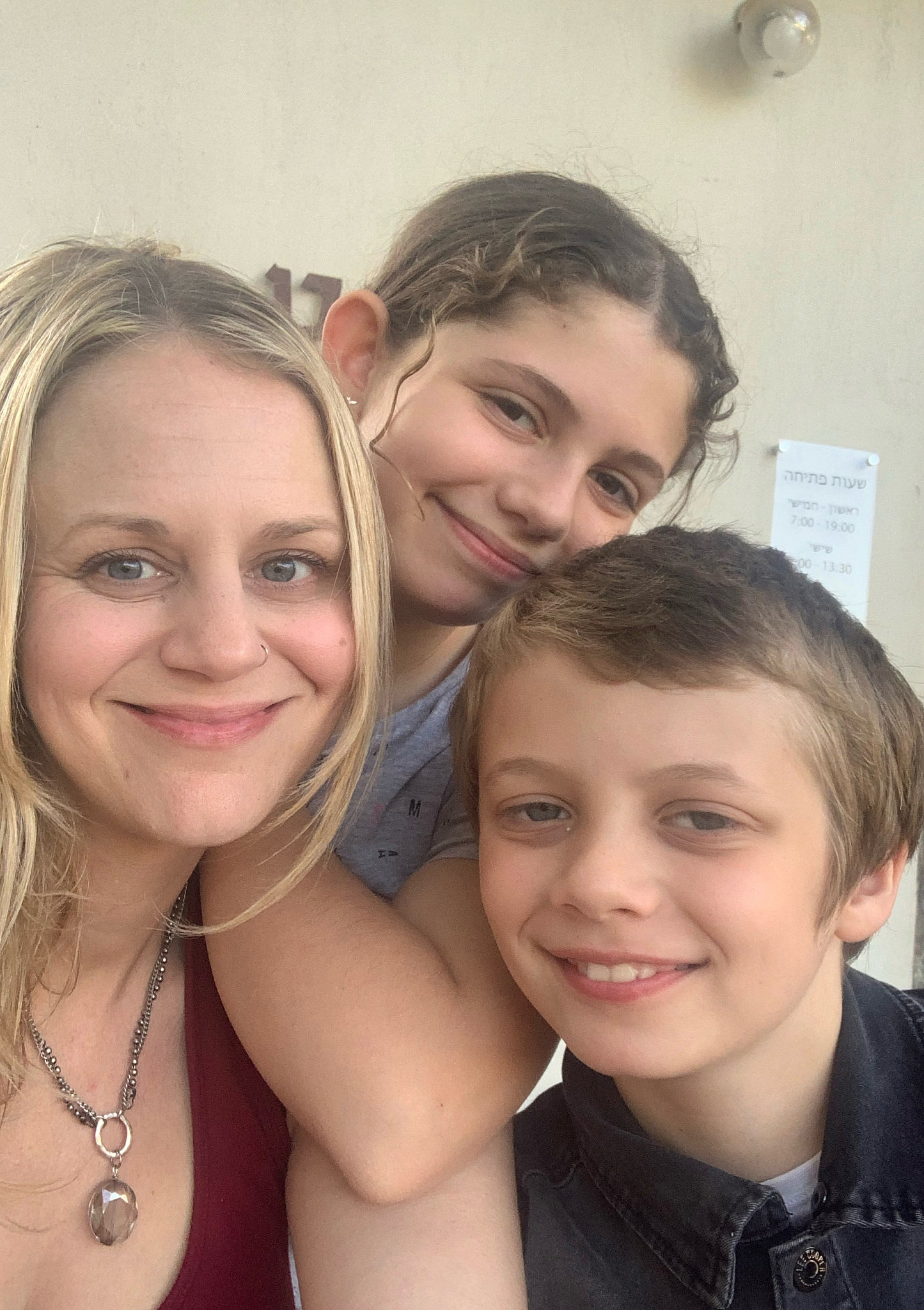