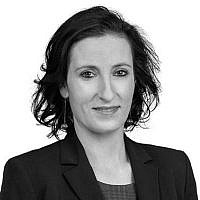 The Blogs
Michal Slawny Cababia
Apply for a Blog
Please note that the posts on The Blogs are contributed by third parties. The opinions, facts and any media content in them are presented solely by the authors, and neither The Times of Israel nor its partners assume any responsibility for them. Please contact us in case of abuse. In case of abuse,
Report this post. 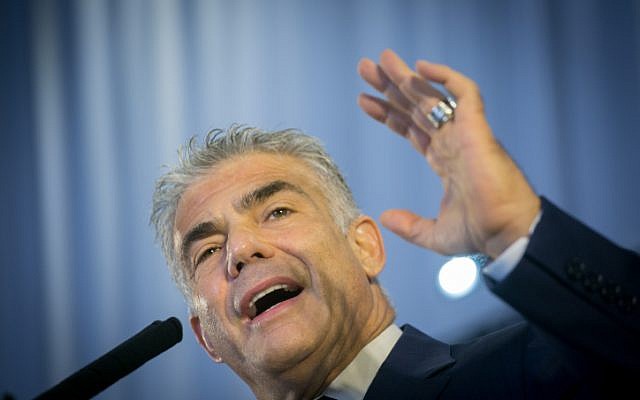 On the day I landed at Ben Gurion Airport 13 years ago, I could never have imagined writing these words. I’m honored and humbled to be a candidate for Knesset. I have always been humbled to lead both the English speakers branch and my local branch of Yesh Atid. To be part of something bigger that gives me a sense of belonging and an ability to improve this country I love so much. The thought of one day being a Knesset member fills my heart with pride.

I joined Yesh Atid as an activist the day the party was founded. I had always identified with Yair Lapid’s centrist vision of Israel’s future. As an olah from the US, I felt that the values and ideas Lapid promoted were those that were important to a vast majority of us Anglos — a commitment to Israel as both a Jewish and democratic state, recognizing the importance of religion, but also recognizing the importance of freedom of religion and tolerance and acceptance of all streams of Judaism, a commitment to liberal democratic values such as gender equality and the rule of law. Yesh Atid has for years been fighting corruption and pushing for political reform to make Israel’s governmental system more efficient.

I remember joining Yesh Atid and immediately feeling like I had found my political home. I remember the warm embrace the party gave to olim like me and so many others. Yesh Atid was one of the first parties to make information accessible in English and to have open office hours for olim.

The challenges faced by olim are complicated. We have to overcome language barriers, cultural barriers, and now the physical separation from our families as the coronavirus shuts off travel. We are lucky to have Zoom, but while so many other Israelis waved to their grandparents from the balcony or saw their parents outside with masks and social distance, we have become used to reminding them to press unmute so we can hear what they’re saying. It is those challenges that I want to help olim overcome. I want to fight for them and make the changes they deserve. I want to be their voice.

These past few months I’ve been working closely with Knesset Members Yorai Lahav Hertzanu and Moshe (Kinley) Tur Paz who have reached out to olim and used their role to help people who are stranded abroad or desperately need to leave the country. Quietly, behind-the-scenes, and without much fanfare, they have helped countless families. That is what being a Knesset member is all about; that’s the role of public servants.

The faith placed in me by Yair Lapid and Yesh Atid is proof to me of the Zionist dream. I look up and down the Yesh Atid Knesset list and see olim who came decades ago from North Africa and others who came more recently from Eastern Europe. Our backgrounds are so different, but our story is the same — we believe in Israel, we believe in Zionism, we believe in the Jewish people. And we believe that we can be a part of the story and make a difference. I don’t know how many Knesset seats Yesh Atid will get, but I do know that the party is committed to fighting for olim like me, whether through Knesset members or through the English speakers branch, which continues to be one of the most vibrant in the party.

On Tuesday, Yair Lapid will be hosting the first major English language event of the campaign. He has always spoken directly to English speakers, in huge town halls and small meetings. Now he is doing it virtually. Join us, come and hear from him directly, come and ask your questions. Then I am sure that you will see what I saw all those years ago as an olah — Israel is our national home and Yesh Atid is our political home.

If you are interested in attending Yair Lapid’s virtual Town Hall meeting in English on February 9th, you can register here.

About the Author
Michal made aliyah from the US, where she worked at the Israel Project in media and communications. She is a candidate for Knesset and the head of Yesh Atid English Speakers branch. She currently serves as project manager at an NGO dedicated to strengthening relations between Israel and the Diaspora. Previously, she led delegations of MPs at ELNET - the European Leadership Network and worked in international economic development at Tel Aviv Global, a municipal company of the city of Tel Aviv-Yafo. Michal has served as a member of the Jewish Agency Board of Governors since 2018.
Related Topics
Related Posts
Comments