“Istria e Dalmazia” is a popular street name in Italy. Not because anyone fell in love with the beautiful beaches in Croatia. It’s all politics. In Italy, like in Israel, streets are often named after historical vents. “Istria e Dalmazia” memorialises the exodus of the Italian population from these regions, that, following the 1947 Treaty of Paris had become part of Communist Yugoslavia. 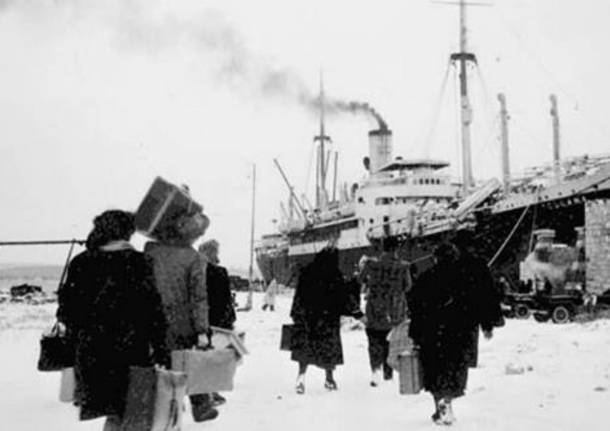 At least 300.000 Italians left these lands. Make no mistake: they were not colonisers. Italian speaking populations have been living for centuries in that slice of Austrian Empire, formerly Venetian dominion.

They had good reasons to escape. For months Yugoslavian forces have been murdering random selected Italians (often antifascists). The corpses -thousands- were thrown, into caves, know locally as foibe: hence the verb infoibare.

The hundreds of thousands of esuli istriani, as they became known, found their way in Italy after. One of the most famous was the fashion designer Ottavio Missoni. Their tragedy became part of the national narrative -hence the street naming.

Unsurprisingly their cause is an evergreen of Fascist propaganda, and for obvious reasons. Is there better proof of how barbaric Communists and their allies are? And of the weakness of the Italian Government, who in 1947 caved to American pressures, giving up part of historical Italy to the Soviets and their allies?  The Fascists have been making such a noise literally from when they have been allowed to re-organise their Party (1948).

Occasionally concessions to their rhetoric have been made, especially under the first Berlusconi Government. There are now many streets named not only “Istria e Dalmazia” but “Martiri delle Foibe” too. Movies have been produced (and State-funded). Monuments have been erected wherever the Right had enough political strength. Some of these memorials have a -perhaps unintended- resemblance to Holocaust memorials. The civil calendar includes, since 2004, a “Giornata del Ricordo” in memory of the infoibati: February 10, few days after Holocaust Memorial Day. 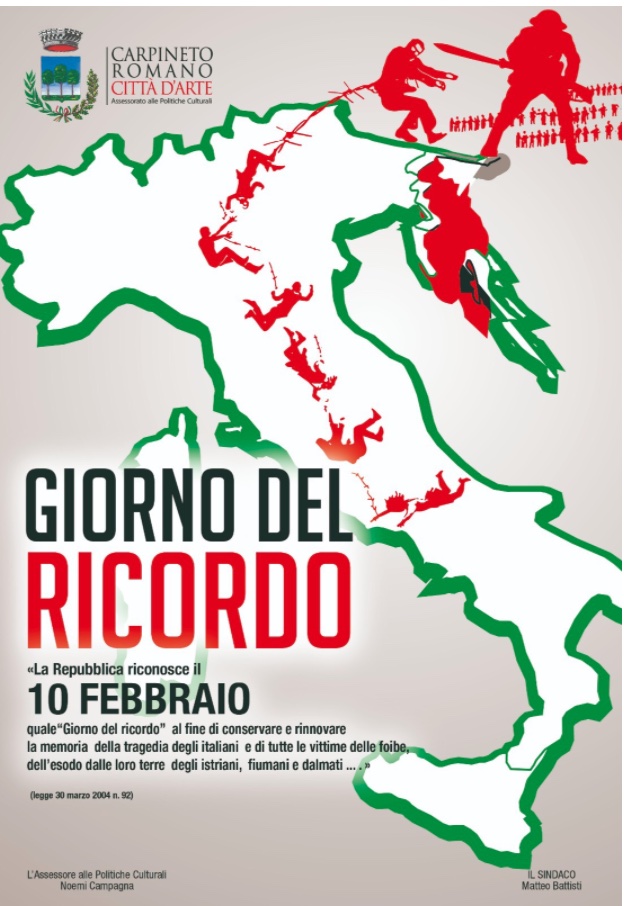 If the words “political exploitation” have crosses your mind, I must tell you: you are right. Because, with almost no support from the refugees themselves, the Fascists have not ceased to exploit the tragedy.

Rehabilitated during the time of Berlusconi, the Fascists are now a constant presence every time historiography and politics cross their paths. If you happen to mention the Holocaust, the chances are that a Fascist will shout back: “E le foibe?”. Or some variation of “e gli esuli istriani?” on the front page of a Right-wing newspaper.  “Look at what has happened to “our people”, by the hands of the Allies – say the Fascists. “We Italian cannot even talk about our tragedy because you-know-who runs the media. All the attention is for the Holocaust and what for us? Nothing!”

No one denies the horror perpetrated by Communist forces in the aftermath of WWII. Villages of hundreds of (Italian) inhabitants in nowadays Croatia became depopulated in a few months. They are now ghost towns. Executions took place at the edge of the caves. The victims were bound to each other with wire. One was shot, the others -still alive- followed down the cave. All these horrors must be remembered.

Yet, that was not a Holocaust.

The Holocaust is unique. Nor for the number of its victims, neither for the religion or ethnicity of the victims. What makes the Holocaust unique is its perversity and the absence of any logic. It makes no sense that the trains to Auschwitz had precedence over the trains to the front, while Germany was at war.

As Jews, we mourn all the victims of massacres; and we commit to healing all the open wounds of history. But we also must call out political exploitations such as what the Fascists play with the tragedy of Italians from Istria and Dalmatia. It is a moral duty to debunk their agenda. We must expose their antisemitic version of history according to which “regular Italians” have been murdered by the Allies – and by shadowy Zionist rulers.

A similar game is at play with the Nakba. Crimes have been committed, by all the sides, during the War for the Independence of Israel. No one denies it. Everybody has heard the name of Deir Yassin (but very few remembers the massacre of Kfar Etzion).

Precisely for that, because no one denies that crimes took place, it is nonsensical talking of an organised “Nakba denial” in the same terms of a Holocaust denial. About what happened in 1948, there is an open debate among historian. It’s passionate and nasty, as many academic debates are. And, above all, there is no censorship.

There is nothing respectable in Holocaust denial.  Like members of a cult, Holocaust deniers believe that USA and USSR, during the Cold War, spent an extraordinary amount of resources only to magnify the crimes of the Nazis. It is a conspiracy theory, indeed.

There are impressive similarities between Holocaust denial and the talks about the 1948 War/Nakba. In both cases there are antisemitic fantasies at play: obsessions with Jewish power, with Jews who run the media, with Zionists who exploit the sense of guilt of the Gentile, and of course Zionists and Jews who punish harshly those brave souls who dare to say the truth. 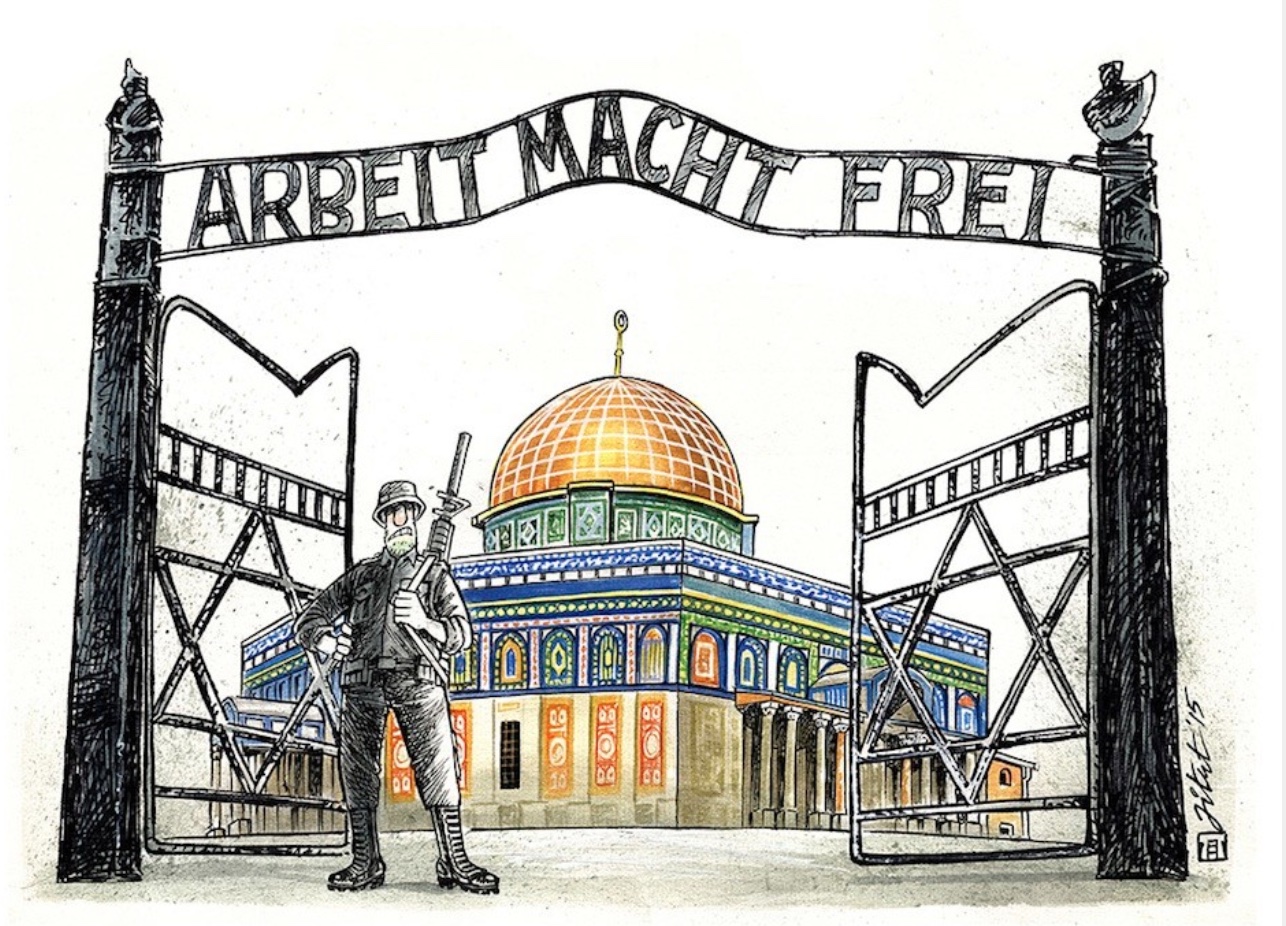 The ultimate goal of those who draw parallels between the Nakba and Holocaust is to criminalise Zionism and to portray the Zionists (and the Jewish communities living in the Land of Israel prior to 1948) as war criminals not different from the Nazi.

This is part of the antisemitic Fascist narrative. “Look at how horrible the Zionists are, stop believe to the Jewish propaganda”. It’s depressing to notice how these themes, once confined in remote corners inhabited by racists and antisemites, seem now to have become mainstream. It’s depressing to see of ignoramuses and antisemites (and various combinations ) who talk of “Nakba denial” in the same way others, more respectable, denounce Holocaust denial.

It is an alarming trend that should concern all those people who believe in the existence of historical reality. It must be stopped; in this important cultural battle, I welcome the help of everyone, including the Israeli Ambassador in the UK. For the sake of common sense.