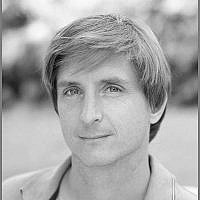 ”Its obviously not about race” Sam Harris said in his podcast a few weeks ago, talking about the root causes of the Trump phenomenon. Now Sam Harris is a brilliant thinker in many ways, but here he shows the way liberal thinkers can miss structure, especially in America. Structure, though, has a way of showing itself again and again in the same pattern that is so hard to ignore. Structure is when you know even before you have seen the pictures that when George Floyd is deliberately suffocated to death by a policeman on camera that the policeman is white, and the victim was black. Structure is that you know when you hear that police have shot an unarmed autistic man in Jerusalem again and again, that he is Palestinian and the cop is Jewish, even before you hear that the victim’s name was Eyad Hallaq. You need to understand structure because if you don’t you can come to focus on individuals. As an individual, Trump is more racist than Netanyahu, yet Trump presides over a country officially and legally democratic and Netanyahu presides over official, legal segregation by race in the West Bank. Not that things are so cheery over in Israel proper either, I was shocked to hear from black and brown people that they must carry their papers with them at all times in Tel Aviv, something I as a white immigrant have never done. Israeli Ethiopians need only hang out for minutes in a richer neighbourhood for the police to show up and start harassing them, as several documentaries have shown.

Harris’ point was that, at its heart, the people with the MAGA hats were most interested in anti-elitism and culture war. Apart from muddling cause and effect there is nothing right wing about anti-elitism. Wait until Harris hears the rhetoric about class struggle and socialism. In fact, I believe anti-elitism is only possible among the populists of the right because of ethnic tension.

Key to the success of the modern populists is the carving up of the media space into bubbles. Facebook is the new frontier of that struggle, where the algorithm helps you create your own reinforcing media bubble where you only read things that you already agree with. Within social media we can all get that great feeling you get at a football match, cheering your team on. The concepts of lügenpresse (look it up) or Trumps idea of Fake News to describe news not under his control feed into this loop. We are beginning to see just how dangerous this kind of rhetoric is with reporters on the protests even being arrested or shot with rubber bullets for doing their jobs. All this hides the fact that, at its root, right wing populism is vacuous, an empty shell held together by frustration and racism.

Of all the reasons that populists came to power in Israel and the US I find anti-elitism least persuasive. The anti-elitism of the right is only skin deep anyway. Trump is apparently not elite although he was born stinking rich because he eats ketchup with his steak. Despite what your lying eyes may tell you, Bibi is not Ashkenazi elite because… some of the media don’t like him? What Bibi and Trump do quite openly with the economy is to shovel wealth from the middle and working classes to the top. The whole thing stinks of fraud. Tax breaks and bailouts for the most privileged and racism for the masses.

The American and the Israeli cases are similar because the structure similarly has an original sin. The American original sin is slavery and the Israeli original sin is that they forced upward a million Palestinians to leave their land in order to create the Israeli state. On top of this they both built states that at their core are democratic. “All men are created equal”, the slave holding founders claimed. This, of course, is hypocrisy. Worse than that it creates two camps, the camp that believes in the document and the camp that believes in the racist social order that they can see with their own eyes. Nothing shows this opposition better than two images from the protests rolling through the US right now. On the one hand we have militarized police, meeting the protesters with rubber bullets and teargas. On the other hand we have the police station in Miami where all the officers knelt down when they met the protesters in solidarity with their cause. This is the clash between what there is and what there could be.

However, let’s not be too dismissive about hypocrisy, it is in many ways better than its opposite. Unlike say, the Assad regime, the US and Israel have the ambition of democracy although this is being tested to its limit. The opposite of hypocrisy is fanaticism, both from the purists who want to end the state and start over with a clean slate, and from the fanatics who believe we should do away with the ideas of democracy and just keep the racism. In many ways democracy has chalked up wins in the long run. In the US the civil war was won bringing an end to slavery, and civil rights were finally won a century later. Half a century later the first black president was sworn in. But we can never take progress for granted. Ta-Nahisi Coats shows us how this very fact, the backlash against a black president, is the defining feature of the Trump phenomenon.

In Israel, although the dream of a Palestinian state to start the healing process for both peoples seems a long way off, we have also seen remarkable successes in democracy over racism. Arab citizens now hold the third biggest party in the Knesset and the colonial projects in the Sinai, South Lebanon and Gaza have all been cancelled. It might be little consolation right now, but the fact is that every Israeli prime minister since the early 90s apart from Netanyahu have realized the danger in keeping the West Bank pacified at the barrel of a gun. In both countries, so much can be undone by the populists in power that we don’t know if we will get back to the democratic track any time soon.

None of this means that all problems in Israel or the US can be derived from the original sin. In fact, often it is the opposite. So much time is spent on the Palestinian issue and on civil rights that all the things that could help Israelis and Americans, black or white, Arab or Jew, are overlooked and pushed aside. Why cannot Americans get access to free health care like the rest of the first world? Why cannot Israel start to tackle poverty from South Tel Aviv to the periphery of the Arab towns? Well, while we squabble about racial issues the grifters and the oligarchs can extend their power unopposed. The most cynical are the oligarchs who sponsor the populists, the Koch brothers and the Sheldon Adelsons of the world, who let racism run rampant while they are living it large, bleeding society dry. But let’s not forget “our” side, the liberal anti-racist oligarchs who also rob us blind, sometimes using progressive values as a cover. People like Jeff Bezos and Mark Zuckerberg, who may well have great diversity plans for their top executives yet scam the state for billions in tax revenues through offshore tax havens. Amazon force their workers to work so hard that they must pee in bottles while Facebooks algorithms are destroying democracy. Racism stops us from paying either of the groups too much heed, let alone gathering the political will to reign them in.

So, let’s speak plainly about the real issues that create misery in our present and in our futures, but let us also be honest about history, structure, racism and original sin. Move past this and all of society wins. Or be suckered into their bogus culture war.

About the Author
Toby Gisle is 42 years old, and a trained circus performer who now works as an English teacher in Tel Aviv. Although he grew up in London, he is originally from Sweden. His writings have appeared in a few different publications in Sweden.
Related Topics
Related Posts
Comments 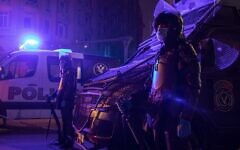