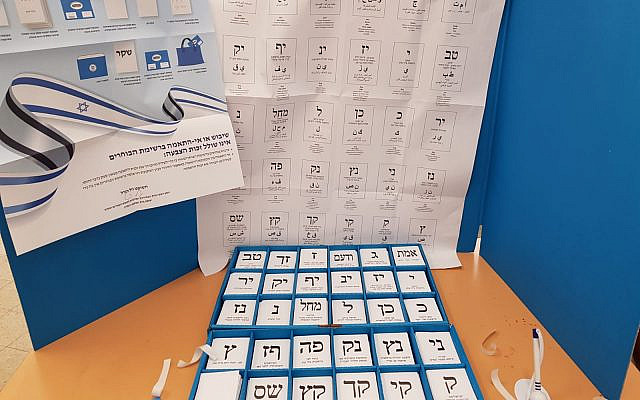 Israeli voters will head to the polling stations on Tuesday for an unprecedented fifth time in less than 4 years. In fact, Israel now “holds the award” for calling more general elections in the 21st century than any other country worldwide.

That’s quite an achievement because Israel is currently beating previous unstable coalitions from The Netherlands, Belgium and Italy. Even Britain has ONLY held 3 general elections since 2015.

Forty parties have registered to run on Tuesday, but only 11 are expected to cross the electoral threshold which requires a minimum of 4 seats. In all polls over the last 4 months, the Likud led by Bibi Netanyahu, has never slipped below 30 seats and will once again become the largest party.

Bibi’s rival is Yair Lapid who last week celebrated his party’s 10th anniversary since its launch. This week a Channel 13 poll put his Yesh Atid party on a massive 27 seats, but that comes at the expense of the two far-left parties,

Labor and Meretz who according to the survey, are both on 4 seats and dangerously close to not passing the threshold.

The Religious Zionists led by former cabinet minister Betzalel Smotrich and his far-right number two, Itamar Ben-Gvir, reached 14 seats in all polling last week. That’s around 750,000 people who say they will vote for the Religious Zionists. If these numbers are turned into actual results, it will make them the third largest party in the Knesset.

Contrary to popular opinion, they are NOT all far-right-wing mostly uneducated anti-Arab extremists. Perhaps around 30,000 to 40,000 but that’s it.

The overwhelming number of these 750,000 voters are planning to support the “anti-establishment” Religious Zionists party. We have seen across the western world a phenomenon that mainstream voters are turning away from their traditional parties.

In the last two weeks Sweden and Italy have rejected their traditional parties and chosen a different path. Some in the media call it far-right-wing fascism, but that rhetoric is usually reserved for those who wish to shut down the conversation.

These Israeli voters know that when Smotrich and Ben Gvir say they are right-wing, they mean it and will never join a coalition with Labor and Meretz.

To put in easy-to-understand language, there are two camps: The Pro Bibi and Anti Bibi blocs.

Its Likud, Religious Zionists, Shas and UTJ versus Yesh Atid, National Unity, Yisrael Beytanu, Labor, Meretz and Ra’am. The Arab Joint List is right now against both of the two blocs.